Swimmer assisted back to shore

SEA POINT:At 17h45, Saturday, 27th October, NSRI were alerted following reports that Police were on the scene at Queens Beach where a man was swimming beyond the kelp line and there were concerns for his safety.City of Cape Town Law Enforcement officers responded to assist Police on the scene.Concerned citizens raised the alarm fearing for the mans safety after he appeared to ignore warnings by Police on the scene to return to the shore.A joint emergency services response was activated.NSRI Table Bay and NSRI Bakoven dispatched a shore crew and NSRI rescue swimmers responded to the scene.NSRI Hout Bay, who were on the water at the time conducting routine training, responded their sea rescue craft Albie Matthews.NSRI Bakoven duty crew responded their sea rescue craft Rotarian Schipper.NSRI Table Bay responded their sea rescue craft Spirit of Day.Cape Town Fire and Rescue Services Dive Unit, Community Medics, ER 24 ambulance services and WC Government Health EMS rescue responded and the Police Dive Unit were placed on alert.An NSRI Bakoven rescue swimmer and a member of the public, using a body board, swam out to the man to secure him.NSRI Table Bay rescue swimmers, arriving on the scene at the beach, also swam out to assist.All 3 sea rescue craft arrived on the scene only seconds apart from each other and additional NSRI rescue swimmers were deployed into the water from the sea rescue boats and the man was rescued onto a sea rescue craft and he was taken to Three Anchor Bay slipway where paramedics attended to the man and he was taken to hospital for further care by ER24 ambulance in a stable condition. 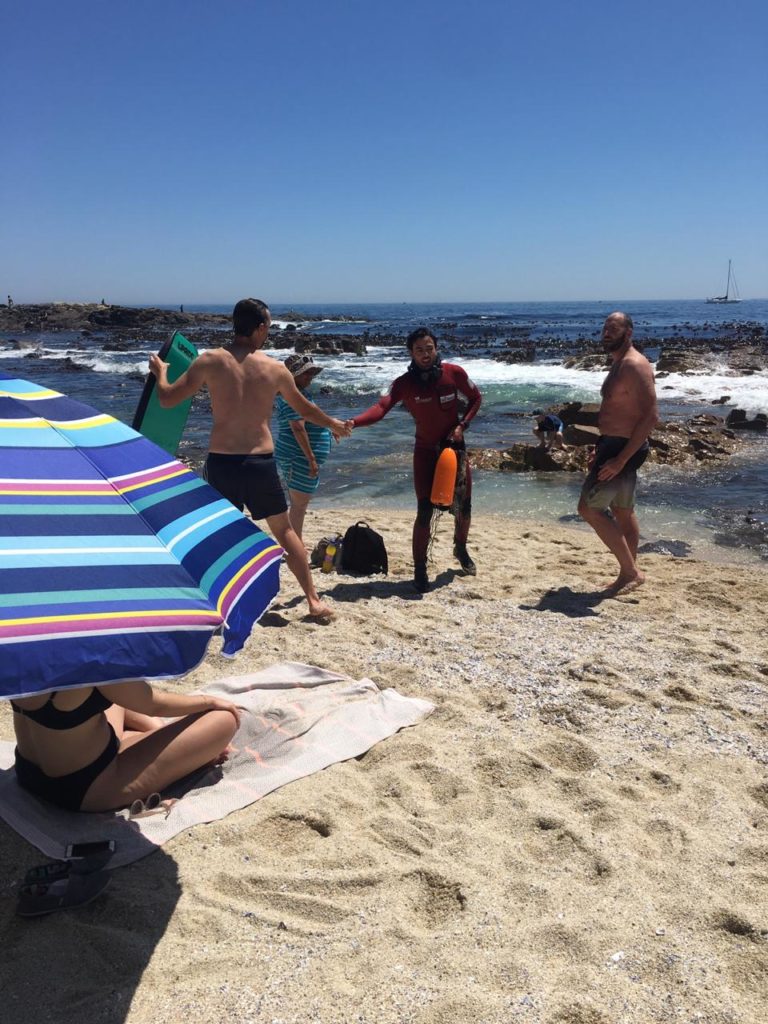 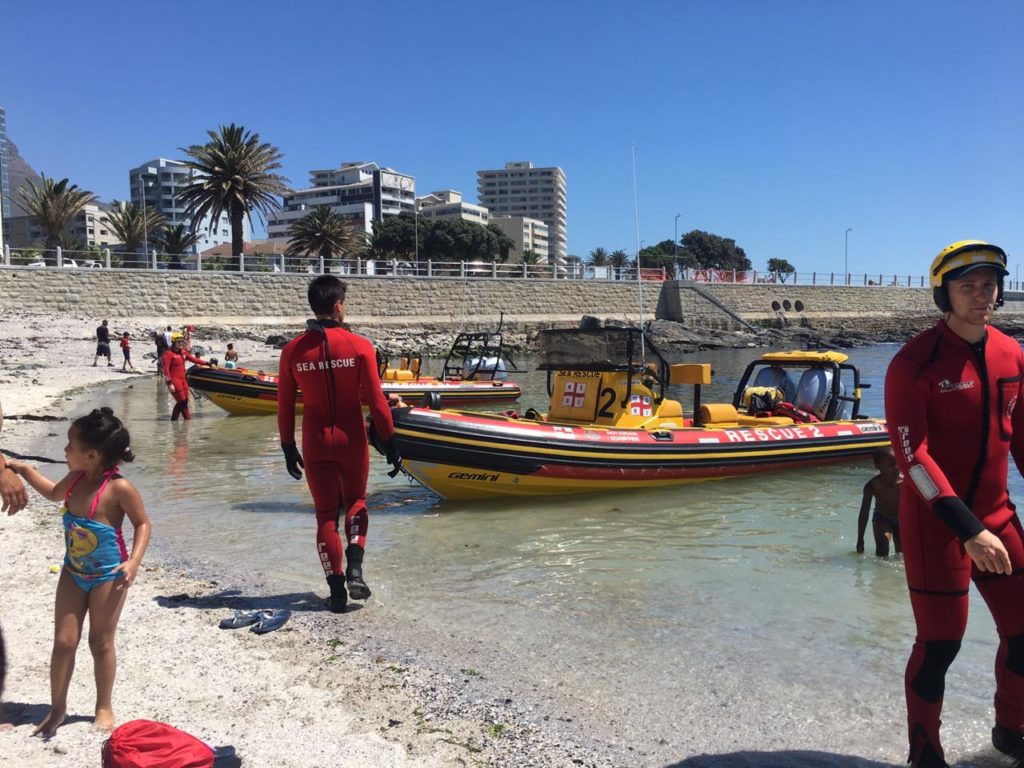