Marc de Vos, NSRI Table Bay duty coxswain, said:At 18h29, NSRI Table Bay duty crew, during routine training exercises, we were activated by the Transnet National Ports Authority (TNPA) following a NSRI RSA SafeTrx emergency activation intercepted by MRCC (Maritime Rescue Coordination Centre) indicating a local paddler on a surf ski off-shore of Queens Beach, Sea Point, activating the emergency button of his NSRI RSA SafeTrx.NSRI Table Bay attempted to contact the paddler while launching the sea rescue craft Spirit of Vodacom and while responding to the coordinates the paddler continued to not answer his phone but the track of the SafeTrx showed that he continued to be mobile and was heading towards Mouille Point at between 3 and 4 knots. Additional emergency activations were continuing to be sent from his phone.A NSRI staff member went to the Sea Point Promenade to scour the shoreline.On arrival at the coordinates, by that stage off-shore of Mouille Point, we found a bunch of paddlers all paddling along in the direction of Granger Bay. None of the paddlers indicated that they were in any difficulties and continuing a search of the area showed no surfskiers to be in any difficulty.In an effort to prevent any of the group of paddlers from having to stop in the swell to check their phones we waited for them at the entrance to OPBC (Oceana Power Boat Club). As they passed us we called the name of the paddler (the name provided to us by the NSRI RSA SafeTrx alert). We found the paddler who on investigation noticed that his phone was 'pocket dialing' the emergency activation while he was paddling, a total of 11 accidental activations.Finding him safe and in no harm, we confirmed that this was a false alarm with good intentions and no further assistance was required.To download the NSRI SafeTrx app, please click here.TO REPORT A SEA RESCUE EMERGENCY DIAL 112 FROM A CELLPHONE 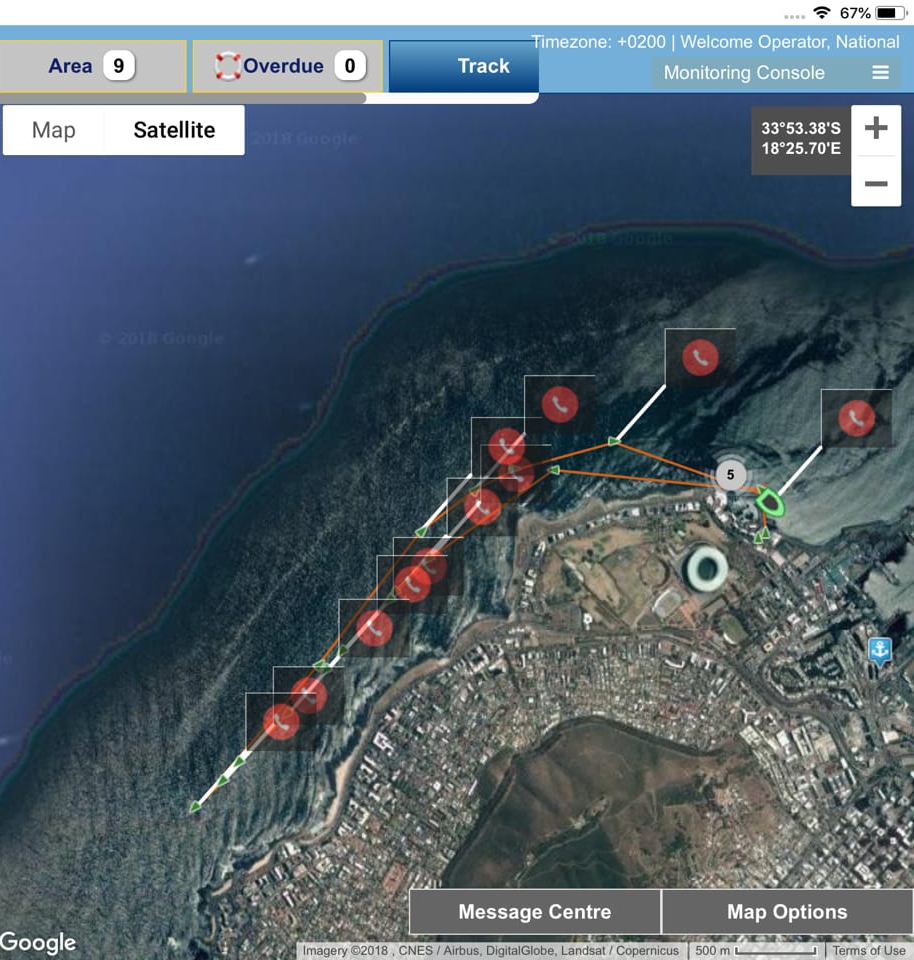