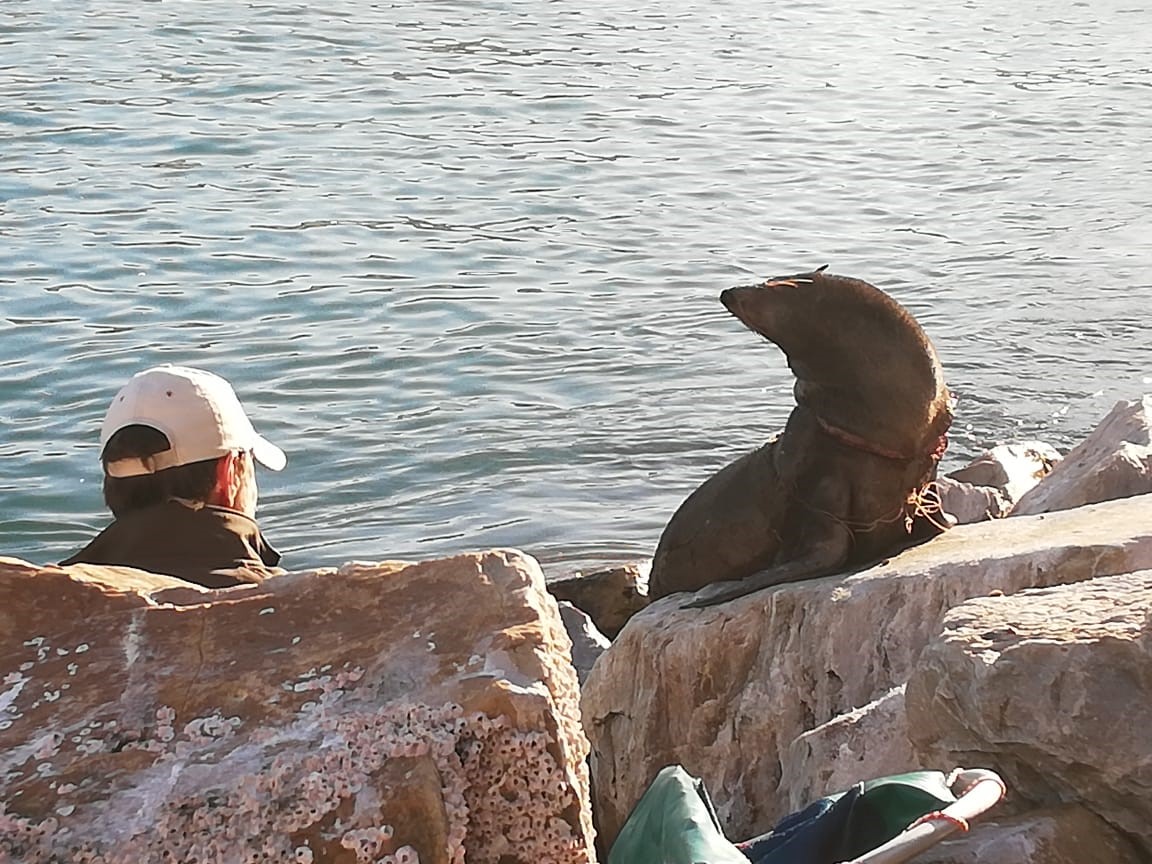 At 13h48, Monday, 13th August, NSRI St Francis Bay duty crew were activated following reports from SANCCOB (SA Foundation for the Conservation of Coastal Birds) who were on the scene at Shark Point after members of the public called in for a seal entangled in fishing gut, sitting on rocks.

The seal, believed to be a Cape Fur Seal, had been spotted on Sunday at the Port of St Francis sitting on rocks and NSRI St Francis Bay crew went to help SANCCOB members and Bayworld research members on the scene. Attempts to capture and then free the seal from entanglement in fishing gut were unsuccessful after the seal was too quick and slippery and managed to escape efforts at attempts to capture the seal.

Our NSRI duty crew responded to Shark Point today to join SANCCOB members already on the scene.  SANCCOB volunteers had used a specialised net, that Bayworld had loaned them for the operation, to capture the seal and they were able to cut thick fishing gut that entangled the seal.

After all of the fishing gut was cut free, and recovered for disposal, the seal was released and the seal is expected to survive this ordeal.

The concerned members of the public who called to report the incident are commended for their efforts.

At 13h15, Monday, 13th August, NSRI Mossel Bay duty crew and NSRI Wilderness duty crew were activated following reports from DAFF (The Department of Agriculture Forestry and Fisheries) research boat DEREK 1 reporting to have rope fouled around their 13 meter boat motor propellors and they were dragging anchor in heavy surf and may be at risk of running aground from half a nautical mile off-shore of Herolds Bay with 7 crew onboard in 3 meter heavy sea swells.

We were not aware at that stage that the local Mossel Bay private boat Proppies, skippered by the son of the salvage diver that we had onboard Rescue 15, had heard of the ordeal while they were approaching Mossel Bay harbour from the Gouritz River side and already being on the water and able to reach the scene quickly the skipper of Proppies had diverted to also responded to see if they can be of any assistance at the casualty boat.

When sea rescue arrived on the scene Proppies already had a towline attached to the casualty boat and were holding her off-shore and we believe this quick reaction saved the casualty boat DEREK 1 from running aground.

NSRI Wilderness sea rescue craft remained on the scene for safety and as a platform for the salvage diver to operate from.
NSRI Mossel Bay’s deep sea rescue craft Rescue 15 took over the tow from Proppies and towed the casualty boat DEREK 1 to deeper water where the salvage diver, under the watchful eye of his son, the skipper of Proppies, the salvage diver was able to cut all line free of the casualty boats motors and the DEREK 1 was able to motor to Mossel Bay harbour under her own steam and no further assistance was required.

NSRI commend the swift action of the skipper and crew of Proppies. 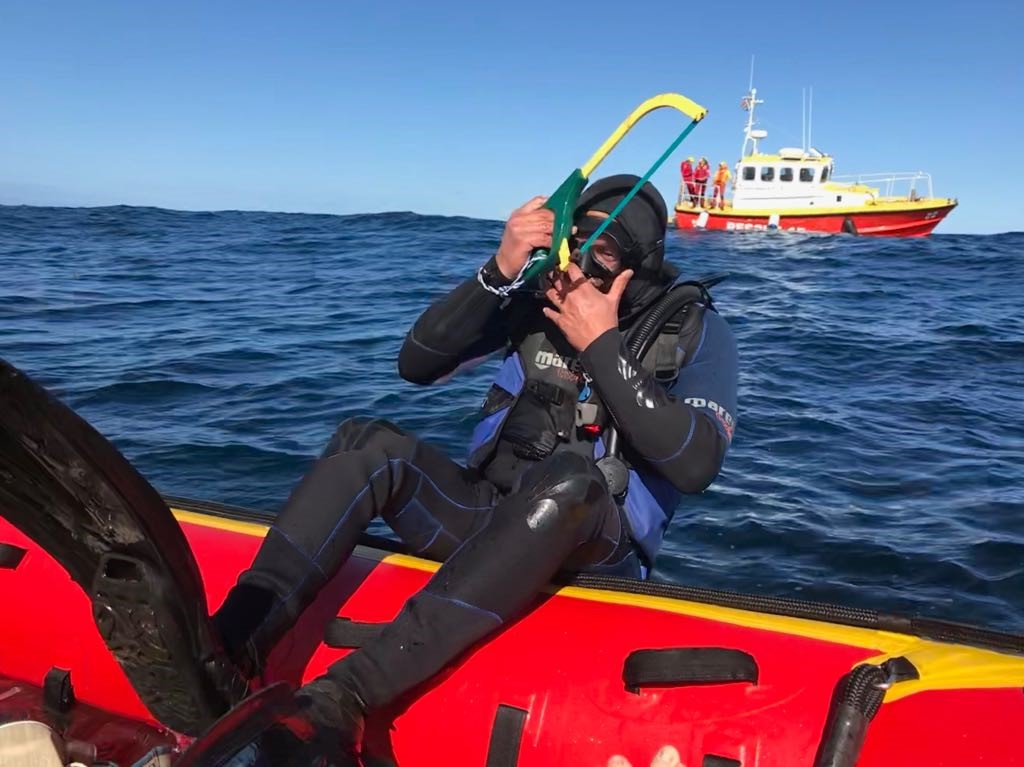