At 14h30 on Wednesday the 6th of December, NSRI Witbank Dam duty crew were activated following reports from SACCW (SA Crime Community Watch) that one of their members was trapped by flash flood in his vehicle on a bypass between Komati and Hendrina (South East of Witbank).

We instructed the lady SACCW member on precautions to take while our rescue vehicle, carrying our NSRI Swift Water Rescue Swimmers, responded to the scene where we found the woman had managed to get her vehicle out of the flood water and she was safe.

5 Vehicles were trapped in flood waters and water had started to subside allowing the motorists to get to higher ground and there were no injuries.

Our NSRI members remained on the scene guiding traffic and ensuring public safety until the SA Police Services, a Police Dive Unit and Emalahleni Traffic Services arrived and took over control of the scene.

With no more persons at risk and the flooded roadway in the control of traffic authorities and the Police, NSRI were released from the scene at 18h30 to return to base. 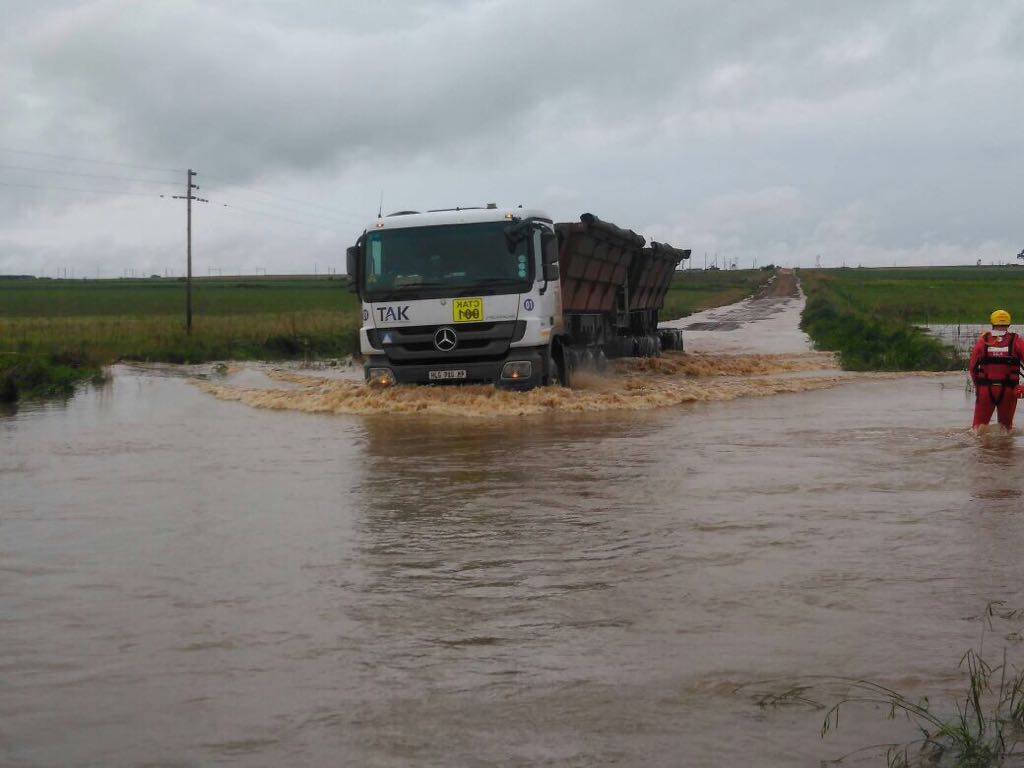