Once safely berthed water extrication pumps were used by NSRI crew and the casualty ferry was pumped free of water and re-floated and secured to a berthing where she remains berthed at Murray’s Bay harbour, Robben Island. 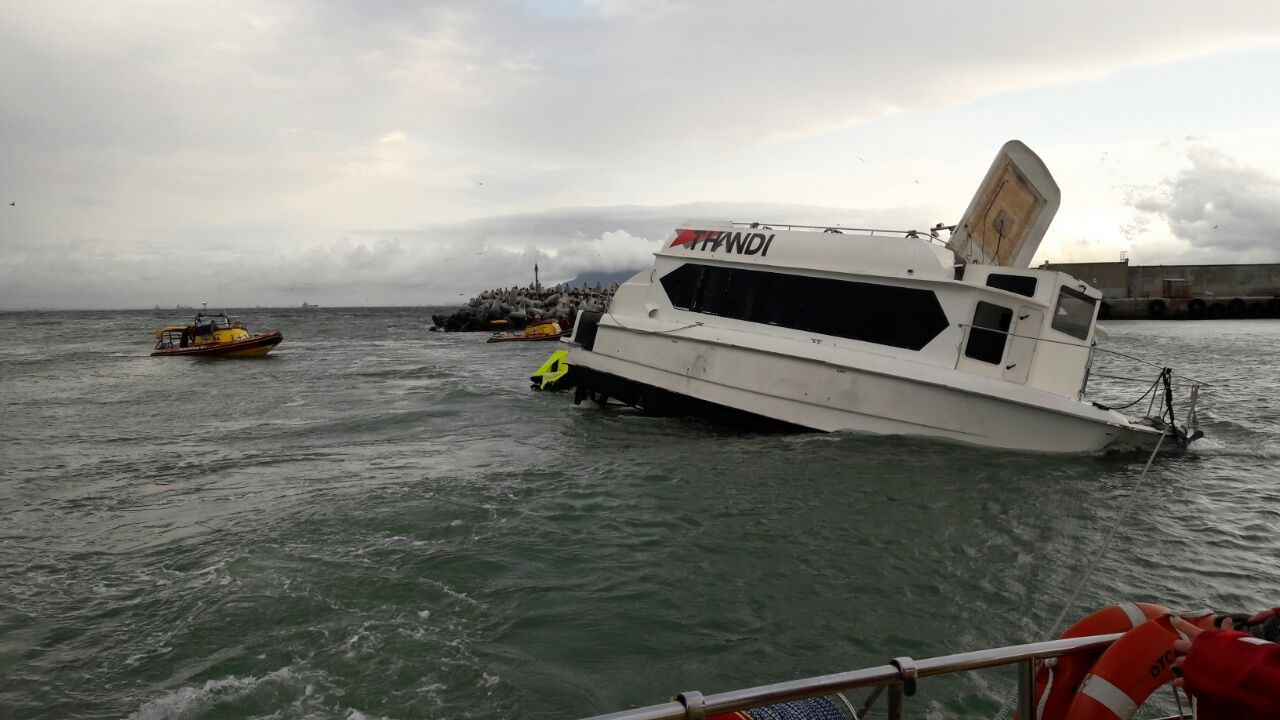 Only one Police Sea Borderline Police boat was dispatched. The second boat was a DAFF (Department of Agriculture Forestry and Fisheries) boat.
Community Medics also responded and Community Medics paramedics assisted in the coordination at the triage post that was set up.
Only one local passenger and one local employee were transported to hospital as a precaution.

The NSRI Table Bay sea rescue craft Spirit of Day and Spirit of Vodacom were launched to join the Robben Island passenger ferry Madiba 1 that were already on the scene.

The AMS/EMS Skymed rescue helicopter and the ASR (Air Sea Rescue) and a SAAF (SA Air Force) Oryx helicopter were activated. Skymed was later stood down and the SAAF Oryx remained on alert but was not required to respond.

There were reported to be 68 passengers in total which included the 4 crew of the ferry.

A JOC (Joint Operations Control) was set up at the Transnet National Ports Authority Control Tower and rescue craft were directed from the NSRI Table Bay rescue base.

All passengers and crew of the casualty ferry were transferred by NSRI “Spirit of Day” from the casualty ferry and from life rafts onto the Madiba 1 and onto NSRI’s Spirit of Vodacom and brought to the Port of Table Bay where they were assessed by paramedics and only a few passengers were treated for mild hypothermia.

All passengers and crew are accounted for. As the rescue operation progressed some of the resources were stood down no longer required.

SAMSA (South African Maritime Safety Authority) are alerted and an investigation into the cause of the vessel taking water will be investigated.

Efforts are being made to recover the ferry.