The SA Police Services have confirmed to the NSRI that an inquest docket will not be opened following the passing away of a fisherman.
He sadly died of natural causes after suffering a seizure on board the Chokka fishing boat Silver Explorer.
Sincere Condolences are conveyed to his family, friends and colleagues.

The Seagull was captured and transported by our NSRI crew to SANCCOB (SA Foundation for the Conservation of Costal Birds) for rehabilitation and is expected to make a full recovery.

Then during our routine exercise the yacht C-Gull requested our assistance reporting motor failure with 5 crew onboard (4 males and a female) just off the Port of Table Bay and requiring a tow to the Royal Cape Yacht Club (RCYC).

Our sea rescue craft Spirit of Day rendezvoused with the yacht. A tow-line was rigged and we towed them to the emergency moorings at RCYC without incident and once safely moored no further assistance was required. 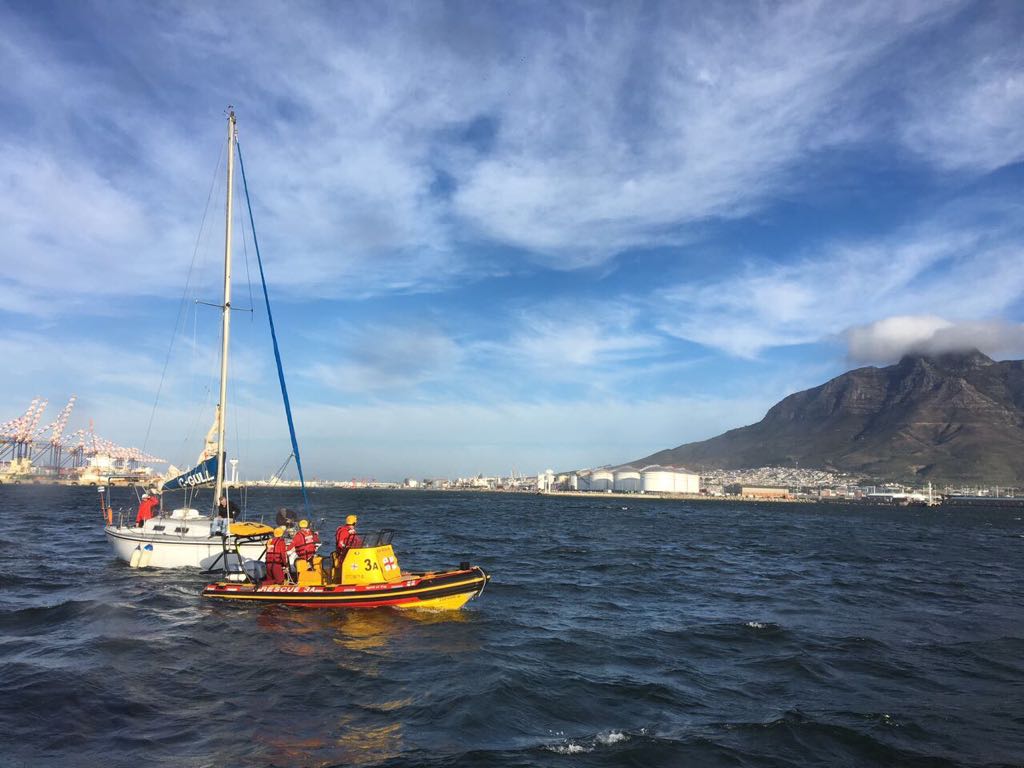 Silver Explorer were heading towards the Port of St Francis from Kabaljous and just prior to our sea rescue craft Spirit of St Francis II arriving at the rendezvous the skipper confirmed that his crew member had died.

On arrival on the scene NSRI medics were put aboard the Silver and confirmed that sadly the fisherman was deceased.

Silver Explorer continued into Port where they were met by the SA Police Services and the body of the deceased fisherman has been taken into the care of the Forensic Pathology Services.