Deon Langenhoven, NSRI Hermanus station commander, said:  At 09h41, Monday, 26th June, NSRI Hermanus duty crew were activated following a request for assistance from two fishermen reporting to be safe, at anchor, but missing their outboard motor which had fallen off and disappeared under water off-shore of the Palmiet River Mouth, between Betty’s Bay and Kleinmond.

Our sea rescue craft South Star was launched and on arrival on the scene, 500 meters off-shore, in a stiff 15 knot North Easterly wind and 1.5 to 2 meter swells, we took the 2 men, from Ocean View, Cape Town, aged 32 and 35, safely onto our sea rescue craft and we took their boat under tow and towed the casualty boat, a 4.8 meter open fishing boat, safely to Hermanus New Harbour without incident where their boat was recovered.

They had launched earlier from Kleinmond but on reaching their fishing grounds their new outboard motor which had only just been fitted and was in use for the first time fell off from unknown causes and disappeared under water.

It remains unknown if they will be able to find the motor or recover the motor and the owner of the fishing boat, from Steenberg, Cape Town, will investigate. 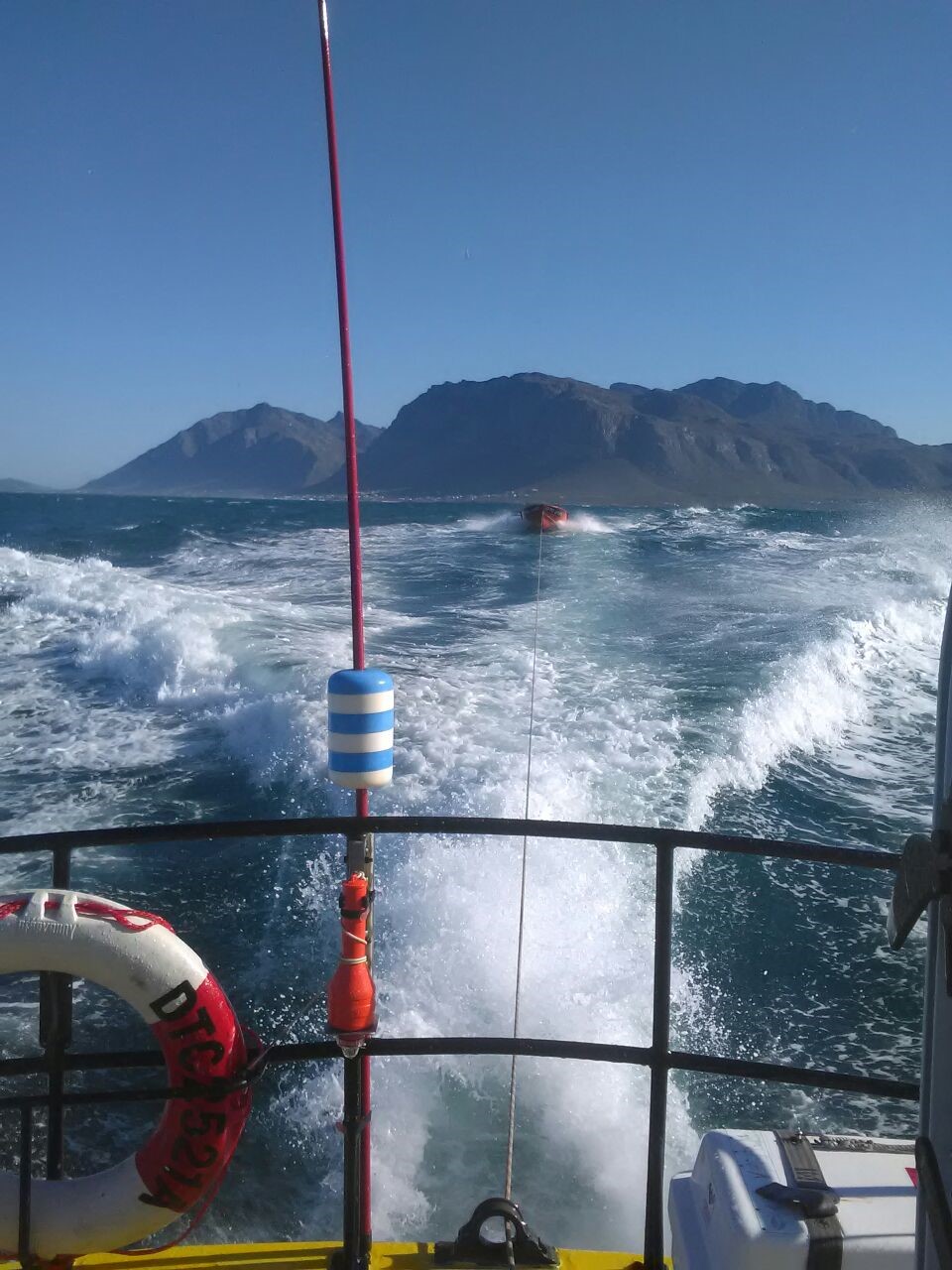 Pictures:The two fishermen prepare to be taken onboard the sea rescue craft South Star and the casualty boat under tow.