At 18h40, Thursday, 09 March, NSRI Agulhas duty crew were activated following reports from members of the public of the fishing ski boat Megalodon broken free from her mooring in the Bay of Struisbaai and drifting towards the beach.

We dispatched our crew to investigate and on arrival at full low tide we found the vessel lying in the shallow water on the beach.

After establishing that there was no one aboard we assisted to attempt to refloat the vessel with the incoming tide.

Following an extensive effort by our sea rescue crew we managed to physically push the vessel off the sandbank, and held her steady in shallow surf for about two hours while the high tide was rising.

We remained in communication with the anxious owner, who was in Bloemfontein and being kept appraised of the situation as it unfolded.

As high tide peaked one of our coxswains managed to get the motors started and steer the vessel out through the surf and safely into the harbour where we put her on a secure mooring much to the relief of the owner and no further assistance was required. 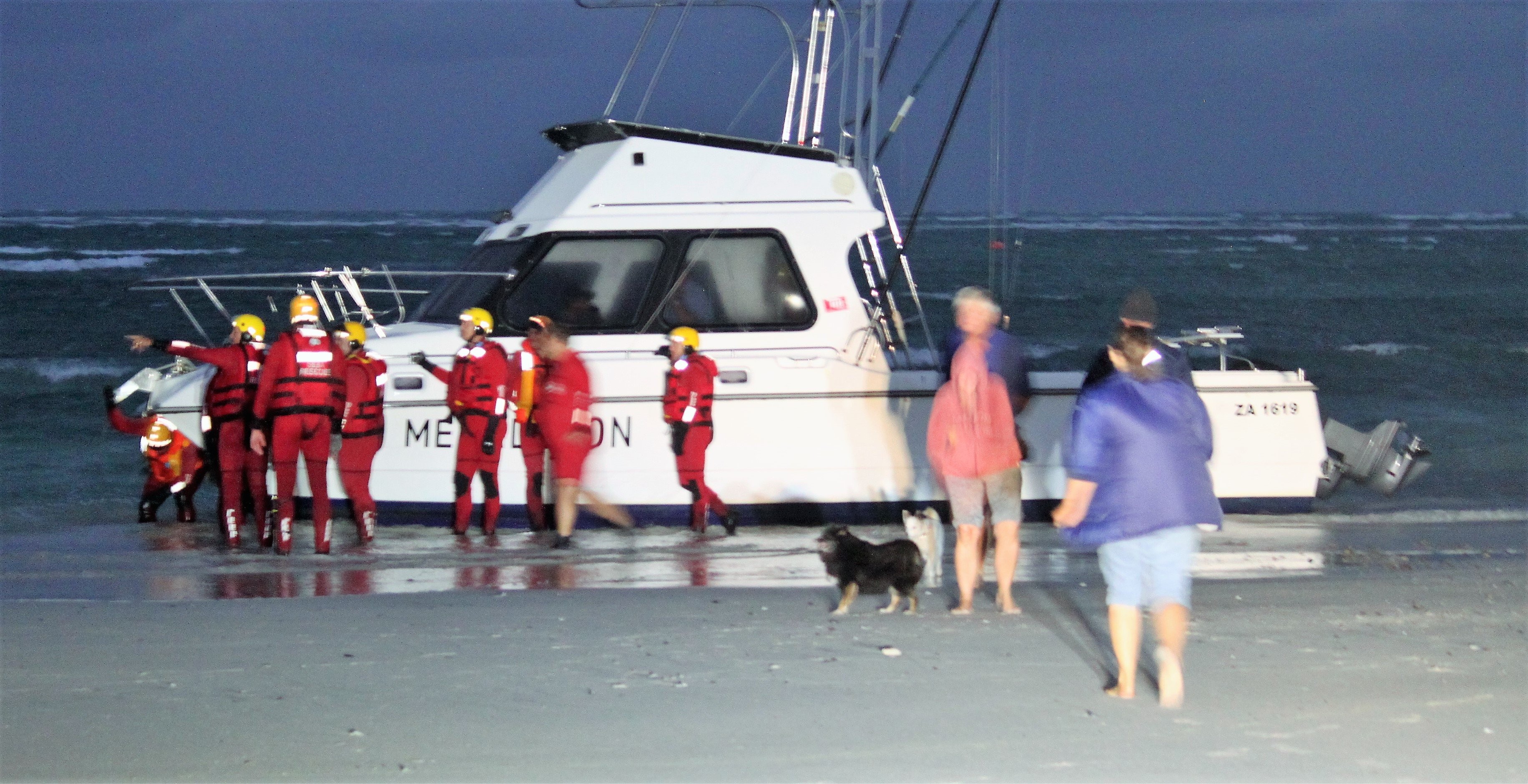 Picture attached: By NSRI Agulhas – the fishing ski-boat Megalodon after drifting into shallow surf on the beach.

Lifeguards had gone to their assistance and we launched the sea rescue craft Megan II.

On arrival on the scene we found that lifeguards had taken one person ashore safely and the Hobie-Cat, suffering a bent mast, and her crew having struggled for some time to try to right the casualty craft, we assisted to right the craft and assisted them to shore without incident.

The 4 casualty crew, young adults, 2 females and 2 males, locals, were not injured and they required no further assistance.

At 13h47, Friday, 10th March, NSRI Table Bay duty crew were activated to respond to the assistance of solo sailor Jean-Marie De Dianous, from France, aboard his yacht Kaerou, last Port of call Jacare, Brazil, reporting to be sailing exhausted and suffering from a strained shoulder muscle injury after his yacht’s auto pilot had failed during the transit from Brazil to Cape Town.

We rendezvoused with the yacht 80 nautical miles off-shore from Table Bay and the Frenchman was taken aboard our sea rescue craft and NSRI crew were transferred onto his yacht and we towed the yacht safely to the Port of Table Bay while the sailor rested below decks.

Arriving in Port at 07h00 this morning, Saturday, 11th March, the yacht has been safely moored at the Royal Cape Yacht Club and we were met by French Consulate officials and no further assistance was required. 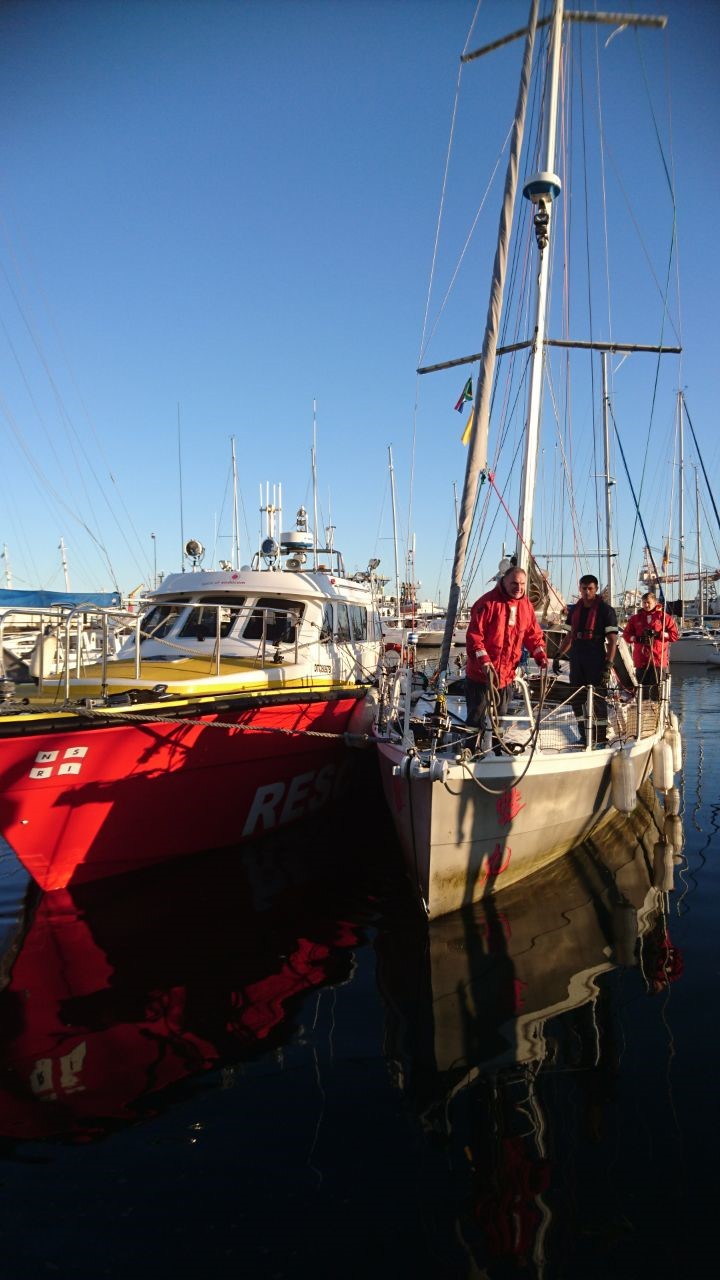 Picture attached: By NSRI Table Bay – The French yacht Kaerou being brought into Port this morning.