At 16h24 on Monday the 22nd of September, the Government Health EMS were alerted to a sailor injured at sea aboard the 225 meter bulk carrier MAJORCA, sailing from Brazil to Singapore off the East Coast of South Africa and reporting to have changed course to a heading towards Durban, requiring urgent medical assistance and patient evacuation for a 24 year old Filipino sailor, reported to have sustained a right leg compound fracture and a head injury after falling about 6 meters down into a cargo hold aboard the vessel.

Medical advice was delivered in communications between the ship and a Government Health EMS duty doctor and MRCC (Maritime Rescue Coordination Centre) were alerted and the Transnet National Ports Authority activated NSRI Durban and the NSRI Air Sea Rescue Unit to prepare to respond once the ship reaches 50 nautical miles off-shore which was suspected to be at first light on Tuesday 23rd September.

At 17h30 authorization for the NSRI ASR, an SA Air Force 15 Squadron Oryx helicopter and accompanied by a Netcare 911 was granted to prepare to fly at 06h30, 23rd September, to rendezvous with the ship 50 nautical miles off-shore to patient evacuate the injured sailor to hospital.

During the night medical advice and monitoring of the patients condition continued to be communicated between the ship and the EMS duty doctor.

At 06h30 the SAAF 15 Squadron Oryx helicopter, 2 NSRI ASR rescue swimmers and a Netcare 911 paramedic departed Durban and rendezvoused with the ship 50 nautical miles off-shore in a 25 knot South Easterly wind and choppy, rough seas with a 2 to 3 meter swells.

NSRI Durban were placed on high alert during the rescue operation. Communications were assisted by Telkom Maritime Radio Services.

The operation was completed at 08h30. 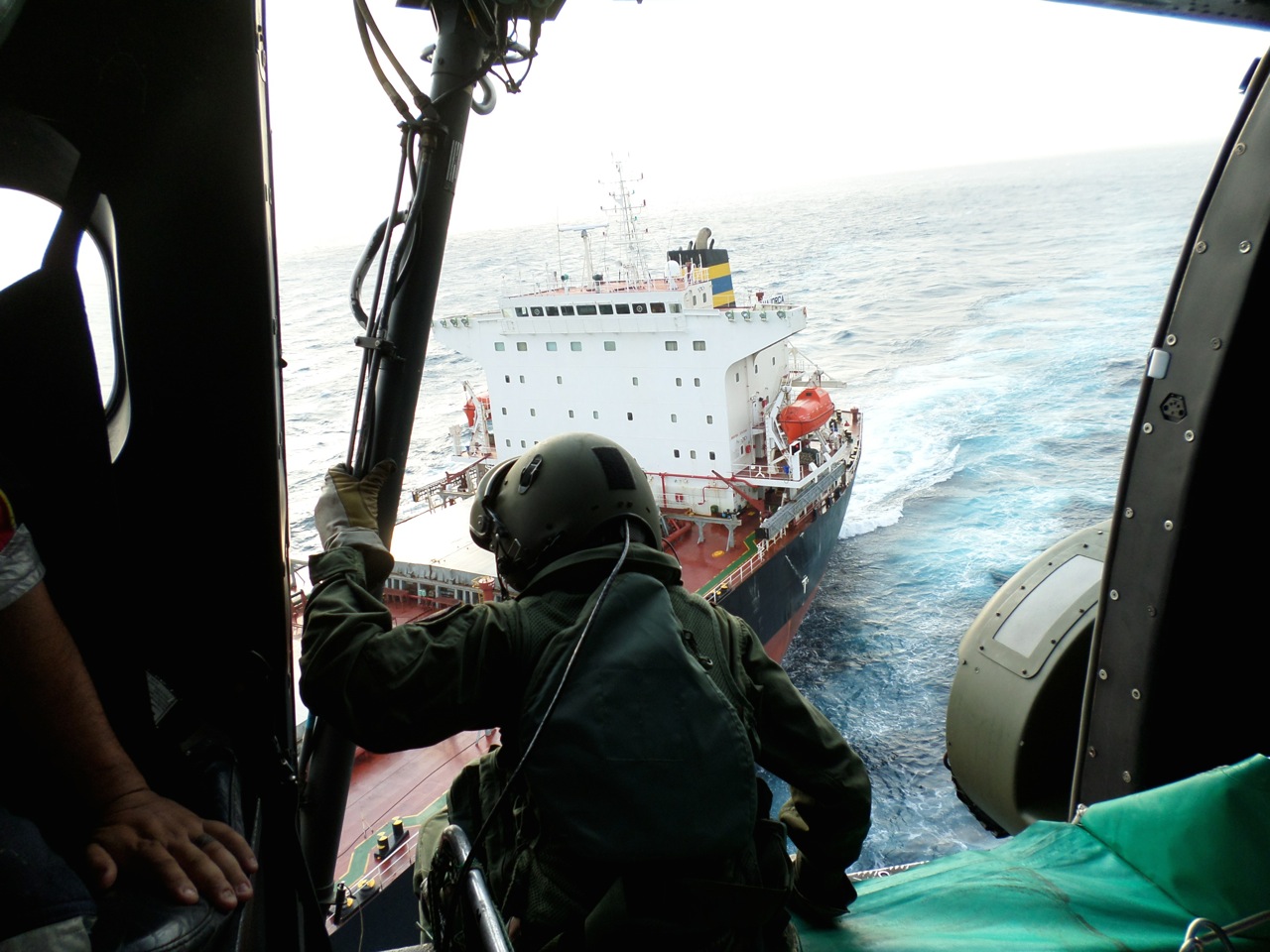 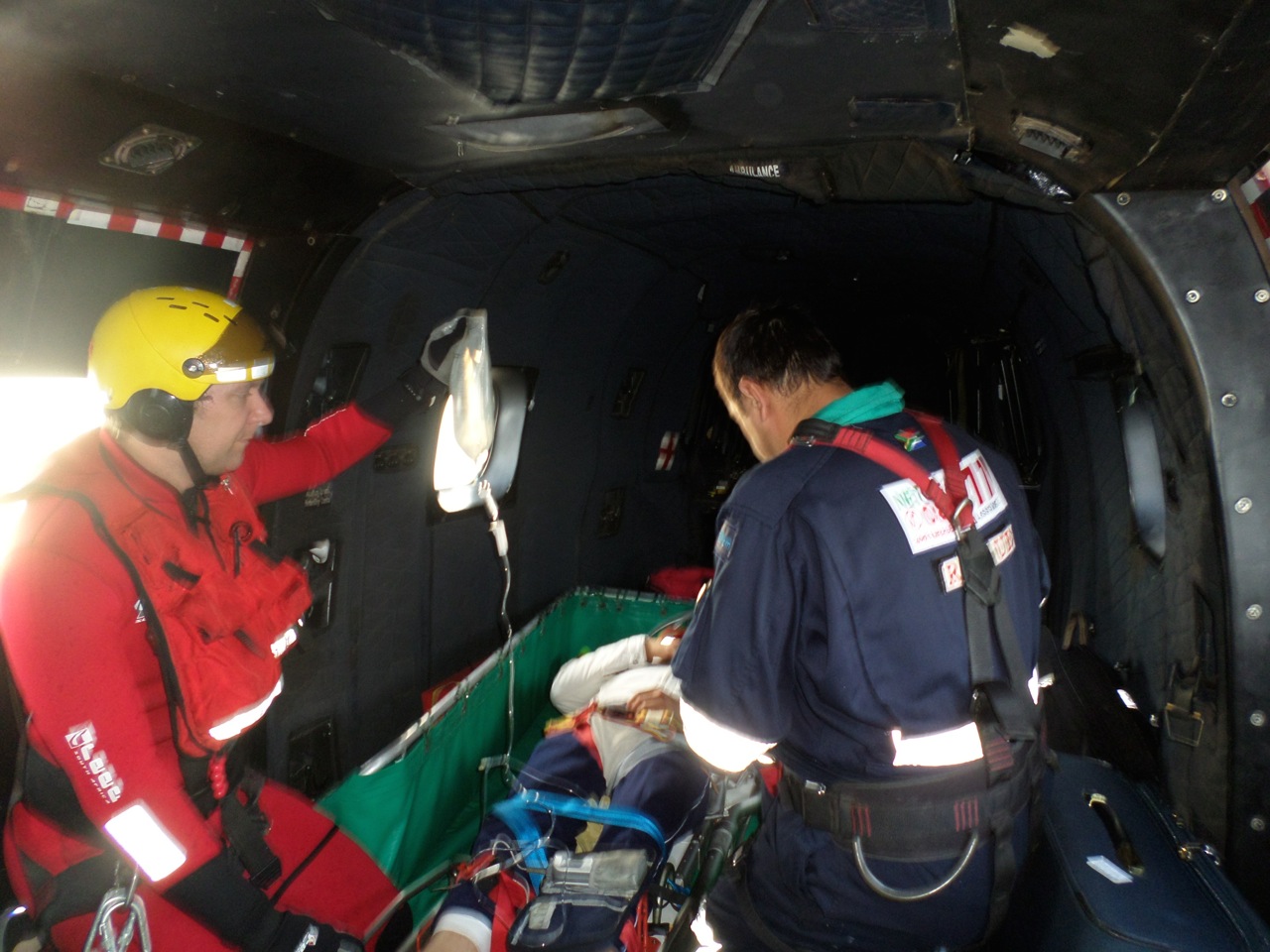