Yesterday the Station 23, Wilderness, crew were involved in a Parade for the George Oakhurst Arts Theatre. It was a teaser for the evening’s Tribute to Disney Show held by the Arts Theatre. Organizer and director of the show,  Carina Beukes,  thanks the NSRI for their participation,  and said that without our assistance, and helping out by Marshaling, their parade would not have been possible. Two weeks before the show,  they were having a meeting and didn’t know who to ask to Marshall for them, but when someone mentioned that they would ask NSRI,  they knew that their worries were over,  and that with our participation everyone could have a safe parade.  We at Station 23 had a great time, and are always keen to help our city.

On our boat we gave Princess Ariel, and Ursula the Sea Witch from The Little Mermaid, a lift. Kids of all ages and grownups, just loved it! The parade was very well attended, and going through the main street of George on the busiest day of the month, meant showing off our rescue vehicle and rescue boat! 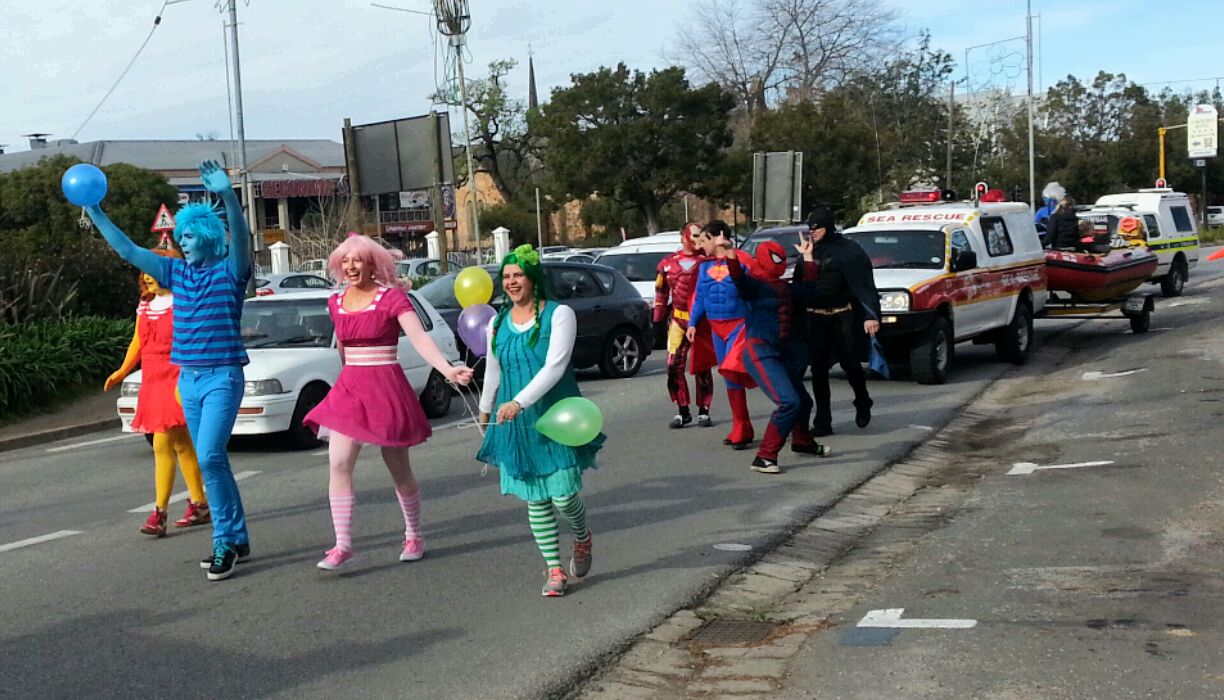 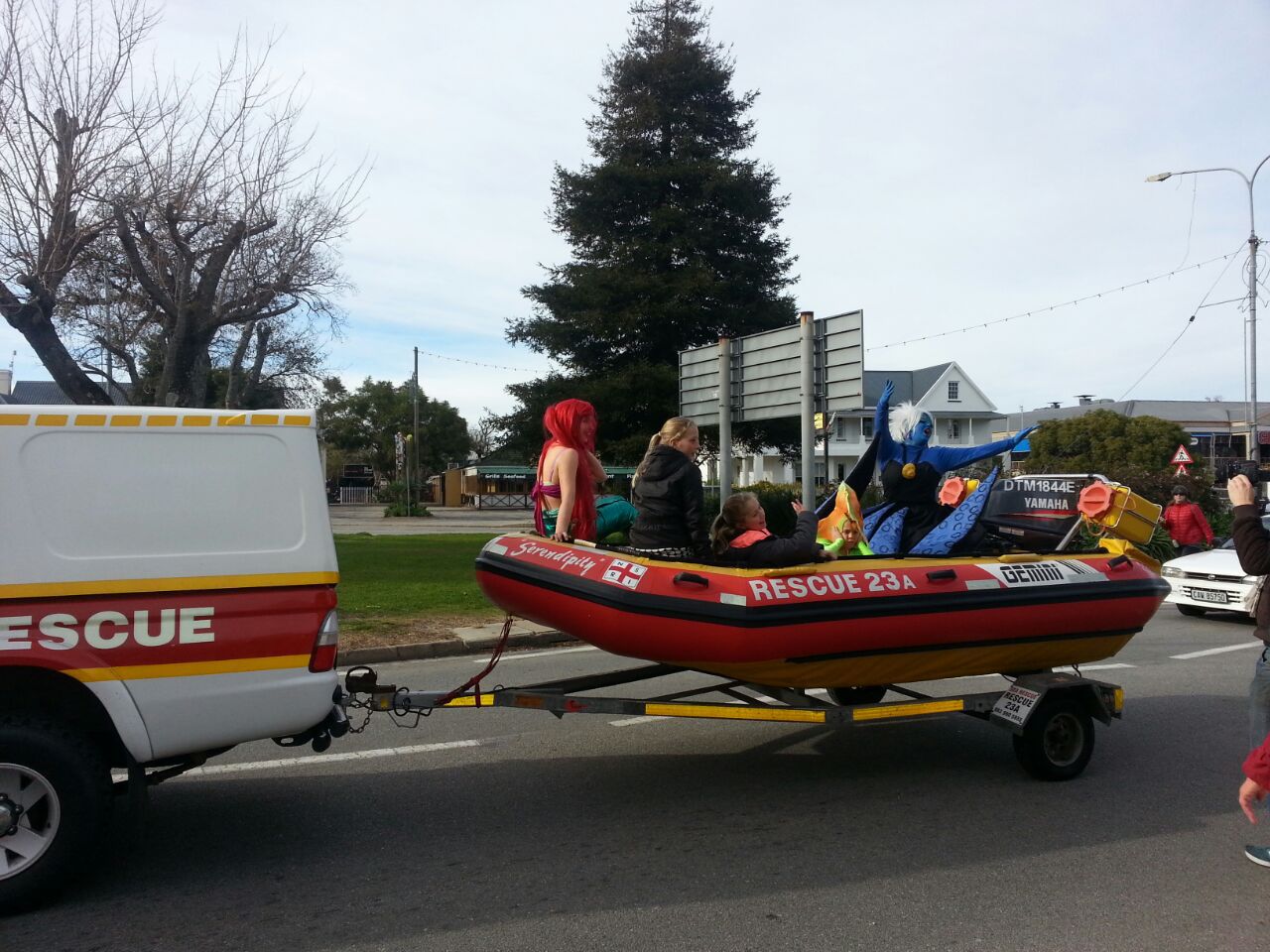