At 15h17, Friday, 04 April, NSRI Mykonos volunteer sea rescue duty crew were activated following reports of a Whale Shark appearing to be in distress at Stompneus Bay harbour, (near to St Helena Bay).

NSRI Mykonos volunteer sea rescue duty crew responded towing the NSRI sea rescue craft TRANSNET NATIONAL PORTS AUTHORITY Rescue Runner to the scene to see what assistance could be rendered and the local HOW Wildlife Rescue team were activated to assist and they also responded a team of volunteers.

On arrival on-scene an approximately 5 to 6 meter Whale Shark was found in shallow water adjacent to the Stompneus Bay harbour appearing to be weak and in distress.

NSRI Mykonos and HOW Wildlife Rescue are cautiously optimistic that the Whale Shark has survived. By 19h00 when it was finally released to open water the Whale Shark appeared to be swimming with more confidence.

St Helena Bay locals have been requested to monitor the shoreline to see if the Whale Shark comes ashore again. 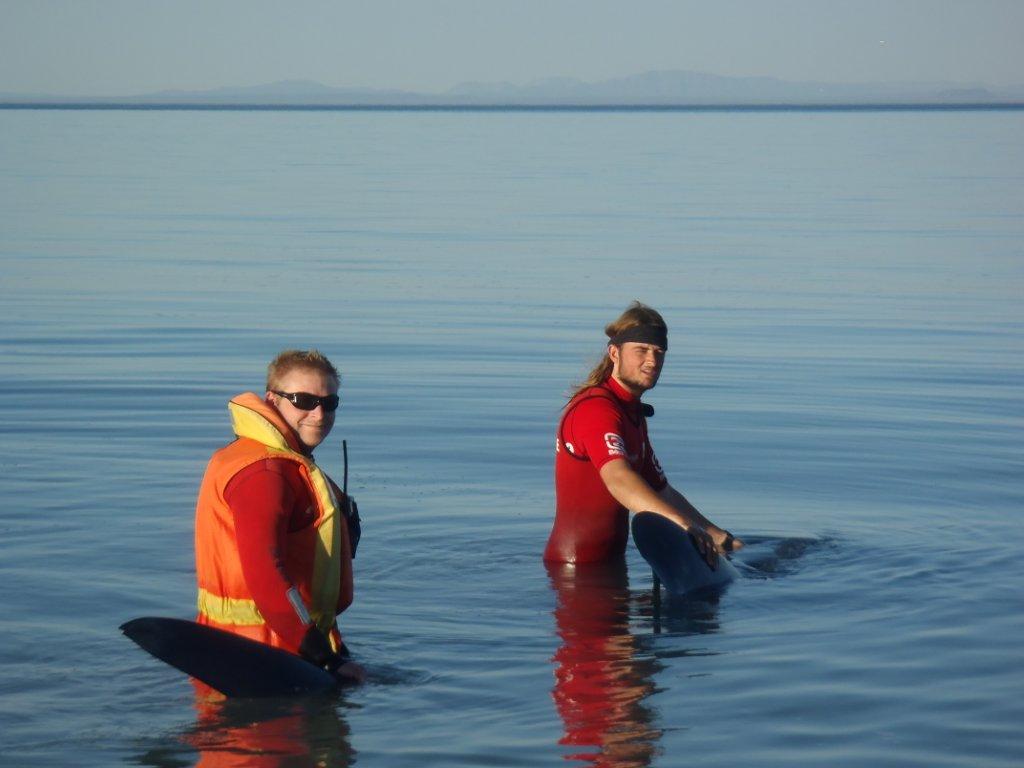 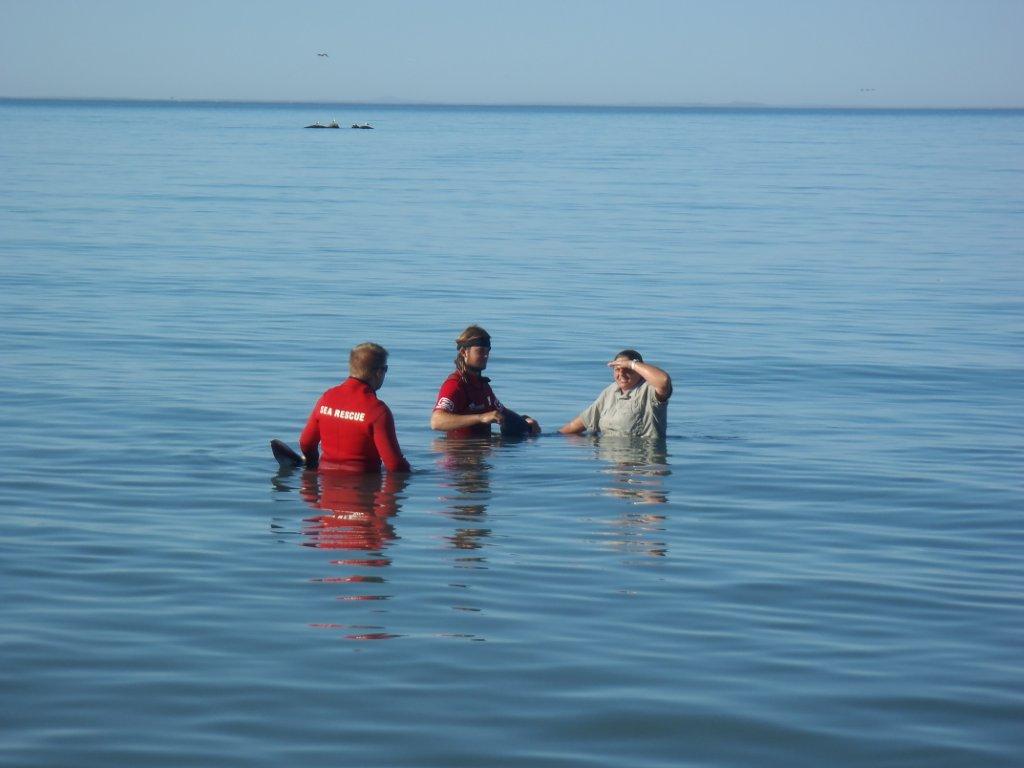 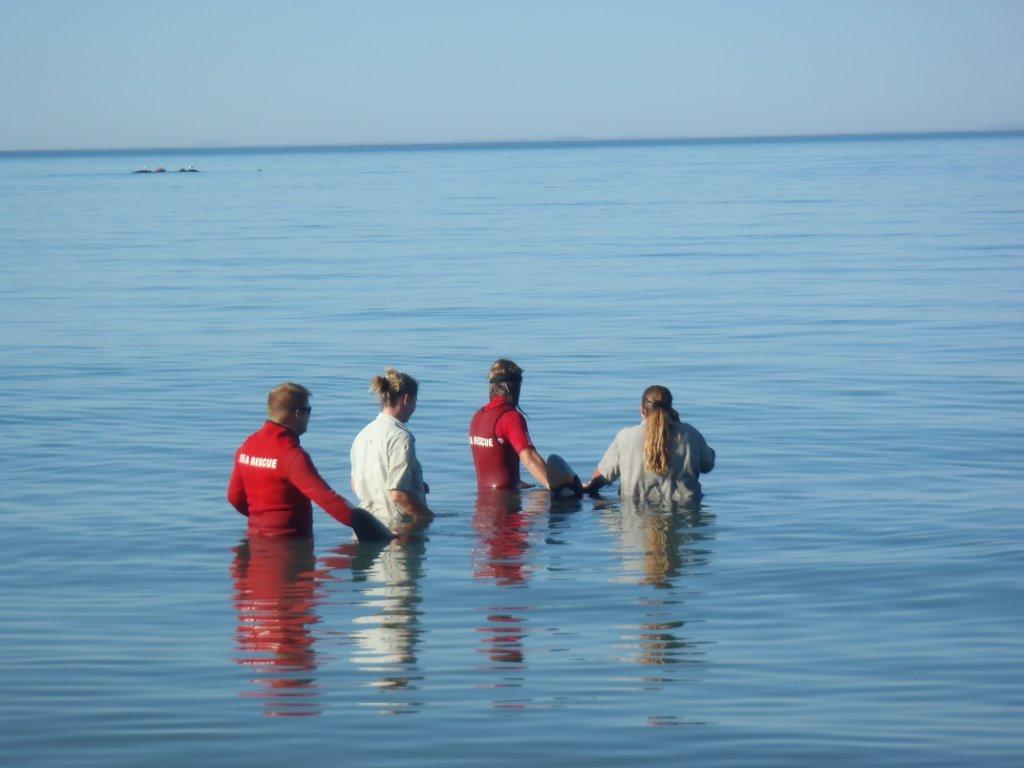 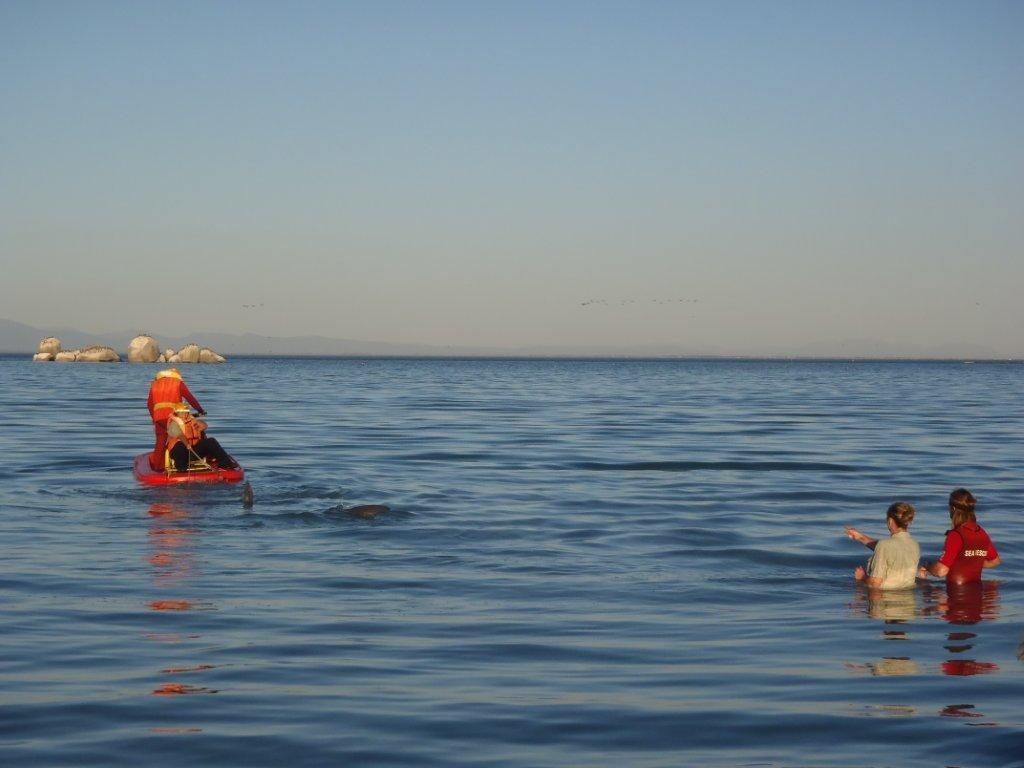