NSRI Port Edward volunteer Sea Rescue duty crew responded to the scene to find 3 local men, whose boat had capsized in the surf line, safely out of the water and on the beach. Their boat had washed ashore.

Only one man, the 64 year old skipper, sustained a minor laceration to his leg and the two 31 year old crewmen sustained no injuries.

Their boat, Mr Right, was recovered.

Later in the day, at 16h00, a boat, with two Bloemfontein men onboard, that sustained motor failure to one motor off-shore of Port Edward, was assisted to the shore by NSRI Port Edward volunteer sea rescue duty crew without incident and once ashore no further assistance was required.

At 04h09 on Thursday the 3rd of April, NSRI Durban volunteer Sea Rescue duty crew were activated by the Transnet National Ports Authority to assist a small 5.5 meter boat with motor failure in the Port of Durban and requiring assistance as wind conditions were picking up to 25 knots.

While the crew prepared to launch a Sea Rescue craft the Police Port of Entry Security reached the 2 local adult men aboard their boat and took them under tow safely into Wilsons Wharf.

The NSRI Durban Sea Rescue vehicle arrived on-scene and confirmed that both men were not injured and once safely berthed, with the assistance of the Police, they required no further assistance. 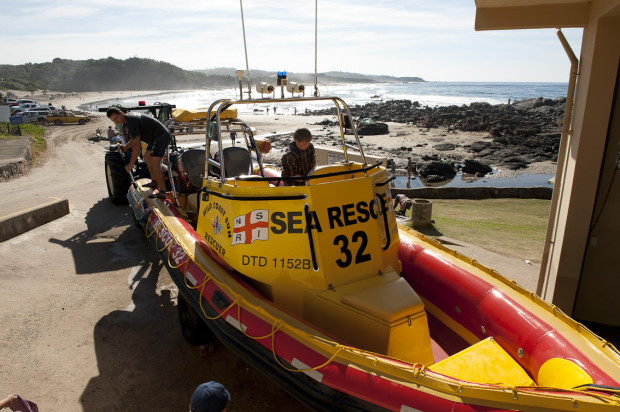