At 12h37 on Saturday the 8th of February, NSRI Durban volunteer sea rescue duty crew were activated following a request for assistance from the 15 foot ski-boat BINGO reporting to have engine mechanical failure and taking water 10 nautical miles off uShaka.

Our duty crew responded to our Durban Sea Rescue base when it was reported that the crew of BINGO had restored motor power to one of her two motors and were under way again on one motor and bailing water successfully. The Transnet National Ports Authority pilot boat had come across the casualty boat and as a safety precaution were staying by her side and escorting her towards Durban’s Port, to the Fairway Marker Buoy, while our duty crew prepared to launch our sea rescue craft MEGAN II.

We launched our sea rescue craft and rendezvoused with BINGO half a nautical mile off-shore and took over the escort from the pilot boat. We escorted BINGO into Port and then established a tow-line and towed her to her moorings where once safely moored they required no further assistance.

It appears that in the choppy sea conditions BINGO had been swamped by water when they had experienced motor mechanical failure forcing them to raise the alarm while making an effort to repair their motors. 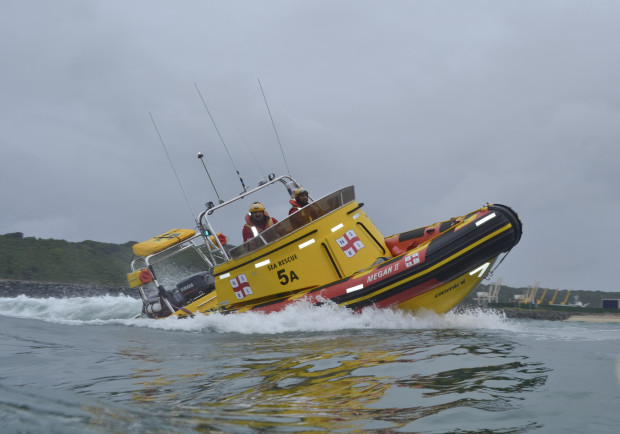