At 14h40 on Tuesday the 4th of February, NSRI Hout Bay volunteer sea rescue duty crew were activated following a Mayday distress radio call from the 24 meter Gansbaai fishing boat ELOMI, with 9 crew onboard, reporting to be taking water and sinking.

It was confirmed that the fishing boat, carrying 60 tons of fish, had suffered mechanical failure to her generator causing subsequent motor failure. While attempting to repair the motor and generator their vessel had broadsided to the swell causing the boat to be swamped by water, and heavy laden with fish, may have compounded her taking water.

The crew had then managed to get both the generator and motor working and once under way they were able to begin pumping water from the boat.

With all crew safe and the vessel underway our NSRI sea rescue craft remained at their side and escorted them into Hout Bay, where once docked, they required no further assistance. The vessels owners will effect repairs.

The vessel was heading to Saldanha Bay, from Gansbaai, at the time and had earlier stopped in at Hout Bay before continuing on her voyage. 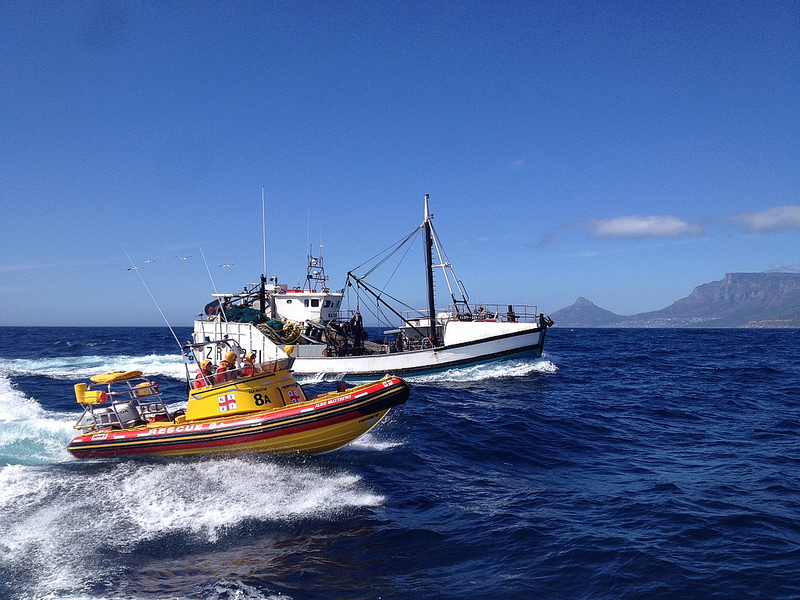