At 16h00 on Thursday the 13th of February, NSRI Jeffreys Bay and NSRI St Francis Bay volunteer sea rescue duty crews were activated following reports of red distress flares being observed coming from a boat off Asten Bay, near to Jeffreys Bay.

On arrival on-scene, 800 meters off-shore, they found the boat along with people in the water.

The NSRI rescue swimmer swam out to the boat and found 6 local divers, all adult males, in the water and another two local men on the boat. The divers had abandoned the boat and were attempting to swim to shore after it had suffered mechanical engine failure.

One of the men on the boat had sustained an injury to his leg. He was treated on scene and advised to seek medical attention once ashore. 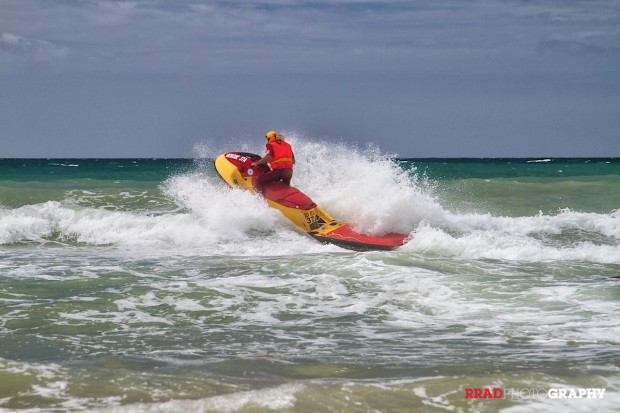