At 18h30pm on Sunday the 05th of January, NSRI Airborne Sea Rescue Unit, the SA Air Force 22 Squadron and WC Government Health EMS were placed on alert by the Transnet National Ports Authority following a request for medical assistance from the 230 meter bulk carrier WELTRUST, sailing from Saldanha Bay to Australia, 20 nautical miles off-shore of Cape Point, reporting a 25 year old Chinese crewman onboard suffering lacerations and bruising to the thigh and leg following a fall on deck.

A WC Government Health EMS duty doctor evaluated the patient by telephone and deemed it necessary for the patient to be evacuated to hospital as soon as possible.

With strong winds and rough seas a helicopter rescue mission was ruled out and the ship was diverted to sail towards Table Bay and the NSRI Table Bay sea rescue craft SPIRIT OF VODACOM, accompanied by WC Government Health EMS rescue paramedics, activated to rendezvous with the ship off-shore of Mouille Point.

On arrival on-scene an NSRI rescuer and an EMS rescue paramedic were transferred onboard the ship and they stabilized the patient suffering bruising and lacerations to his thigh and leg and suffering severe pain.

The patient was transferred onto the sea rescue craft secured into a Stokes Basket Stretcher by use of the ships crane in rough seas and difficult sea conditions and the patient was brought safely to the NSRI Table Bay sea rescue base.

The patient has been transported to hospital by an ER24 ambulance in a stable condition. 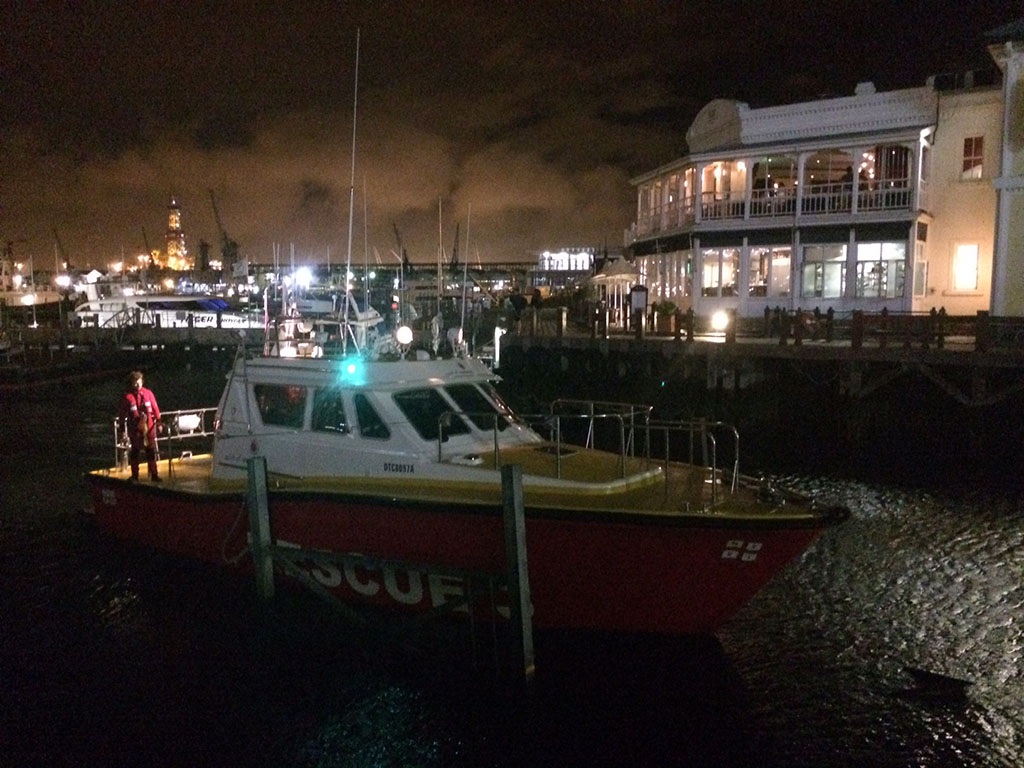