On Sunday morning, 09h00, the 29th of December, NSRI Witsand, while standing by for the Trans Agulhas race, treated a 19 year old boat racer, Ludeyk Coetzee, for a neck injury sustained when the boat he was in beached hard while completing a race leg.

The patient was transported to hospital for further treatment by EMS ambulance in a stable condition.

At 19h42, Sunday the 29th of December, NSRI Plettenberg Bay responded with their sea rescue craft RAY FARNHAM and AIRLINK RESCUER to Keurbooms beach where people were caught in rip-currents.

On arrival on-scene all casualties were found on the beach.

A mom, Christo Swart, from Johannesburg, witnessed her adopted daughter, 16, being swept out to sea by rip currents. Her 16 year old son had gone into the water to assist but he was also swept out to sea.

A 70 year old bystander, Gary Warren, swam out to help and they all assisted each other out onto the beach safely where an Australian doctor, ex South African, Dr. Marius Botha, tended to the casualties.

The brother and sister were transported to hospital in stable conditions by Medlife ambulance services for treatment for near drowning symptoms and for observation for secondary drowning. They have since been released.

Gary Warren, who was not injured, is commended for his efforts.

At 19h30, Tuesday the 31st of December, NSRI East London, Police, EC Government Health EMS responded to the Steve Biko bridge where a man had allegedly threatened to throw himself off.

Bystander Elton Kiddo, 22, from West Bank East London, had seen the adult man threatening to jump off the bridge and had managed to restrain him. He was assisted by motorists who had stopped to help. Elton wrestled the man to the ground securing him until Police and emergency services personnel arrived.

The man has been transported to hospital in a stable condition. He had claimed that he had been run over by a car and we suspect that he may have been confused and attempted to flee the scene over the bridge before being tackled by Elton.

Had the man succeeded in jumping over the bridge it is believed that the 30 meter drop may have been catastrophic and Elton is commended for his efforts in bringing the man to a standstill.

At 20h31, Tuesday the 31st of December, NSRI Port Alfred responded to assist in the Kowie River Mouth where a luxury 6 meter river boat, with 6 people on board, was at risk of being swept out of the mouth into large breaking surf. The boat had sustained mechanical motor failure believed to have been from fuel starvation and would most definitely capsize in the breaking surf.

The 23 year old skipper  from Johannesburg had jumped out of the boat and was standing on a rock in waist deep water hanging onto it and trying to prevent it from being swept into the river mouth.

Onboard were 5 young women, aged between 12 and 15, all from Johannesburg, including a paraplegic who had been helped onto the boat by her friends for a sunset new years eve cruise.

They had been enjoying a New Year’s eve sunset cruise when the boats motor failed and began to drift in the current towards the river mouth.

NSRI Port Alfred responded aboard the private boat AQUA, belonging to NSRI volunteer Kerryn van der Walt, which happened to be on the water nearby at the time, and on arrival on-scene assisted the young man to secure the boat. All 6 people were taken aboard AQUA and their boat was towed to their river front house on the Marina where they are staying. They were emotionally reunited with their concerned families who were preparing for New Year’s eve festivities at the time.

The skipper, 23 year old Xolisile Kokose from Johannesburg, is commended for his efforts.

High speed took on a new meaning in The Trans Agulhas race when, this morning, Wednesday the 1st of January, a high speed pencil rubber race duck race boat was found in Camps Bay, with her two crew on board, and the boat run out of fuel.

They had left Pringle Bay this morning and were supposed to arrive in Gordons Bay.

After failing to arrive in Gordons Bay on schedule NSRI Gordons Bay, NSRI Simonstown and the Skymed rescue helicopter initiated a search but shortly into the search race control had made contact with the crew who confirmed that they were at Camps Bay and safe.

We suspect that they mis-navigated and ended up in Camps Bay quite some distance from their intended destination.

A second Trans Agulhas race boat, that was also reported to be overdue, was found off-shore of Muizenberg and had also run out of fuel. Her crew had fired a red distress flare to raise the alarm and they are safe.

At 11h08, Wednesday the 1st of January, NSRI Wilderness, Fire and Rescue Services, WC Government Health EMS, the SA Police Services and lifeguards responded to the Eastern side of Wilderness Beach, where no lifeguards are on duty, to assist a German couple who were being swept out to sea by rip currents while swimming.

On arrival on-scene Christopher Perkenhof, 57, was found to have managed to get safely ashore without assistance and Elize Bortans, 45, was rescued by the NSRI rescue runner.

They have been medically checked by EMS paramedics and do not need to be transported to hospital. Both are in satisfactory conditions although shaken by the ordeal.

This morning, Wednesday the 1st of January, NSRI Shelly Beach responded with CALTEX ENDEAVOR to assist at Margate where a jet-ski was filling with water and sinking with a Johannesburg man and a local man on board.

On arrival on-scene it was found to be the same jet-ski that had almost sunk off Shelly Beach a few days ago.

The jet-ski had been in a collision in Johannesburg and a repair job appears to have failed to seal a hole in the fuselage.

The owner had again had a repair job done after the recent incident off Shelly Beach but the jet-ski again filled with water.

They have been assisted to shore and advised to not launch to go to sea again.

This morning, Wednesday the 1st of January, NSRI Gordons Bay, WC Government Health EMS, Cape Town Fire and Rescue Services, the SA Police Services and lifeguards responded to the Strand Pavilion following reports of a person in difficulty in the surf.

On arrival on-scene it was found that an adult man had managed to get out of the water without assistance and was not injured. 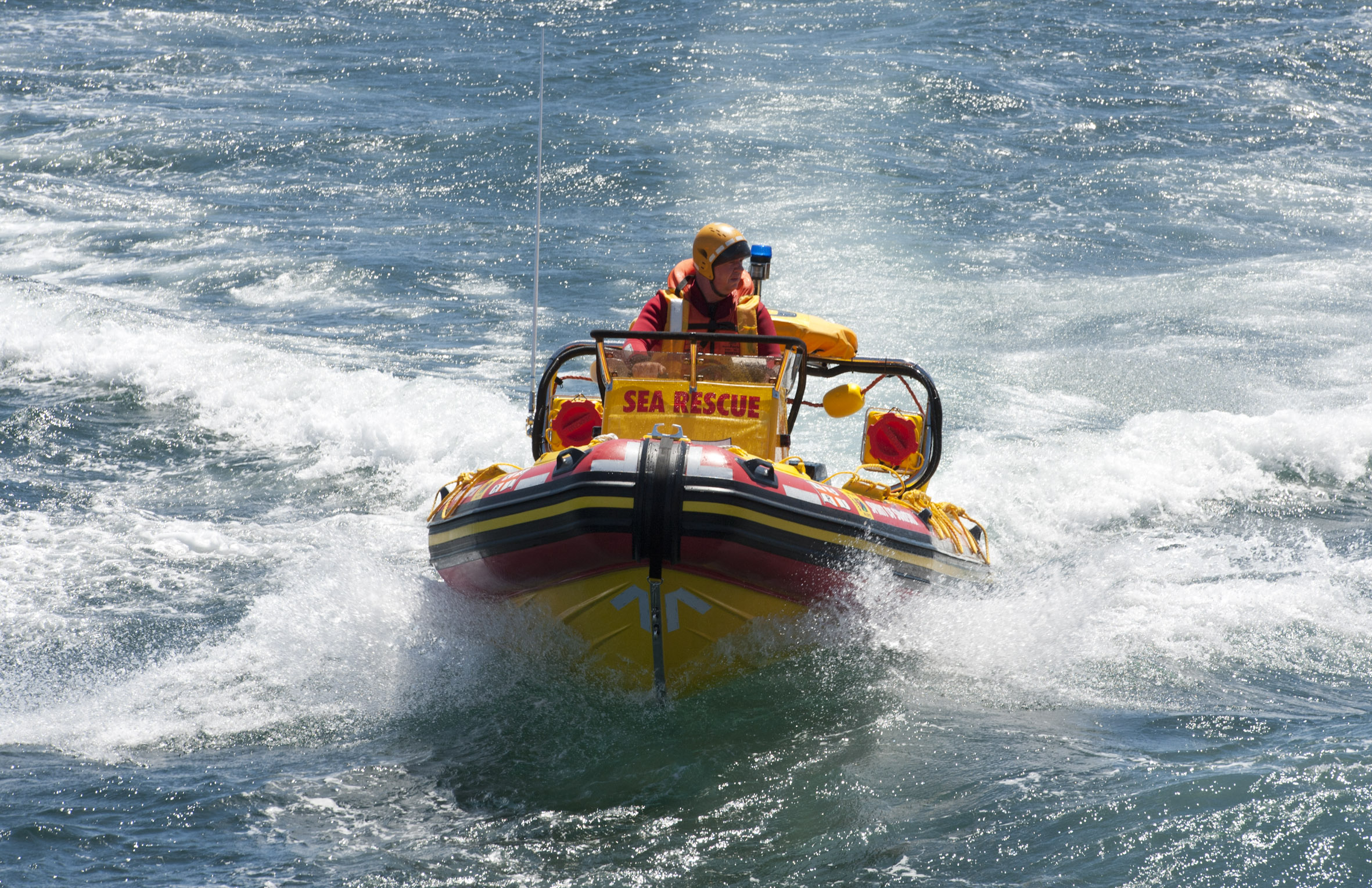