At 18h34 NSRI Bakoven volunteers were called out following eye-witness reports of 3 divers in difficulty in the sea off Cosy Bay, between Bakoven and Oudekraal, on the Atlantic Sea Board.

According to the eye-witnesses, the spear fishermen’s boat was being swept away in strong off-shore winds and they were trying to swim towards rocks.

On arrival on-scene, following a search in wind-swept rough sea conditions, the 3 men were found trapped on rocks some distance from the shore. They had managed to swim to the rocks dragging their small boat and spear fishing equipment with them, said Bruce.

NSRI rescue swimmers were deployed into the water and swam to the men finding one man, Dirk Smit, 32, from Brackenfell, hypothermic and his brother Deon, 33, also from Brackenfell, and their friend Francois Pienaar, 33, from Fish Hoek, not injured but trapped on the rocks.

Using a rescue reel line the 3 men were hauled to the sea rescue boat while being assisted by the two NSRI rescue swimmers.

They were brought to the Sea Rescue Bakoven base where Dirk was treated by paramedics and then transported to hospital in a serious but stable condition suffering hypothermia. His brother and Francois were not injured and they required no further assistance.

The 3 men had been free dive spearfishing when strong winds hampered their ability to get into their boat and get to shore forcing them to swim to the nearest rocks some distance from the shore. They clambered onto the rocks and waited for rescue. A group of bystanders had happened to see their plight and raised the alarm. 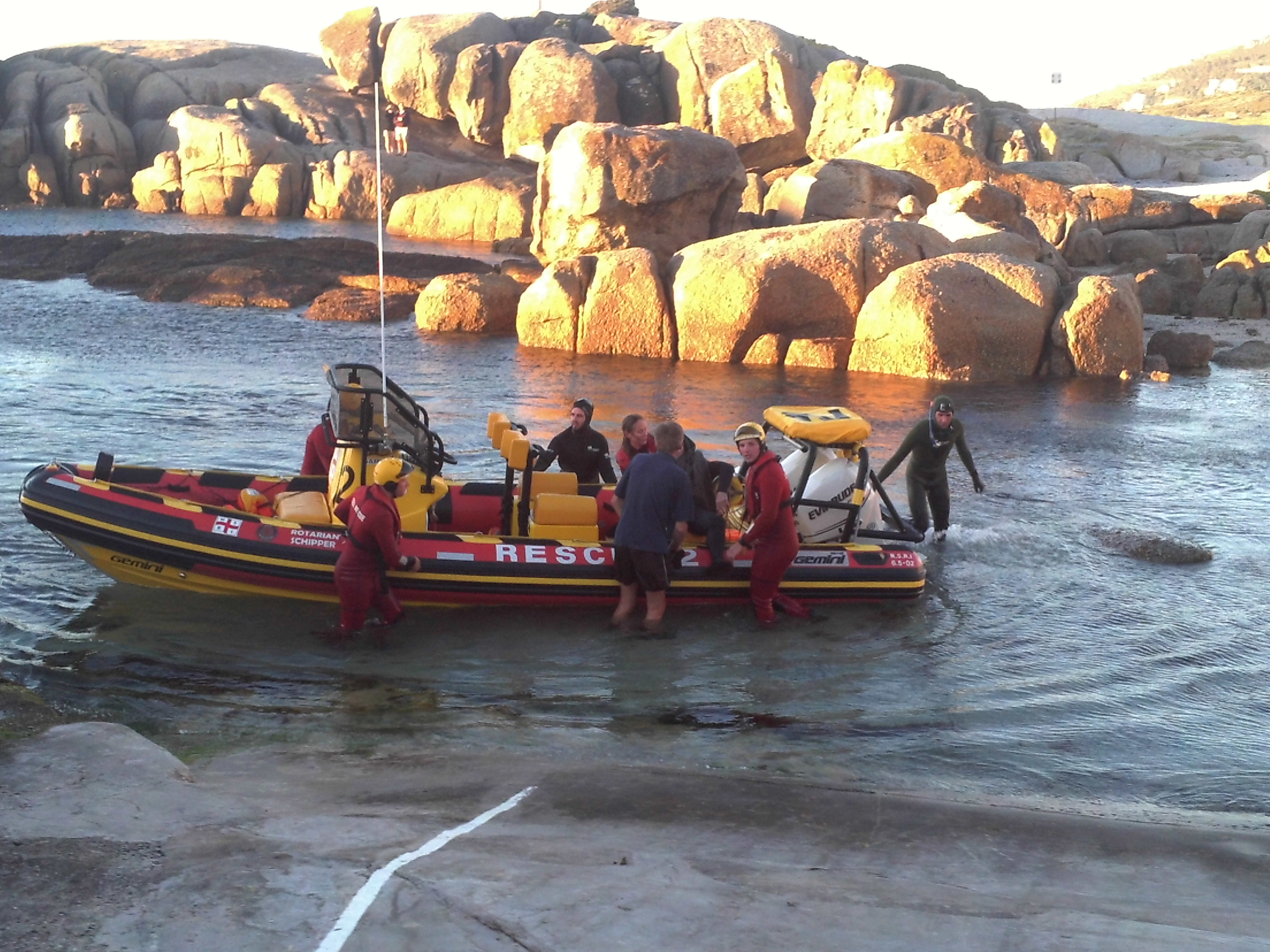 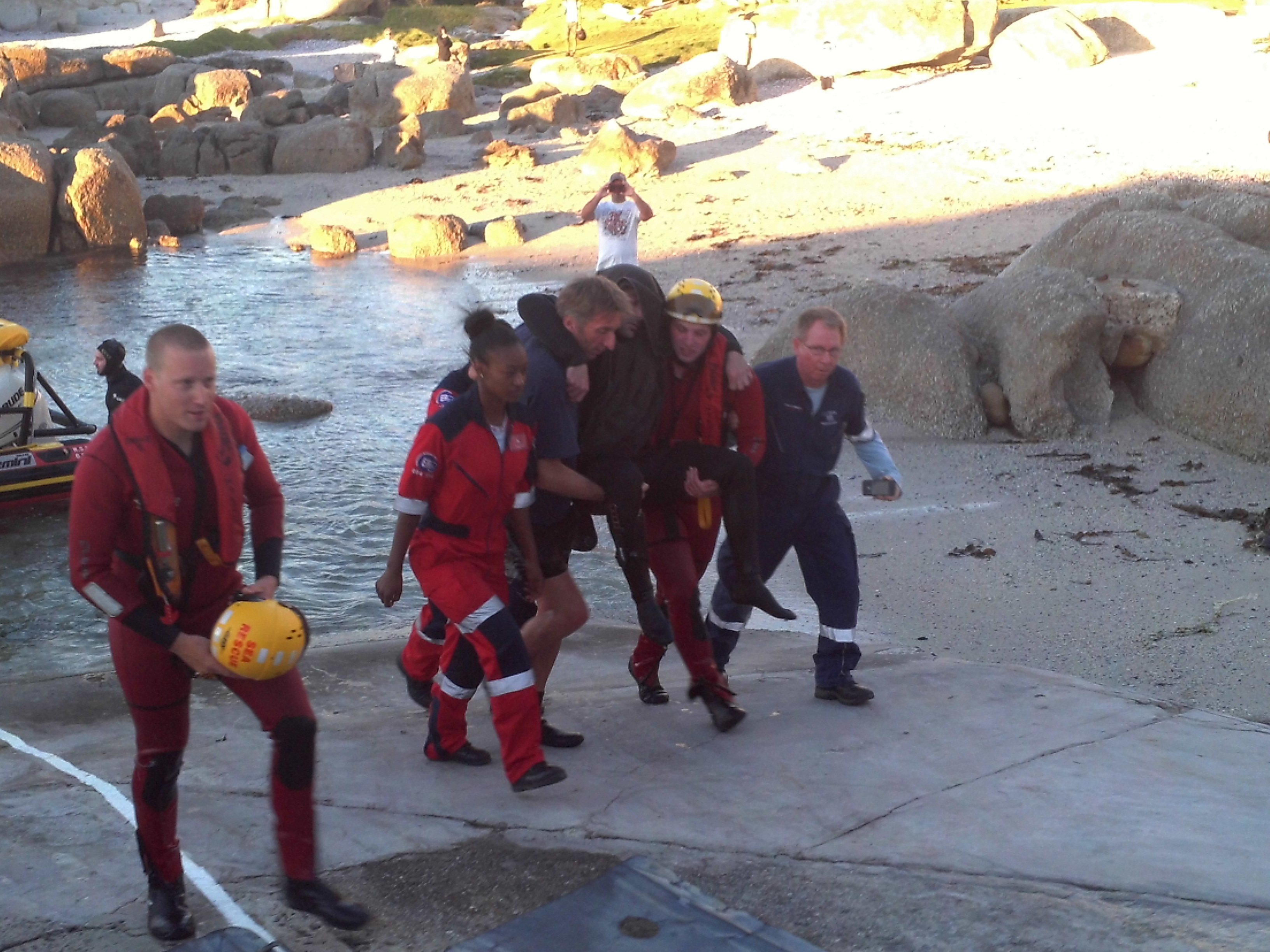