They were sailing towards Port Elizabeth carrying injured crew member Michelle Porter (aged 37) from London, suffering a suspected fractured arm sustained deep sea, 250 nautical miles off-shore of the East coast of South Africa, when the yacht was hit by a wave in rough seas during the Cape Town to Australia leg of the yacht race.

Just off Port of Port Elizabeth, NSRI crewman Marcus Oshry was transferred onto the yacht and the patient was found to be uncomfortable, in some pain, but in good spirits.  It happened to be her birthday.

The patient was transferred onto our sea rescue craft and brought into Port where a Gardmed ambulance transported her to hospital, in a stable condition, for further treatment.

The yacht has continued on her voyage and the rescue operation was completed at 22h30. 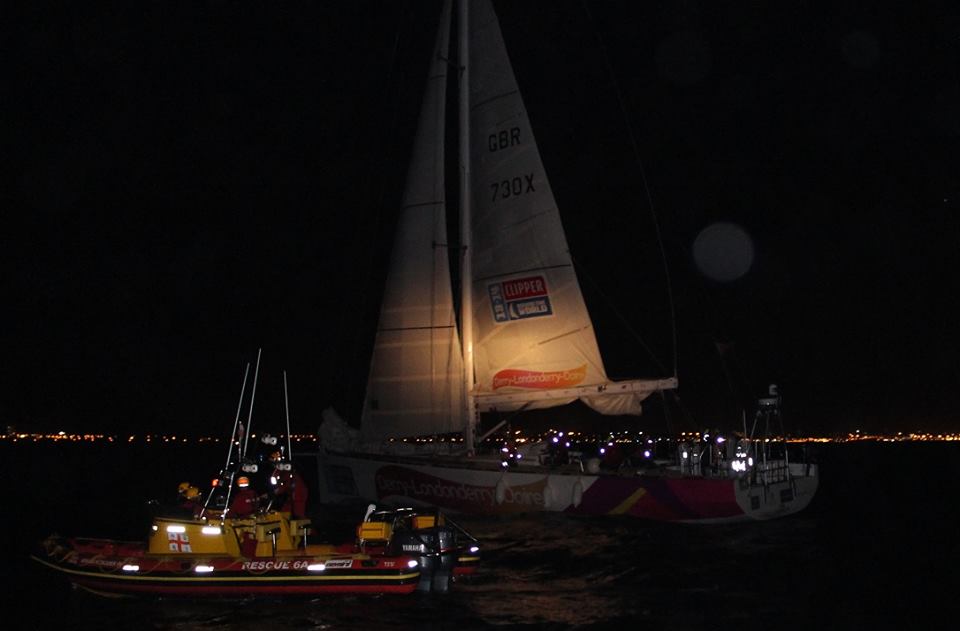