Attie Gunter, NSRI Witsand station commander, said:  “On Thursday, 19 Sep at 17h45 our rescue crew were placed on alert by the Transnet National Ports Authority following reports of a Catamaran yacht in difficulty between Struisbaai and Witsand.

“The yacht reported to be under motor power, approximately 1 nautical mile off-shore, in an onshore gale force South Westerly wind and 5 meter swells.

Skipper, Dries de Jager (48), from Madagascar and Darren Fraser (24), from Cape Town, reporting to be struggling in the storm seas and requested the rescue authorities to be on alert.

“They had set sail from Cape Town to Madagascar the previous day. Darren was due to disembark from the voyage in Port Elizabeth where Dries had planned to take on new crew.  The boat has been built by Dries on and off over the past 5 years in Cape Town. It is also Darren’s first time at sea and he had apparently assisted his mother’s boyfriend with the fitting and maintenance of the yacht’s two outboard motors (both men are outboard motor mechanics). This involvement, in the building of the yacht, had led to Darren joining the first leg of the voyage.

“Although they were aware of the pending storm they had decided to set sail regardless.  After sailing past Struis Baai earlier in the day they had met the worst of the weather and the yacht had been reduced to motor power.  They were now also at threat of running aground.

“The skipper had not called an emergency but, when 45 nautical miles past Struisbaai, the skipper reported that they were battling against the weather and battling to keep the yacht away from land.  Our crew from NSRI Witsand, NSRI Still Bay, NSRI Agulhas, NSRI Mossel Bay and NSRI Hermanus were all placed on high alert.

“As a precautionary measure NSRI Still Bay towed their sea rescue craft to Witsand to be on stand-by.

“Then at 20h30 MRCC (Maritime Rescue Coordination Centre) confirmed that the skipper had reported to have run out of fuel and were now declaring an emergency.  Telkom Maritime Radio Services relayed their Mayday distress call for any boats in the vicinity to go to their assistance while sea rescue craft were launched from Struisbaai and Witsand.

“We found the two men safe, anchored in St Sebastian Ba,y and Darren chose to come ashore with the NSRI.  The skipper opted to stay with his yacht, at anchor and safe, until the weather subsides and then he will decide on his further plans.

“We will continue to check on the skipper from time to time but for now no further assistance is required.

“Our NSRI Witsand sea rescue craft arrived back at base at Midnight and NSRI Still Bay and NSRI Agulhas will be back at their sea rescue bases at around 02h30.

“Darren will be collected in Witsand by family during the early morning.” 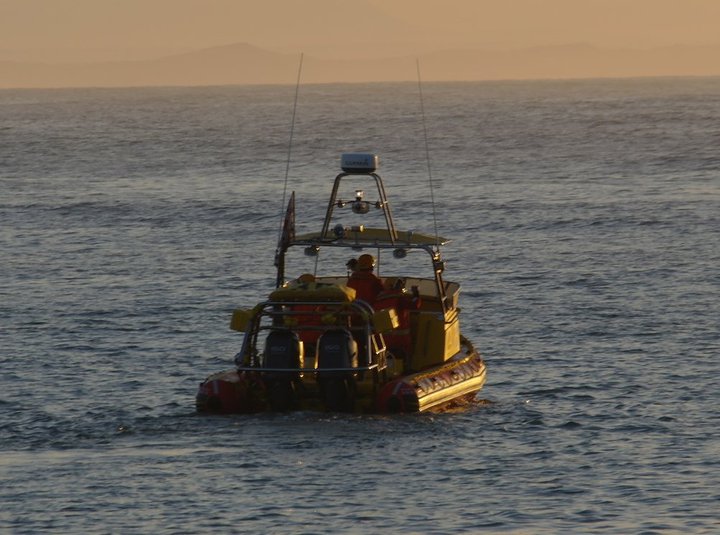