At 01h00 on Tuesday the 13th of August NSRI Mossel Bay  duty crew launched their deep sea rescue craft to rendezvous at the KIANI SATU, at Buffels Bay, to stand-by on-scene while heavy duty salvage operations were carried out throughout today.

In conjunction with the ongoing safety stand-by being carried out by NSRI Knysna volunteer sea rescue duty crews each day since the ships grounding, the NSRI Mossel Bay team arrived on-scene at 05h00 today and stood-by on-scene, for deep-sea safety, while a leg of heavy duty salvage operations progressed.

This was conducted at the request of SAMSA.

NSRI Mossel Bay were released from the stand-by at approximately 21h00 and they got back to base, at NSRI Mossel Bay, at around 01h00 today, Wednesday, 14th August. 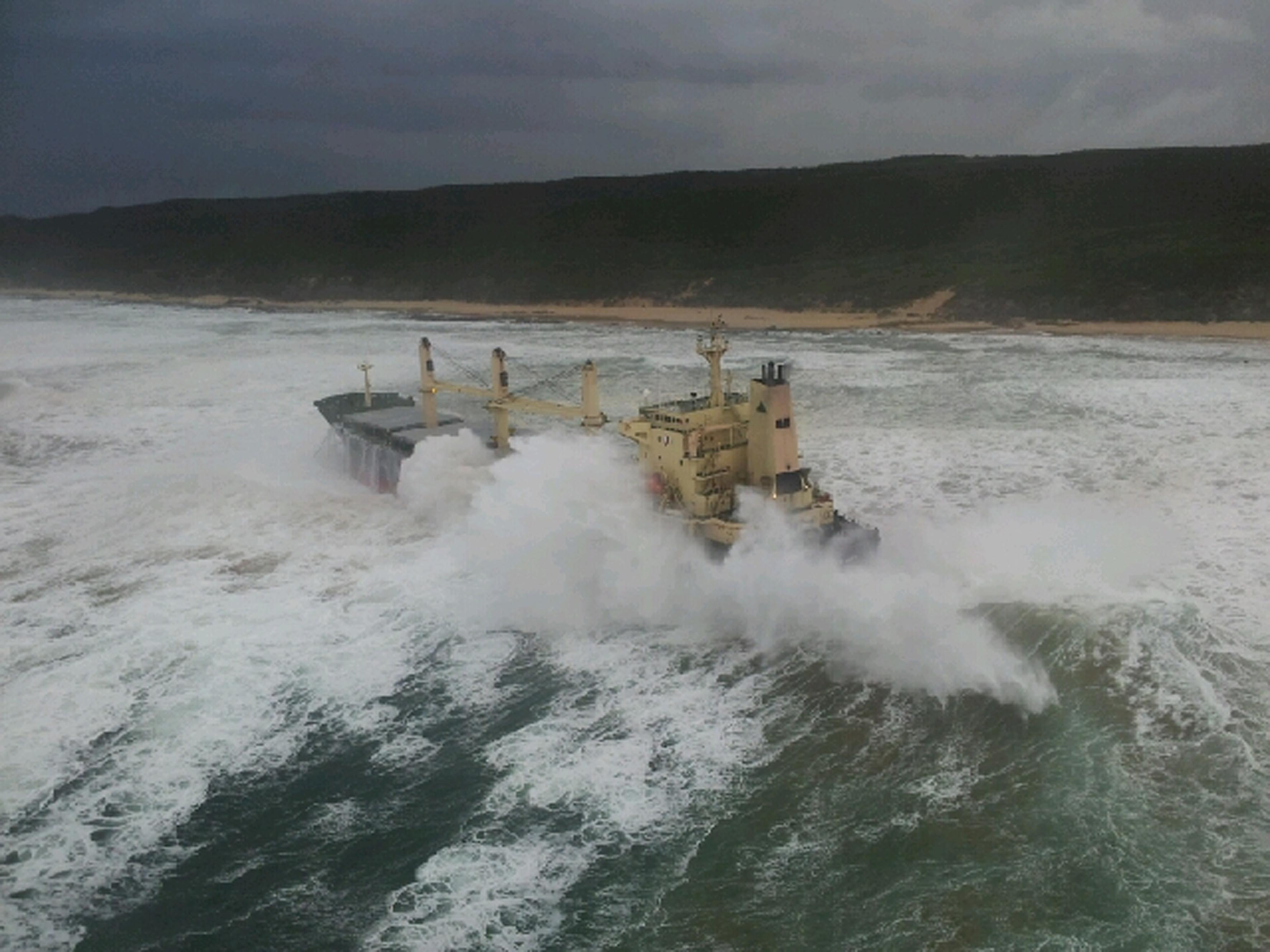