At 13h03 on Wednesday the 03rd of July the Durban volunteers were called out to assist the yacht WYNLIEGH, the lead yacht taking part in the MSC (Mediterranean Shipping Company) yacht regatta, with 8 local crew onboard, reporting a broken top part of their mast and requiring assistance to get into port.

Clifford Ireland, NSRI Durban station commander, said: “The yacht regatta rescue craft THE KING, from The Point Yacht Club, was in attendance and had the yacht under tow. All crew on board the yacht were reported to be safe.

“Our Durban duty crew launched EIKOS RESCUER II and MEGAN II and responded to rendezvoused with the yacht 2 nautical miles off La Lucia Beach (10 nautical miles from the Port of Durban).

“On arrival on-scene EIKOS RESCUER II took over the tow-line from THE KING and one NSRI rescue crewman was transferred aboard the casualty yacht. Two of the yachts crew were taken off the yacht and brought to shore aboard our sea rescue craft MEGAN II.

“The yacht was towed safely to the Port of Durban and moored and repairs will be arranged by the owner.

“During the rescue operation a 20 year old woman aboard WYNLIEGH, complained of neck pain suspected to have been caused when the yacht mast broke. She was brought to shore and her family transported her to hospital to have her injury evaluated.

“Once all were safely ashore and the yacht berthed no further assistance was required.”
Pictures are available on Sea Rescue’s Flickr page. 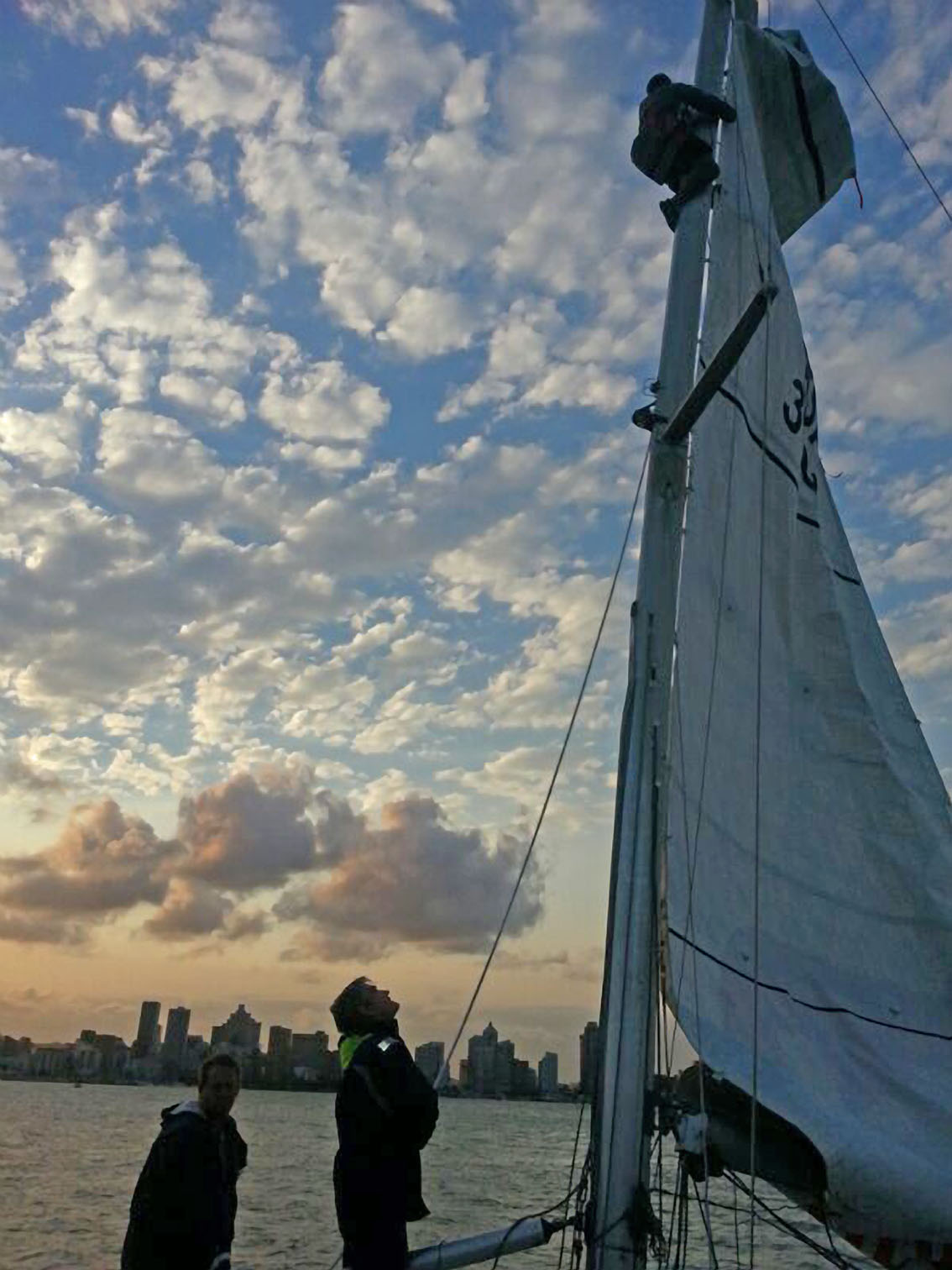