At approximately 14h05, Wednesday, 01st May, a body, believed to be that of of Lucas van Wyk, 33, from Steenberg, Southern Suburbs, Cape Town, was located washed up on the beach at Hoek van Bobbejaan in the Cape Point Nature Reserve.

The body was recovered from the beach by Police and handed into the care of the Forensic Pathology Services.

Family of the deceased have been informed and formal positive identification is being arranged by Police.

Sincerest condolences are expressed to the family of the deceased by all emergency agencies that have been involved.

Despite an extensive search no sign of missing fisherman Lucas van Wyk, 33, of Steenberg, Cape Town, has been found.

A Police Dive Unit conducted a dive search.  Shore, air and sea searches throughout today have revealed no sign of the missing fisherman.

The fisherman is presumed to have drowned.

NSRI are in contact with the fishing vessel owners and the family of the missing fisherman and they are being kept abreast of developments.

TMNP rangers, the TMNP Marine Unit, City of Cape Town Law Enforcement Marine Unit and Law Enforcement officers, Police Sea Borderline and the Police Dive Unit will continue intermittent searches both at sea and on the shoreline over the remainder of the weekend and into next week in an ongoing effort to recover the body of the missing fisherman.

It appears that the crayfish quota boat may have been retrieving crayfish nets just behind the kelp bed off-shore of Hoek van Bobbejaan when kelp got caught up in their propellors. While trying to expel the kelp a wave side-swiped the boat and swamped the boat causing a 30 year old, from Steenberg, Cape Town Southern Suburbs, a fisherman onboard, to fall out of the boat.

According to his brother (a fellow crewman) and the two other people onboard, one being the skipper, a Johnathan Rabain, they at first did not notice that the fisherman had fallen overboard and only once they recovered from the near capsizing of their boat did they notice the missing fisherman.

They raised the alarm while commencing a search and during their search the life-jacket of the missing fisherman was found.

On arrival on-scene an air, sea and shore search commenced but despite an extensive search no sign of the missing fisherman has been found.

NSRI have rescue swimmers in the water conducting a free dive search.

A Police Dive Unit have joined in the search and Police have opened an inquest docket.

A dense fog bank has rolled in hampering search efforts.

“It appears that the boat capsized in shallow water in an outgoing tide and drifted 600 meters North and washed ashore, East of the Swartkops River Mouth, where all three men, who are locals, also washed ashore.

“One of the men has been transported to hospital by ambulance suffering near drowning symptoms but in a stable condition.

“The remaining two men are not injured.” 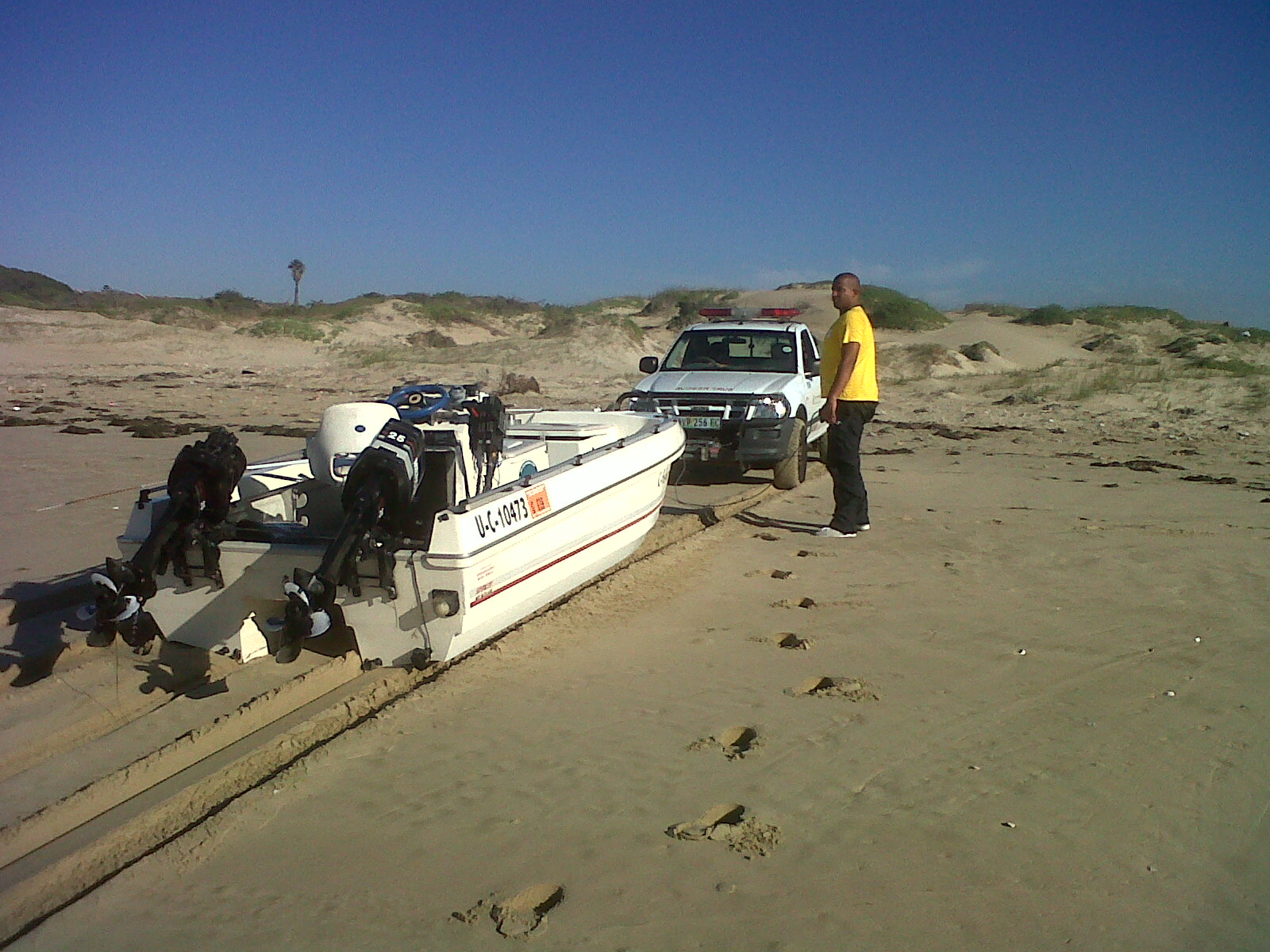