At 17h20 on Thursday the 25th of April Port Edward duty crew were activated following reports from a local fisherman that five  school children, 13 to 14 years old, were being swept out to sea by rip-currents at Grannies Pool, 1 km South of Port Edward Main Beach.

Allan Stilwell, NSRI Port Edward duty controller, said: “It appears that a group of young school rugby players from The Woods School had gone to the beach to swim, when three were swept out to sea by rip-currents and another two went into the surf to try to assist their friends but they also got into difficulty.

“Our duty crew launched our sea rescue boat while rescue swimmers responded directly to the scene.

“On arrival on-scene we found a local unidentified man, who had come to help after he had noticed the commotion from his house, had rescued one of the teenagers from the water. One of the teenagers who went in to help had rescued one of his friends and they were already on the beach. Two of the children managed to get out of the surf without assistance. One youngster, who got trapped in amongst rocks, in the surf, was rescued by our NSRI rescue swimmers who had swum out into the surf with rescue torpedo buoys to assist.

“Two of the young men have been transported to hospital by Netcare 911 ambulance, one is suffering near drowning symptoms and one sustained serious leg and knee lacerations and bruising to his leg and knee from being trapped and washed around in surf in amongst rocks. They are both in stable conditions.
“The remaining three were not injured and have returned with school staff (who had arrived on the scene during the incident) to the school.

“It is suspected that the full moon spring tide which peaks today, causing stronger than normal rip-currents, may have contributed to catching the children off guard, while they waded in the surf line, possibly leading to causing them to be swept out to sea.”

Spring Tide peaks with today’s full moon, causing stronger then normal rip-currents, a higher than normal high tide and a lower than normal low tide. This Spring Tide effect on the ocean will continue until after the weekend and the public are urged to exercise caution around the coast. 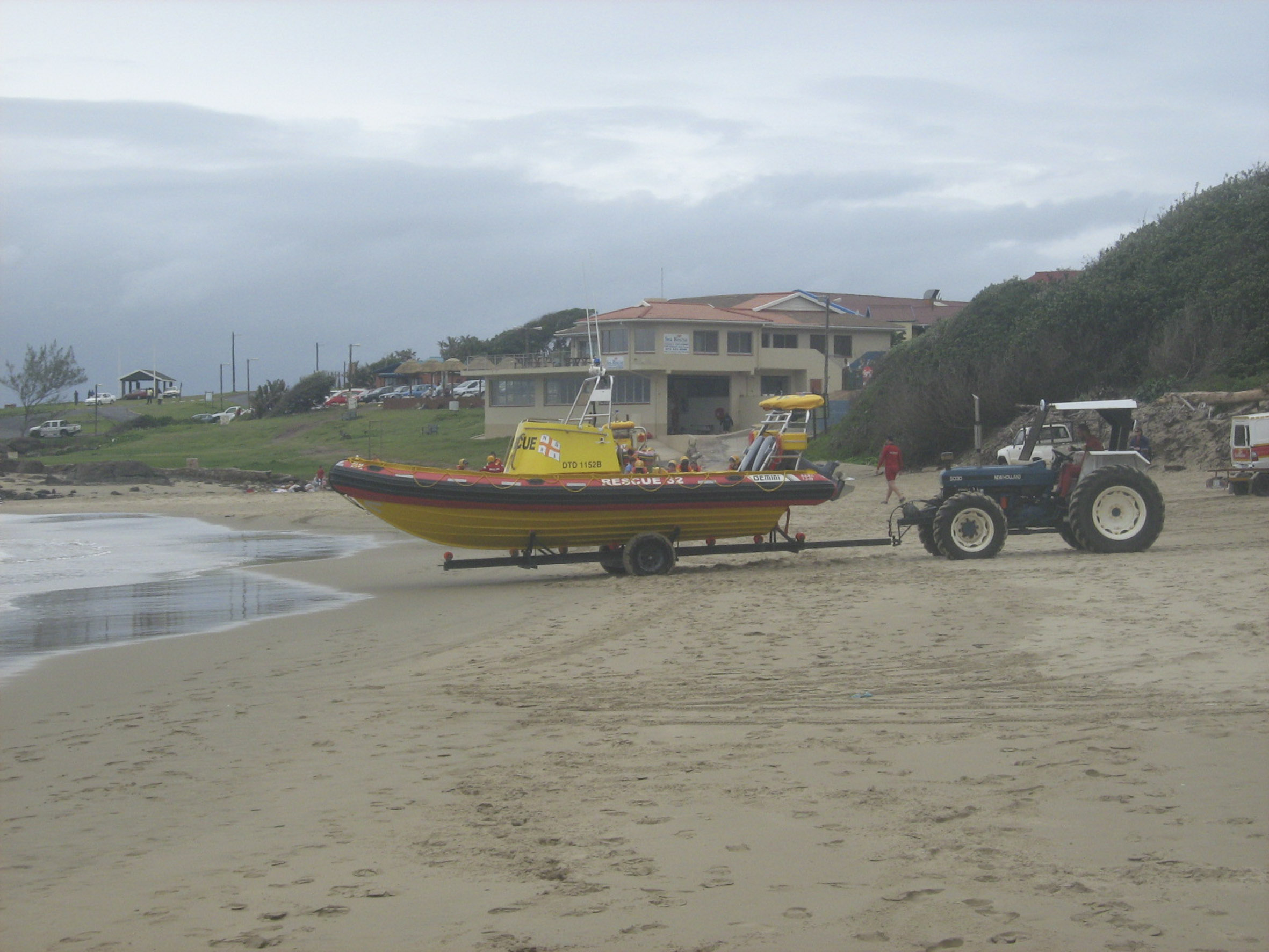