Skip to content
Thursday 13th December 2012.
At 15h09 on Thursday, 13th December NSRI Simons Town volunteers sea rescue duty crew were activated following reports of a girl being swept out to sea aboard a paddle craft at Millers Point near Simons Town on the False Bay Coast.
Darren Zimmerman, NSRI Simons Town station commander said that Initial indications were that a group of children had launched at Millers Point to go for a paddle and it was suspected from the information that was initially received that a girl was difficulty but on investigation it was confirmed that it was in fact a group of 10 adults that had launched Surf-Ski’s, from Millers Point, near Simons Town, to paddle to Fish Hoek and one of the paddlers, a woman, had got into difficulty.
The woman, a 34 year old from Sunnyside, Durban, who has respectfully requested that her name not be released, got into difficulty after her surf-ski broke a rudder causing her to keep falling off and being unable to maintain a heading. She then abandoned her surf-ski and was hanging onto a fellow paddlers surf-ski and they were being swept off-shore.
Our NSRI Simons Town volunteer sea rescue duty crew launched EDDIE BEAUMONT II and SPIRIT OF SAFMARINE III and our Sea Rescue vehicle responded and the WC Government Health EMS AMS rescue helicopter (Skymed) was activated.
On arrival on-scene the woman was located hanging onto a fellow paddlers surf-ski. She was rescued into our sea rescue craft EDDIE BEAUMONT II and  brought safely ashore.
She was not injured and her abandoned surf-ski appears to have been lost to the sea.
The remaining surf-skiers continued on with their paddle to Fish Hoek with no further incident. 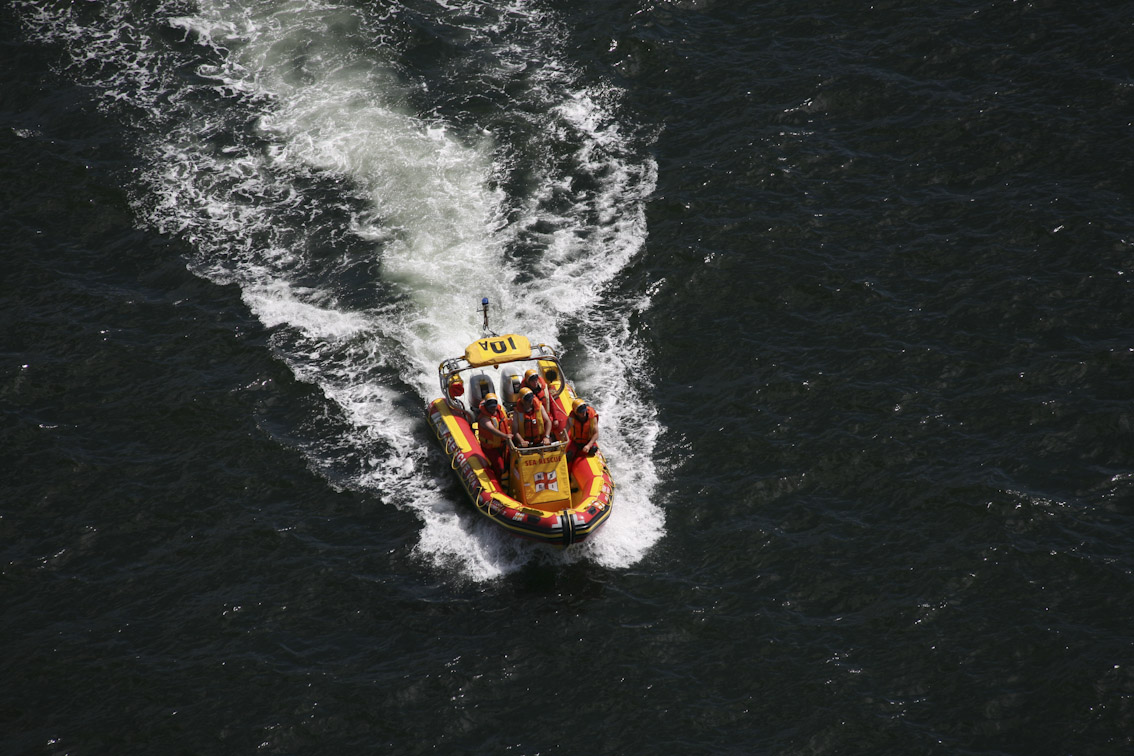