The yacht Hail Forth, with 4 men from Port Elizabeth onboard, sailing from Richards Bay to her home Port of Port Elizabeth, was met by Port Elizabeth’s Spirit of Toft at 10h00 this morning, approximately 40 nautical miles off-shore, and a tow-line was rigged.

Ian Gray, NSRI Port Elizabeth station commander, said that all 4 men were safe after their yacht’s steering damaged caused them to be swept further out to sea, despite efforts to slow their drift, and they then called for assistance.

The towing effort has been slow, between 5 knots and 6.5 knots, towing against a 30 knot South Westerly wind and a drogue was deployed behind the yacht to help stabilize the yacht for the tow which further slowed progress.

The towing effort is currently making headway of 6.5 knots and we expect them safely in Port at 16h30 today.

At 07h15 on Tuesday, 06th November Port Elizabeth volunteers were called to help a 36 foot yacht being blown out to sea, with four men onboard, after it had steering failure.

NSRI volunteers are responding to the NSRI Port Elizabeth sea rescue base to launch the deep-sea rescue craft Spirit of Toft.

The men are not injured but requiring urgent assistance. 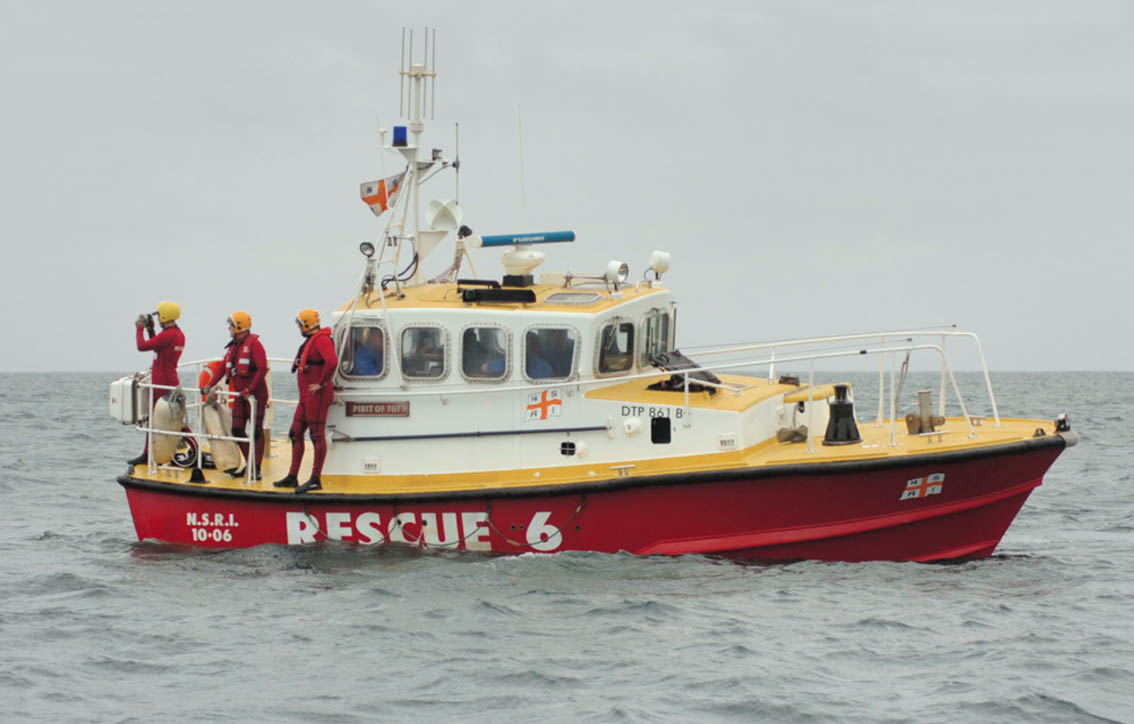