“It appears that the yacht is accompanying the ARC around the world yacht race. Their last port of call was Reunion. The 3 men onboard, all from France, reportedly struck a whale 2 weeks ago sailing between Mauritius and Madagascar rendering the motor unusable. None of the three men were injured. On approaching Richard’s Bay under sail they requested NSRI, through the Transnet National Ports Authority, to assist to get them into Port.

“We launched our sea rescue craft SPIRIT OF ROUND TABLE and rendezvoused with the yacht 5 nautical miles off Richard’s Bay. A tow-line was rigged and the yacht has been safely towed into Port and berthed at the small boat harbour.

“The yacht may be moved to the Zululand yacht club later where the three yachtsmen, skipper Michelle Riou, 53, and crew Thomas Pascal, 62, and Banbelier Michelle, 65, will effect repairs to their motor.” 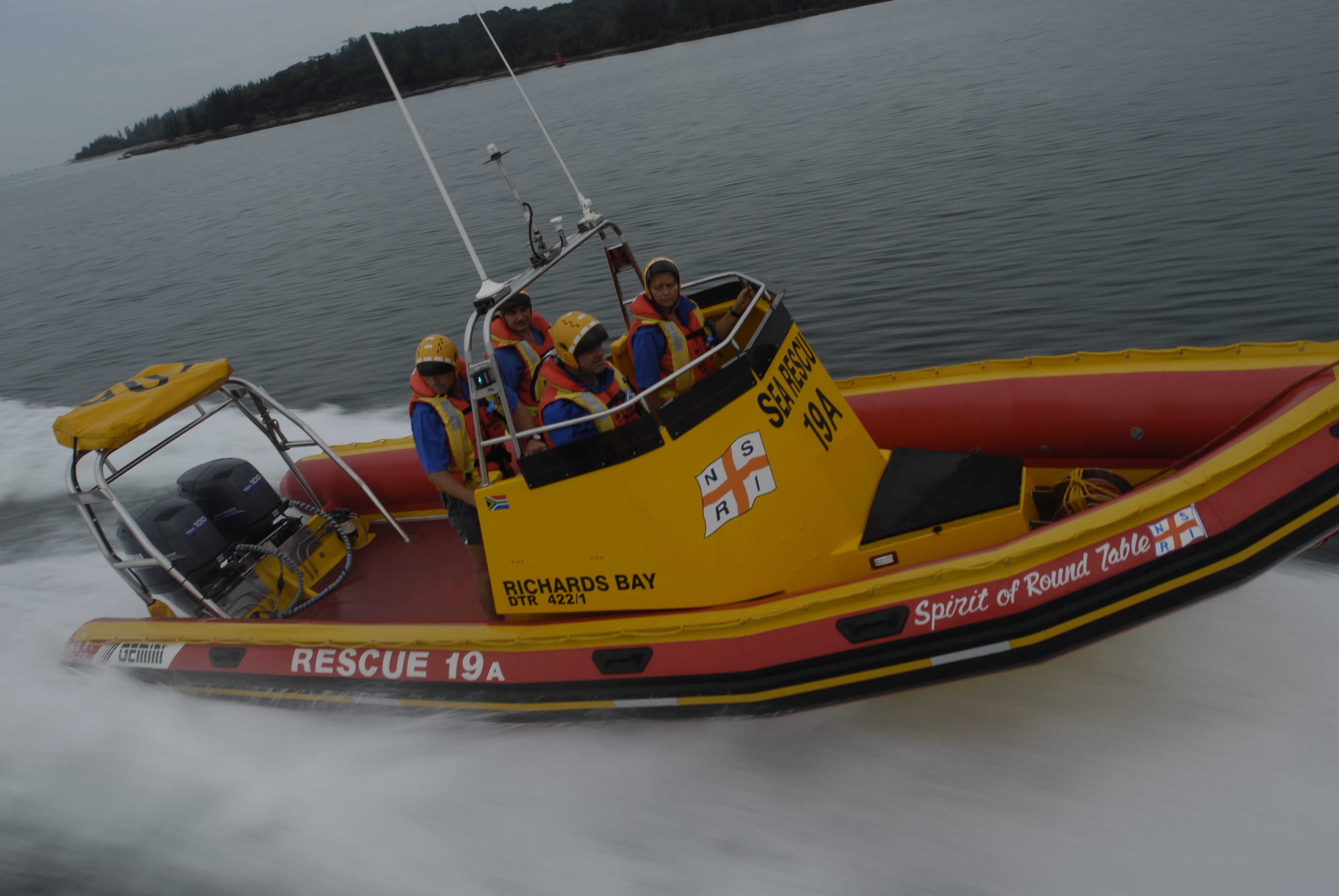