At 17h01 on Saturday, 15th September NSRI Gordon’s Bay volunteer sea rescue duty crew were activated following reports from Kleinmond Police that they had been called to respond to Pringle Bay where a young lady was reporting an incident of a small boat with 3 people onboard overdue from fishing at Pringle Bay.

The girlfriend of one of the 3 men called Kleinmond Police reporting that the 3 men had launched  a small wooden boat which according to her was small enough to fit on the back of a Corsa Bakkie. She claimed that the boat had a small outboard motor, and they had  a 2 liter coke bottle filled with fuel but their cellphones and vehicles were with her at the car park at Pringle Bay, where they had launched at 14h00 to go fishing for Hottentot fish.

They were expected back at 15h30. But on their failure to return by 17h00 she grew concerned and raised the alarm.
They also did not have life-jackets and all she knew was that they had launched to go fishing and had motored off to the left.

Kleinmond Police patrol vehicles mustered on the scene but could find no trace of the 3 men and their boat and NSRI were alerted.

The 3 men’s concerned parents kept in contact with Kleinmond Police looking for updates on the situation.

Police on the scene asked a group of fishermen if they would be willing to assist in the search and the fishermen launched their boat and found the 3 men drifting at Maas Bay, about 1 kilometer from Pringle Bay. They were safe and they were towed to Pringle Bay by the fishermen’s boat and they required no further assistance arriving ashore at 17h58.

All responding rescue resources stood down to return to base.

The 3 men, aged 20, 22 and 23, (two from Kleinmond and one from Bellville), reported that the small motor had fallen off their boat while they were at sea and without paddles they were left to the mercy of the sea.

Luck was on their side because sea conditions remained very calm throughout Saturday and the usual strong off-shore winds that normally pick up in the afternoon along that stretch of coast remained calm.

NSRI urge small boat fishermen to carry safety equipment – red distress flares, communications devices, water-proof torches a referee whistle and a signaling mirror or cd disc and to wear life-jackets at all times while on water.
Let a responsible person know your departure time, your exact route and your return time. 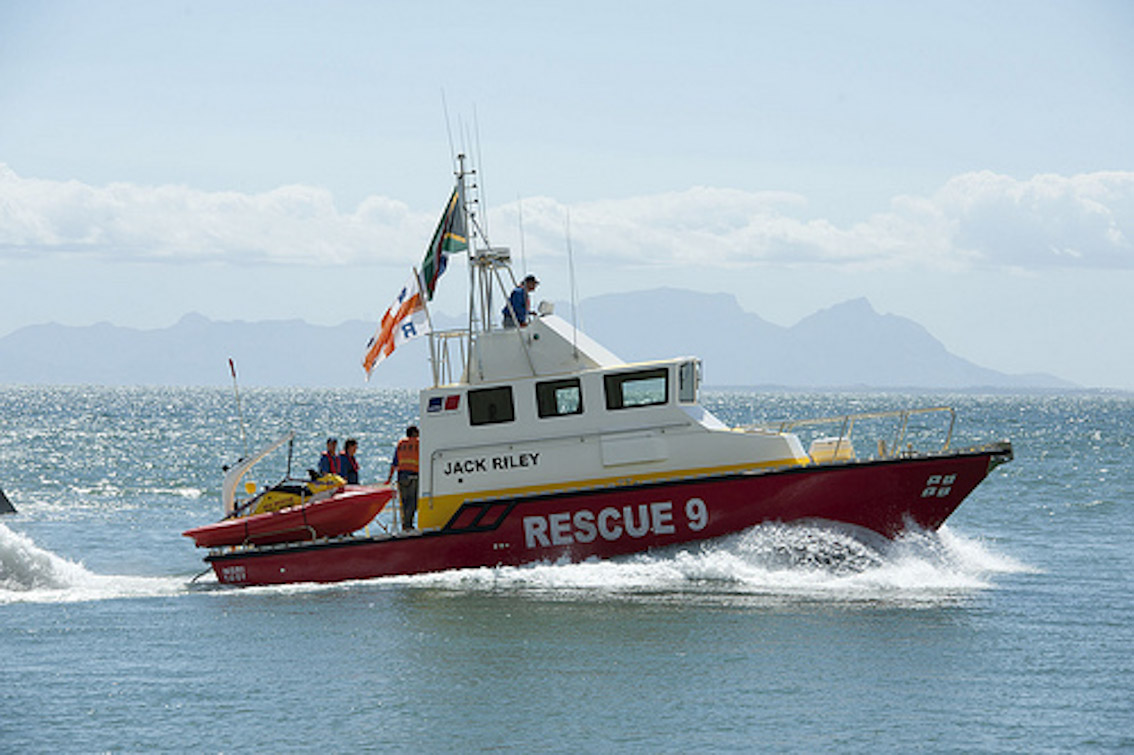