“On arrival on-scene a search commenced in 1 meter swells for a 13 year old male, from Mossel Bay, who had reportedly disappeared beneath the surf while swimming approximately 20 meters off-shore at approximately the first break.

“An adult, estimated to be in his mid twenties, reported that he was accompanying the teenager at the beach and that they had been swimming together and after they both exited the water the teenager had gone back into the surf to continue swimming but had disappeared under a wave and never resurfaced. According to the man no sign of the teenager has been seen since.

“An extensive sea and shore search which included the NSRI sea rescue craft and a Fire and Rescue Services rubber-duck on the water has revealed no sign of the teenager and a Police Dive Unit were activated and they remain on-scene continuing an ongoing dive search.

“Police are dealing with the family of the missing teenager and they have opened an inquest docket.” 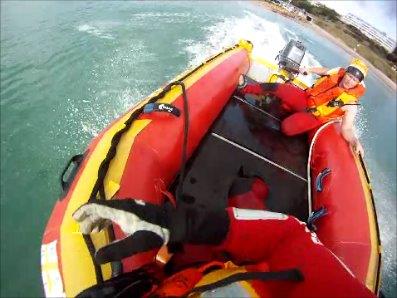