“At 09h15 Hermanus volunteers were activated following a request for medical assistance from the long line fishing trawler ZANDELI reporting that their 34 year old Donville Adams, who is from Woleseley, near Ceres in the Western Cape, had suffered complete amputation of his left index finger from an ice chopping knife while chopping ice blocks, at fishing grounds off-shore of Hermanus.

“Our Hermanus volunteer duty crew launched Hunters Gold Rescuer and responded to rendezvous with the vessel which was heading towards Hermanus from fishing grounds.
“An EMR private ambulance services ambulance was activated to stand-by at our sea rescue base.

“On arrival on-scene, 4 nautical miles off Danger Point, our NSRI medics stabilized the patient and he was transferred onto our sea rescue craft and brought to Hermanus harbour, with his amputated finger wrapped in sterile gauze and kept on ice.

“The patient has been transported to hospital by an EMR private ambulance in a stable condition and surgeons are investigating the possibility of reattaching the finger.

Doctors have confirmed that Donville’s amputated finger has not been able to be reattached. 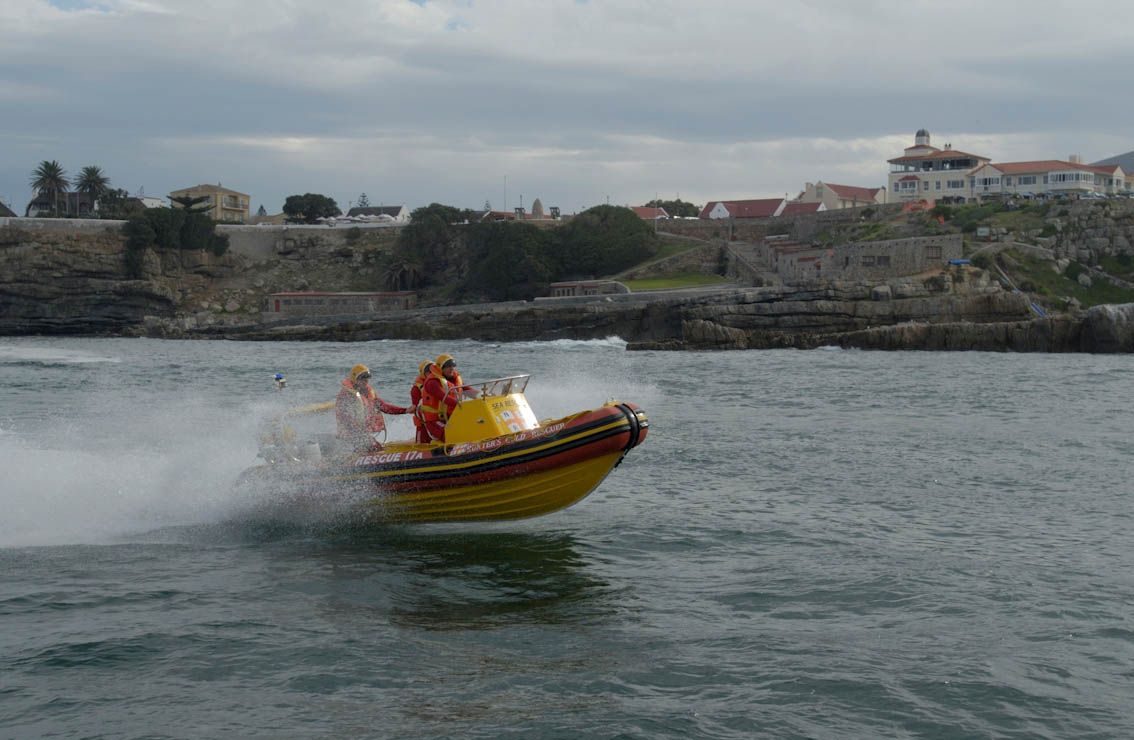