“At 07h34, on the morning of Tuesday, 24th July, NSRI Port Alfred duty crew were activated following reports of a man swept off West Pier by a wave, into the Kowie River, and being swept out to sea through the river mouth.

“According to eye-witnesses the man was standing on West Pier when a wave swept him into the water.

“On arrival on-scene our NSRI crew found the man floating face down in the water just off East Beach. (He had been swept through the river mouth and around East Pier, towards East Beach, by rip currents).
“The man was recovered onto our sea rescue boat and our NSRI medics commenced Cardio Pulmonary Resuscitation (CPR) and on arrival in the harbour the victim was transferred into the Gardmed ambulance and CPR continued in the ambulance en-route to hospital but once in hospital doctors declared the man dead despite extensive CPR efforts.
“A local doctor, Dr. Nel, who happened to be there at the time, also assisted with CPR on-scene.

“Police have opened an inquest docket and the name of the man, believed to be from Port Elizabeth and estimated to be aged in his fifties, has not been released. 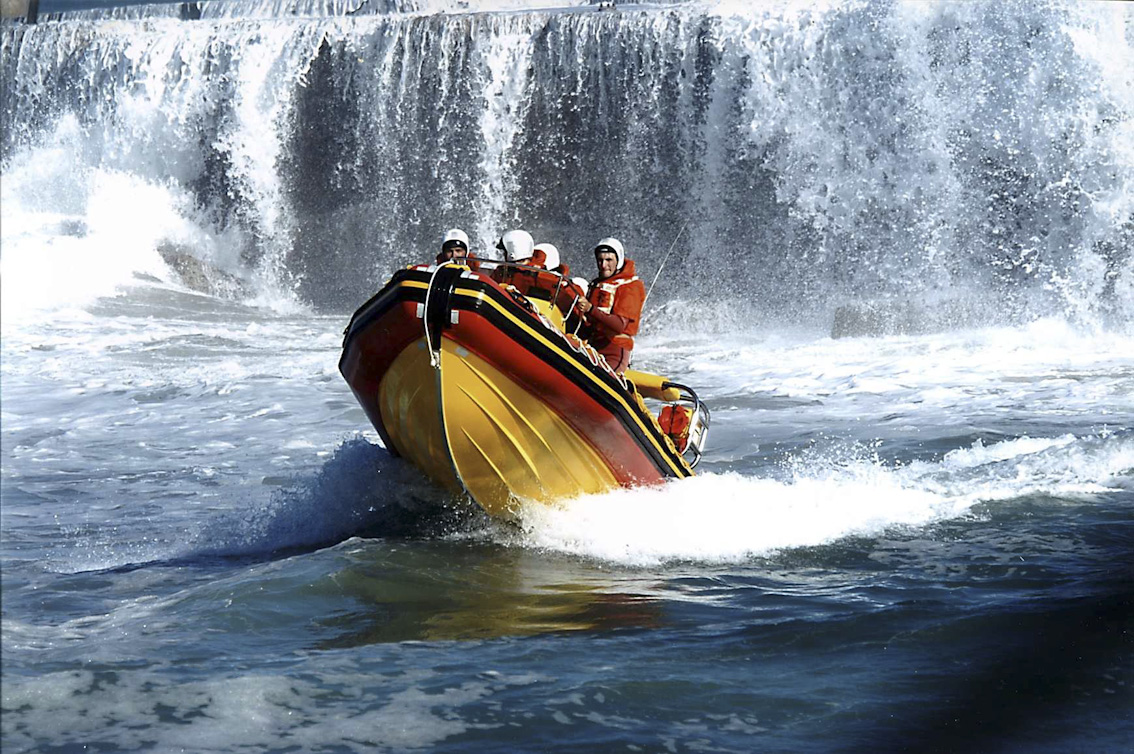 “At 06h10, on the morning of Tuesday, 24th July, Durban volunteers were activated by the Transnet National Ports Authority following reports of a man fallen overboard a cargo ship 2 nautical miles off-shore of Durban’s Port.

“Our NSRI Durban volunteer sea rescue duty crew responded to our sea rescue base to launch our sea rescue craft and Police Search and Rescue responded and a Medi Citi ambulance services paramedic and Netcare 911 ambulance services were dispatched to stand-by on-shore.
“A Transnet National Ports Authority rescue helicopter was also dispatched to stand-by on-shore (to transport the patient to hospital) and Sub-Tech salvage company employees, who were in the area at the time, stood-by to assist.

“Prior to NSRI’s arrival on-scene the 61 year old male, from Romania, had been recovered from the water. He was being brought to shore while crew of the vessel had initiated Cardio Pulmonary Resuscitation (CPR).

“On their arrival in Port a Medi Citi paramedic declared the man dead on arrival.

“It appears that 3 foreign crew members, including the victim, were being transported  from Port to the 160 000 ton Cargo Ship Cape Kestrel, at anchor 2 nautical miles off-shore of Durban, (an additional 3 foreign crew were to be taken off the cargo ship and transported from the cargo ship to shore – in normal crew rotation procedures), and according to reports, on their arrival at the Cargo Ship the victim was the first crewman to climb up a ladder to get onto the ship but he slipped off the ladder (from 7 meters up the ladder) landing in the water.
“He was recovered from the water  and brought into the Port of Durban while crew of the boat administered CPR and he was declared dead by paramedics on arrival in Port.

“Police have opened an inquest docket and the Department of International Relations and Cooperation have been informed.

“The name of the man has not been released as Police and the ships company are in the process of contacting the deceased man’s next of kin.”