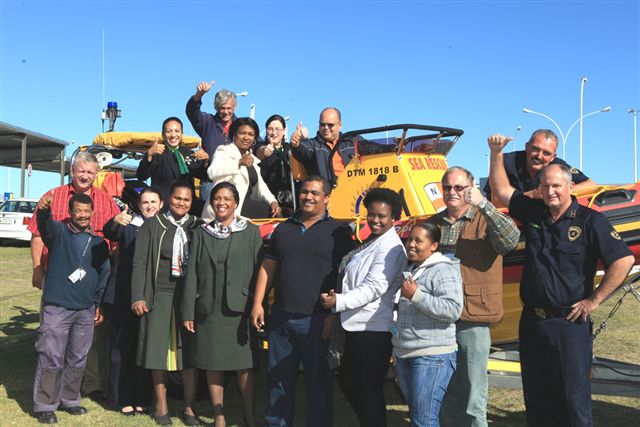 This amount was handed to NSRI Operations Director Mark Hughes in George this weekend. NSRI volunteers were publicly thanked for their valuable contribution towards providing a continued sea rescue service to the airports and the public in general.

ACSA has been a loyal supporter of the NSRI for more than a decade and is a valued Platinum Partner.

Mark Hughes says, “South Africa doesn’t have a state Coast Guard service. The NSRI, a non profit organisation, was founded in 1967 with a mandate “to save lives on South African waters. We have provided this service for 44 years.”
“Sea Rescue does not charge the people who we rescue but relies on donations, bequests and sponsorships to cover the annual running cost of R25m. So we owe a big thank-you to ACSA for their continued support.”