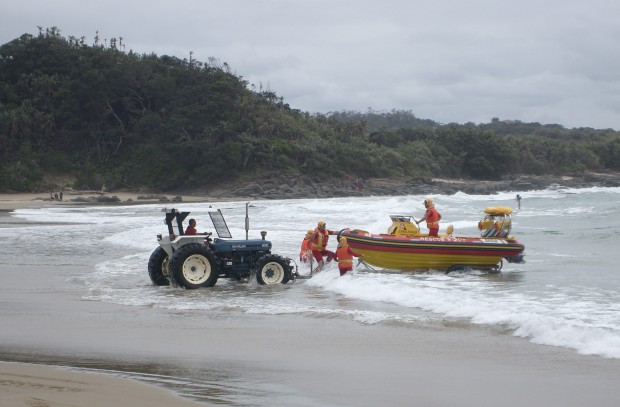 According to Allan Stilwell, Port Edward duty controller, it appears that the boat Victor I, with 3 men on board, capsized in the surf line while launching to go and fish.

The Port Edward duty crew responded to the scene where we found skipper Dirk Liebenberg, 61, and his crew Attie Gerber, 63, and Koos Gerber, 52, recovering their boat which had washed ashore. They had all swum and waded ashore.

NSRI Shelly Beach duty crew were activated following a call for assistance from two Port Shepstone men, on a 4.2 meter rubber-duck, reporting to be adrift 4 nautical miles off Margate, with motor failure.

Their boat with crew, 58 year old Michael Mather-Pirz and 33 year old Patrick Fenton was towed ashore without incident and once safely ashore.

They had been out fishing when their engine starter cord failed.