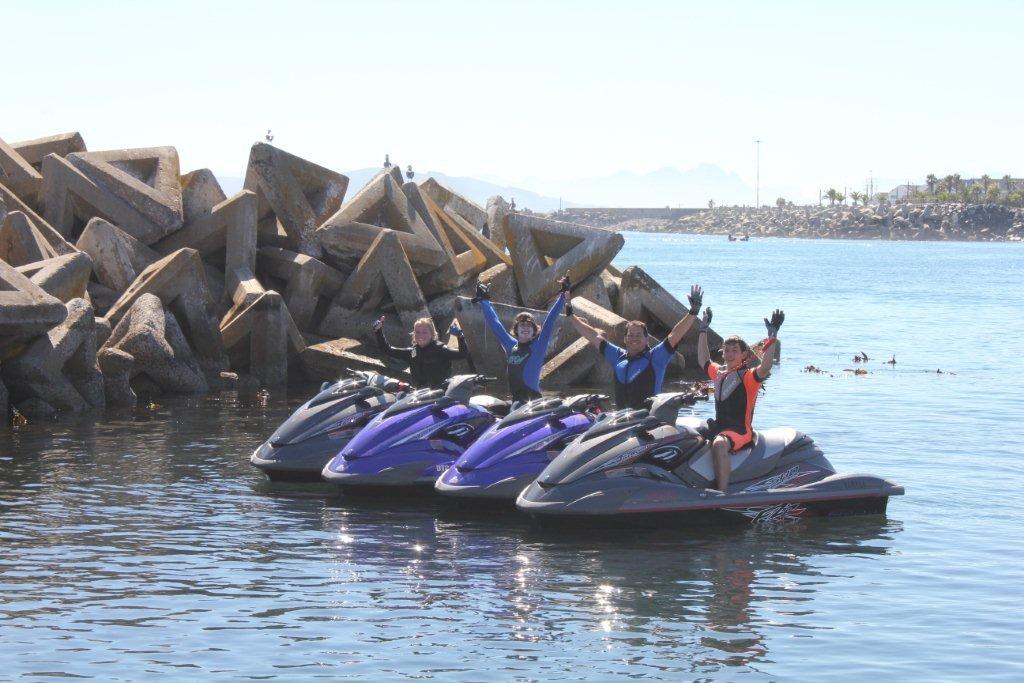 Mike Russon and his three children, Keira (21), Kyle (19) and Kelvin (16) believe there must be more awareness for supporting the National Sea Rescue Institute. Out at sea our lives depend upon NSRI.

So to create that awareness they embarked on a ride with four wet bikes in 3 metre swells all the way from Oceana Boat Club in Cape Town to Langebaan to raise money for the National Sea Rescue in Langebaan.

We really want to thank those that supported our charity run especially Limousine Extreme who donated over R10 000 rand.

They completed the turbulent ride in just over 3 hours. Keira remarked it’s like riding a horse doing over 300 jumps in their journey to Langebaan. At many stages the swell was so big you actually would come off the top of a three metre swell and get sucked under the next one. At many times when the waves swept over me I had to gather my thoughts to see where I was. The scariest at one stage was seeing fins then a huge grey looking shark swimming under my wet bike. Not sure what shark it was but was not waiting to find out. Kyle commented with those huge swells crashing over you all the way, it’s like standing in an ice cold shower for three solid hours .

The Atlantic is no joke.

Kelvin too disappeared under a few swells, but made sure he was staying on as when it happened  there were hundreds of seals swimming all around us and he remarked with that being the great white shark favourite meal on the menu he is definitely not going to be a part of it.

But we all arrived safely and rode straight to Pearly’s in Langebaan for a well deserved lunch.

Dad is very proud of his children Kelvin, Kyle Keira, who are the first as family to ride successfully all the way from Cape Town in huge swells to Langebaan safely.

To create a further awareness to support the N.S.R .I and  raise funds we are all  currently planning  to ride to  Plettenberg bay by wet bike. This will be over several days as South Africa is known for its treacherous seas.