At 14h50 on Tuesday, 21st February,  NSRI Knysna volunteer crew were activated following reports of a hiker requesting assistance for his wife after she had become trapped on a ledge while hiking on the Kranshoek hiking trail above the sea on a cliff.

Husband, Vivian Jones, 61, and his wife, Anne, 59, from Wales in the United Kingdom, had hiked up a steep cliff until they couldn’t progress any further and Anne was not prepared to try to climb down the way they had come so Vivian climbed the cliff.  On reaching the summit he walked to their car and he began driving in search of a cellphone signal to raise the alarm.

On coming upon a house, in the wilderness, the family at the house allowed him to call the NSRI for help.

Graeme Harding, NSRI Knysna station commander said that even for the rescue team the climb to reach Anne was rather precarious and it was quite astonishing that the couple had got so far up the cliff and even more so for Vivian who had climbed the remainder of the cliff to go for help.

Once safely reunited with her husband they were both treated for minor lacerations, hydrated and
they then required no further assistance. 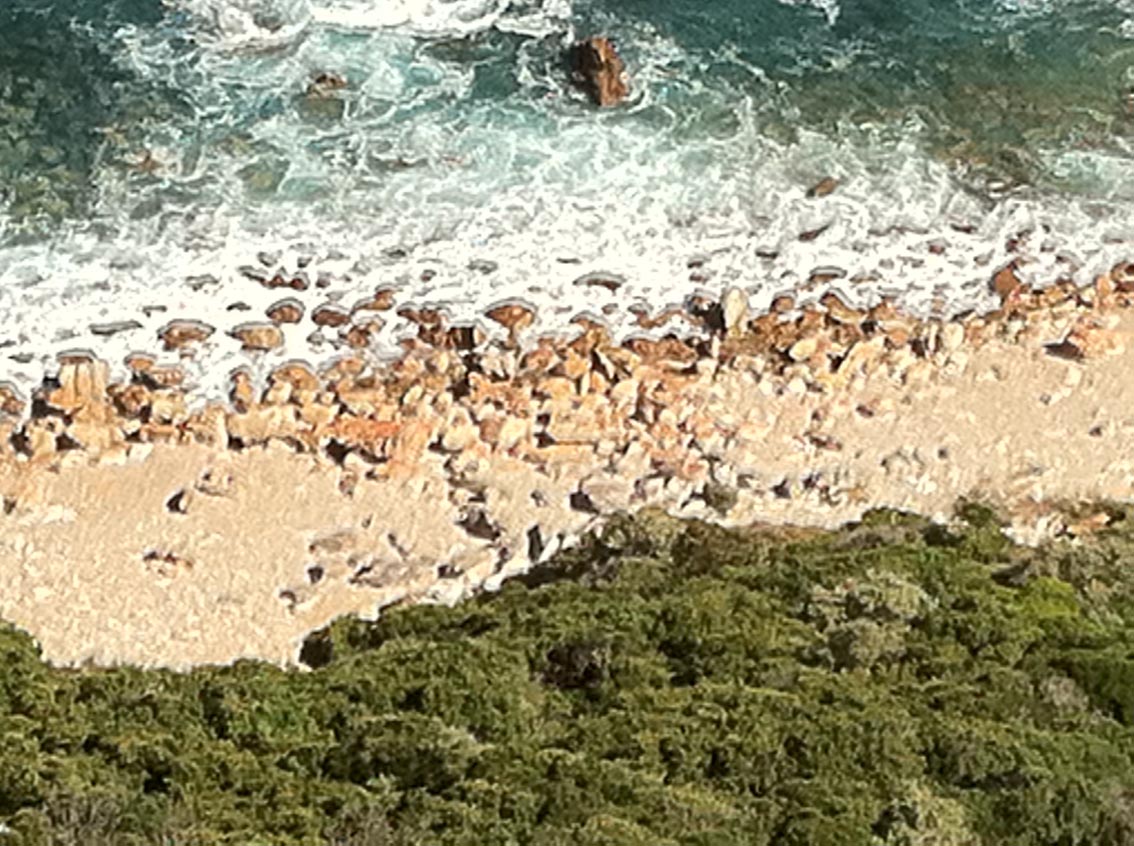 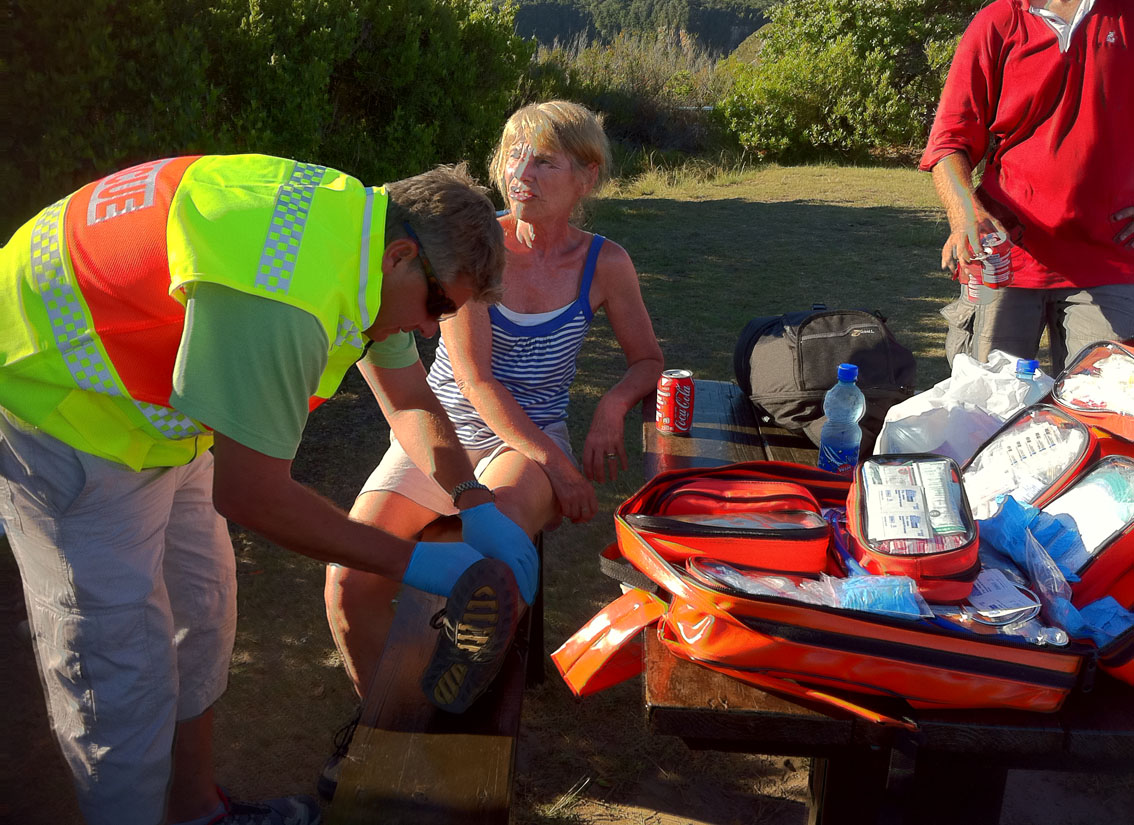 At 16h49 on Sunday, 19th February, NSRI Hout Bay launched sea rescue craft to initiate a search for a couple reporting to be in some difficulty at De Braak, on the Karbonkel Berg hiking trail on the coastline between Hout Bay and Llandudno, and a WSAR (Wilderness Search and Rescue) team and a WC Government Health: EMS technical rescue squad were dispatched.

Brad Geyser, NSRI Hout Bay station commander, said that Richard Stanford, 28, and his girlfriend Laura Burton, 25, both from Rosebank, Cape Town, had embarked on a hike along the sea shore between Hout Bay and Llandudno but on reaching De Braak, a notoriously dangerous part of the hike, they found they could not progress any further and called a friend on their cellphone
confirming that they were on the hiking trail but dehydrated and unable to continue due to the unfamiliar and dangerous terrain and requesting assistance.

Their cellphone battery then died sparking a full rescue operation to locate and rescue the couple before daylight faded.

When NSRI sea rescue craft reached the couple it was decided not to attempt to take them off over the rocks into our sea rescue craft because of the dangers that posed and the Metro EMS Skymed helicopter was activated.

Using the NSRI sea rescue base as a command post the Skymed helicopter flew two sorties first winching the couple off the rock bringing them safely to Hout Bay and then returned to the scene to airlift the WSAR  members bringing them back to Hout Bay.

The couple were collected from NSRI Hout Bay rescue base by  friends and required no further assistance. 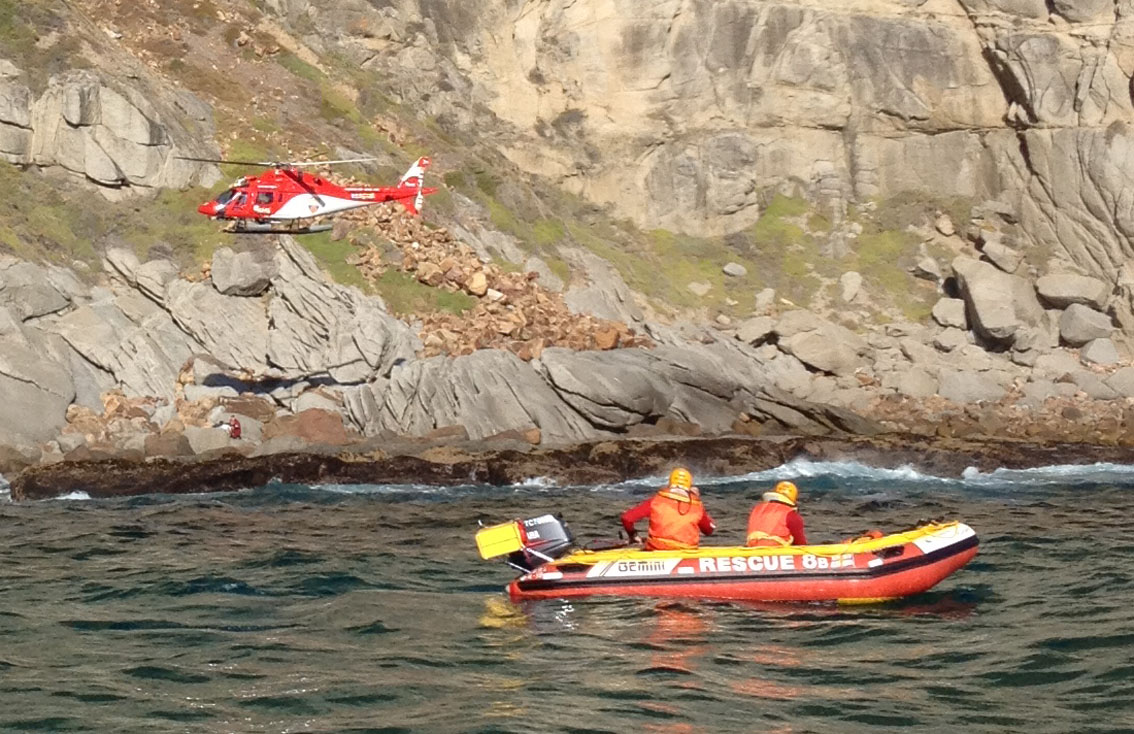