At 21h30 Vaal Dam volunteer rescue duty crew were called out following a request for assistance from residents at Club 40, private residences on farmland, 30 km from the Deneysville Vaal Dam NSRI, near to the Vaal Dam dam wall, reporting a house alight.

The thatch roof house had caught alight during an electrical thunderstorm and the fire is suspected to have been caused by lightening.

Our duty crew responded, taking fire fighting equipment and water bowser trailers which we keep at our base and we activated Sasolburg Fire and Rescue Services.

On arrival we found residents had already emptied 7 large fire extinguishers to no avail as the thatch roof centre house was found well ablaze.

Our volunteers saved other valuables and the contents of the owners garage from being destroyed, carrying most of the contents and valuables onto a lawn.

The house owner, Chris Kruger, lives in the main house and his two daughters live in the two adjoining houses that flank the main house on each side.

Chris Kruger was in Johannesburg at the time with his daughter, who lives in one of the adjoining houses. The second daughter and her husband had been at her house at the time and had raised the alarm.

In the early hours of the morning Chris arrived to survey the destruction.

The fire is believed to have started at 21h00.

Our NSRI volunteers departed the scene at 04h30 after the fire had been completely extinguished. 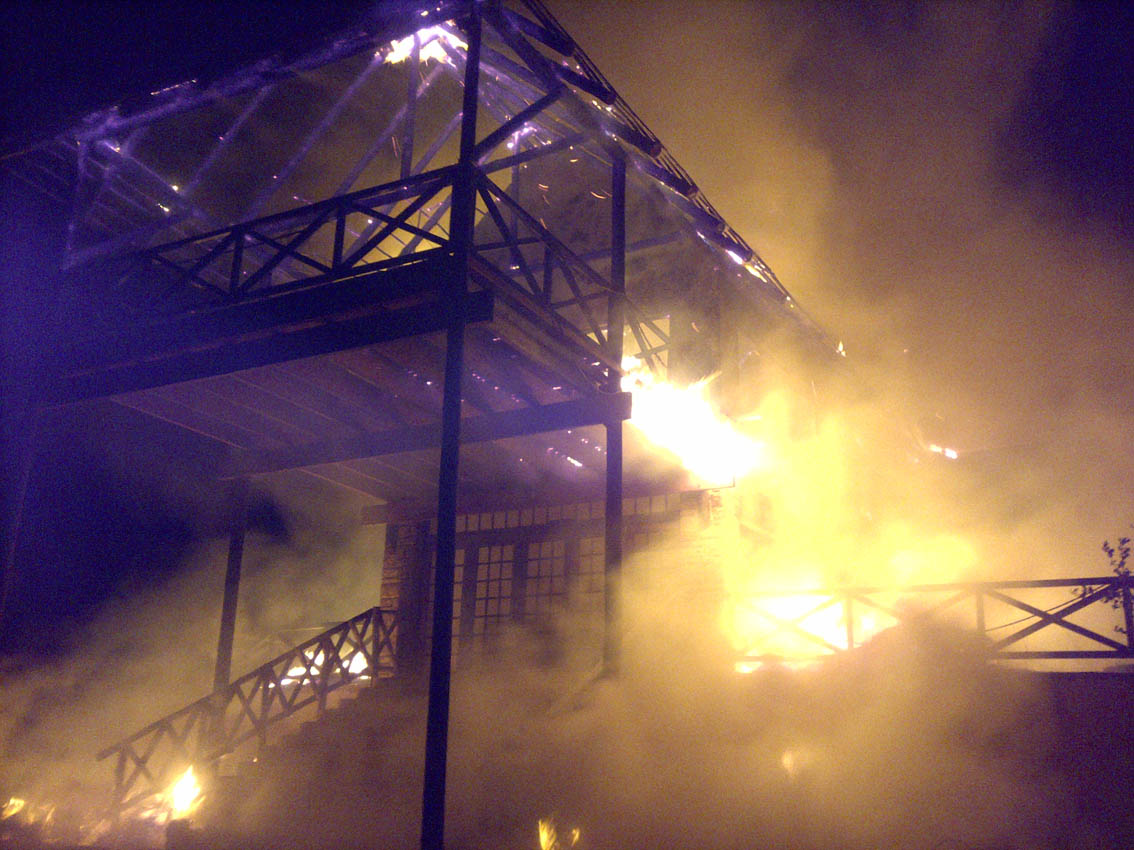 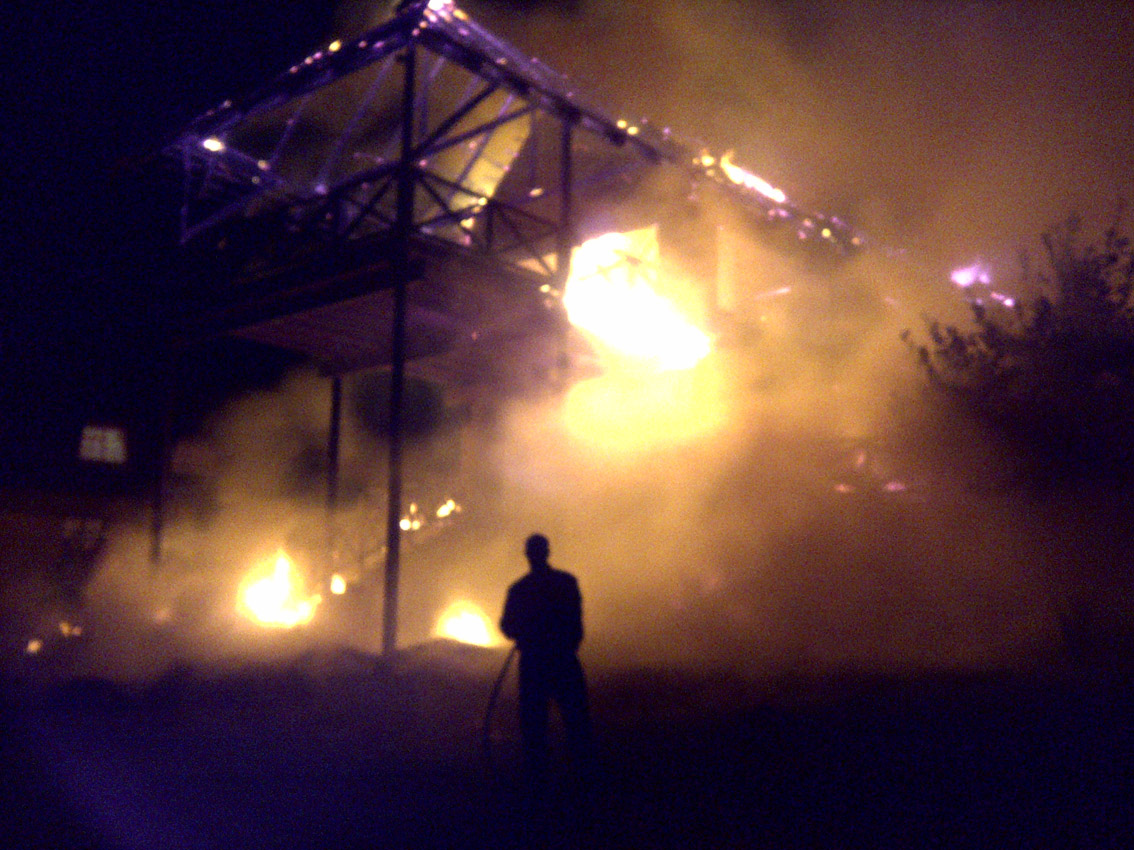