Hangklip
Today, Wednesday, 04th January, at 10h01 NSRI Hermanus volunteer sea rescue duty crew, Metro EMS and Police were called out for a boat capsized off of Hangklip.
On arrival the Metro EMS Skymed helicopter found the upturned hull of a boat 1.5 nautical miles off-shore South of Hangklip.
According to local Police Community Forum members (who were also on-scene on the shore) all 5 men, who were on the boat when it capsized, were rescued by two unidentified rubber-ducks and brought ashore.

The Metro EMS Skymed helicopter landed at the scene and confirmed that all 5 men were accounted for, safe ashore, and not injured.
The owners will arrange to salvage their boat AMARULA.
It is not yet known what caused their boat to capsize and NSRI have no further details.

Richards Bay
On Monday – 02nd January, at 16h00, NSRI Richards Bay volunteer sea rescue duty crew responded to the Bay Hall Recreational area, at Richards Bay’s Port, 500 meters from the NSRI rescue base, following reports of a drowning in progress.
On arrival on-scene two NSRI rescue swimmers free dived to search for a 20 year old man who had disappeared under water while swimming.
During the free dive search the body of the man was discovered and recovered from the water by the NSRI rescue swimmers and after all efforts to resuscitate the man were exhausted by paramedics on-scene the man was declared dead.

Gordons Bay
Yesterday – Tuesday, 03rd January, during an ongoing Police dive search for a man missing and presumed to have drowned at Strand Main Beach the day before, a Police Dive Unit, searching on Police Jet-Ski’s, located and recovered the body of a man, drifting approximately 800 meters off-shore. The body of the man, believed to be that of a 32 year old Malawian National, was brought ashore and handed into the care of the Forensic Pathology Services.
Police are arranging for positive identification and are continuing investigations into the incident.

Pennington Beach
At 15h10, on Monday, 02nd January, NSRI Durban were called out following reports of a drowning in progress at Pennington Beach, South of Durban.
NSRI Durban activated local lifeguards who confirmed that a 10 year old boy had disappeared under water after reportedly being swept out to sea and an extensive search by lifeguards was conducted and a Police Search and Rescue team were called to continue with an ongoing search.
On Tuesday, 03rd January, NSRI Shelly Beach and a Police Search and Rescue team continued with the search. NSRI Shelly Beach launched a rescue boat on-scene to assist and local lifeguards assisted in the ongoing search but, hampered by 4 meter swells, no sign of the missing child has been found and Police Search and Rescue continued a search today (Wednesday, 04th January). 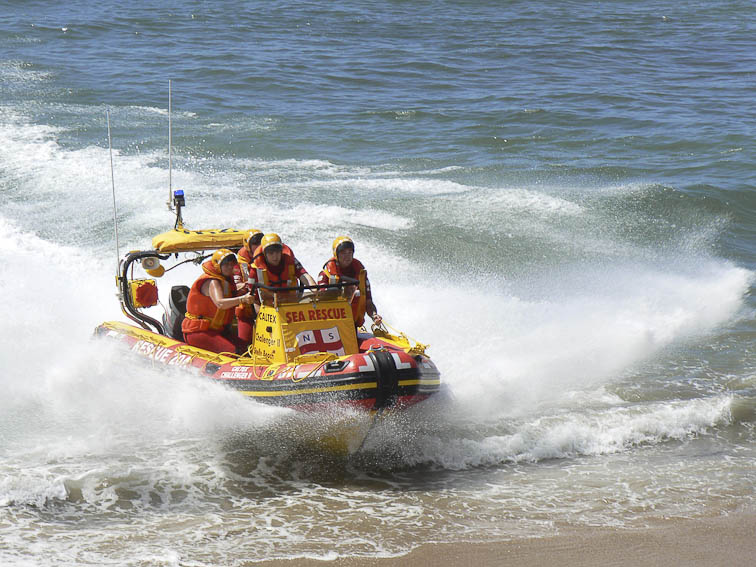