At 06h50 NSRI Port Alfred volunteer sea rescue duty crew were activated following an off-duty NSRI volunteer witnessing a boat capsize in the Kowie River Mouth with 5 persons thrown off the boat into the water in the surf line.

Keryn van der Walt, off duty NSRI Port Alfred volunteer, was busy with her private business skipper training at the harbour pier wall when she watched as a Catamaran rigid inflatable craft with 4 adults and a child onboard, exit the harbour through the Kowie River Mouth, heading out to sea, during an outgoing Spring Tide.
“The boat successfully negotiated a few waves as she headed out,” said Keryn, “but a steep, set of waves rolled in (when there is an outgoing Spring tide at the Kowie River Mouth the waves stand up steep in a very short space of time and also bunch closely together) and a wave caused the boat to almost stand up straight and hang in the air as it tried negotiate its way over the wave but one of the crew fell backwards landing on the child and knocking another crew member backwards and their combined weight shifting suddenly to the back of the boat caused the boat to flip over backwards.
All 5 people in the water managed to clamber onto the upturned hull of the boat which was then swept out to sea beyond the breakers by the outgoing Spring tide.

Keryn activated the NSRI Port Alfred volunteer sea rescue duty crew and then jumped onto one of her students boats, JACKO, and her and the student rushed to the scene successfully taking all 5 people off the upturned hull of the capsized boat and securing a tow-line to the casualty boat and the NSRI sea rescue craft RESCUE 11 ALPHA arrived on-scene and took all 5 casualties safely back to the harbour while Kerryn and her student kept the casualty boat secured off-shore.

Once all 5 casualties were safely ashore the NSRI sea rescue crew then launched the larger sea rescue boat KOWIE RESCUER and together with JACKO they righted the casualty craft and anchored her off-shore to be recovered when the sea state subsides later.

The 5 casualties, boat owner Tobias Pienaar, 49, and crew Eddie Roos, 49, Johan Roos, 21, Dawie Hugo, 55, and the 12 year old son of Tobias, all from Port Alfred, were not injured and the brave 12 year old was treated for shock but was otherwise not injured.

At 15h30 NSRI Port Edward volunteer sea rescue duty crew were activated to respond, by road, to the Estuary Hotel Resort, near to the Lagoon, where a 35 year old woman, an employee of the hotel resort, had rolled a golf buggy sustaining injuries.

On arrival on-scene NSRI medics assisted the lifeguards, who were already on-scene treating the woman, who had a suspected hip fracture. She has been transported to hospital in a stable condition by ambulance for further treatment. 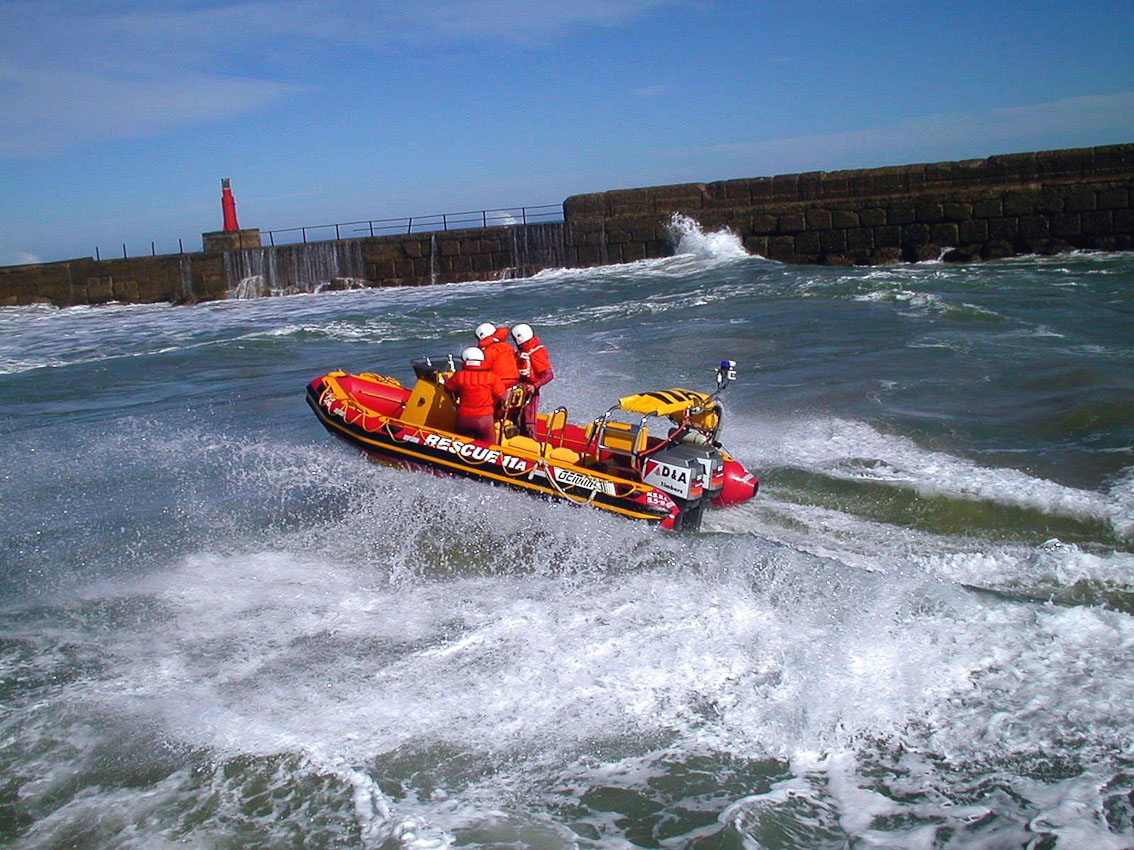