At 19h00 on Wednesday, 28th December NSRI Mykonos volunteer sea rescue duty crew and Metro EMS were activated following numerous eye-witness reports of what appeared to be 3 children drifting off-shore of the Langebaan yacht club being blown  on a heading towards Schaapen Island, 2 on swimming pool lilo’s and 1 in a small swimming pool blow-up canoe, in a 36 knot Southerly wind.

On arrival on-scene Craig noticed the 3 nearing Schaapen Island and he prepared to launch a kayak thinking he could reach them at the Island and thinking he would then keep them safe on the Island until rescue craft arrived on-scene but it appeared that the 3 had different plans and it looked as if the wind was responsible after they overshot the island leaving them exposed to the wind and heading in a direction towards Mykonos. At this stage NSRI feared they would be blown out to sea as the direction that they were heading, left their fate with a very narrow margin between reaching Mykonos or being blown out to sea in quickly fading light.

Fearing the worst Craig asked a kite-surfer to go over to the 3 (who we still suspected to be 3 children) and try to get them to huddle together until the rescue craft arrived.

The kite-surfer reached the 3 about half a nautical mile off-shore and it turned out that the two boys and a girl, aged between 19 and 21, according to the kite-surfer, told him that they were on a down wind dash, effectively hoping that the wind would take them, all fully kitted in wet-suits, and appearing to be prepared to take the gamble of either making it safely to their destination or failing and being blown out to sea!

As rescue crews arrived the three had managed to paddle to shore at Friday Island but refused to give rescuers their names before making another dash, this time on foot, running away we suspect to avoid giving us any of their details or perhaps to avoid giving rescuers a valid explanation to their obvious foolhardiness.

The NSRI strongly feels that these three not only gambled with their lives but also possibly gave no consideration to the rescue teams who would obviously respond once eye-witnesses had spotted them. Had they disappeared into the night the rescue operation could easily have gone on through the night. 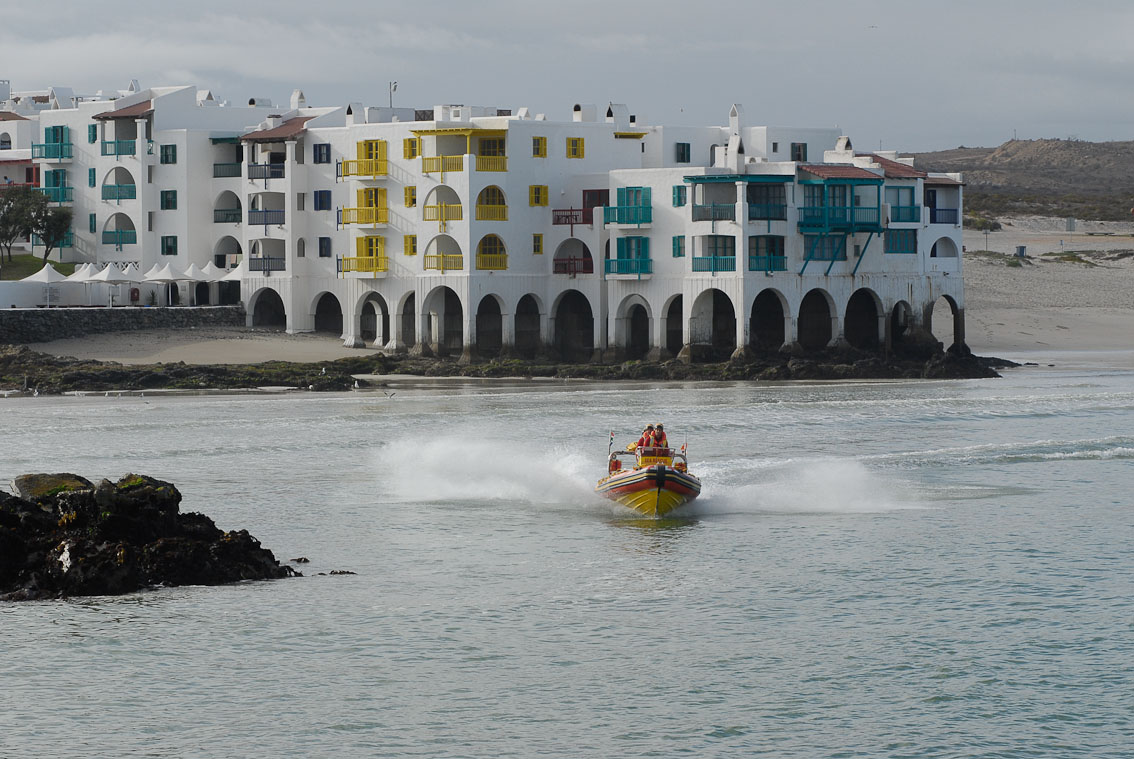