At 17h10 on Friday 16th December our NSRI Vaal Dam duty crew were called out following reports of a woman who was injured north of the Vaal Dam from an accident involving a tyre tube on which she was riding while being pulled by a ski-boat.

Our NSRI volunteers responded to the scene in our rescue vehicle and found a 21 year old Johannesburg woman with suspected spinal injuries.
She had already been removed from the water by friends and we treated her for spinal injuries securing her to a spinal board and an ER24 ambulance transported her to hospital in a stable.

At 15h05 on Monday, 19th December our crew were called off Denneysville where a man had swum out after his power boat which had been blown out into the middle of the dam during a severe thunderstorm. The man had been unable to reach his power boat but now found himself at the mercy of the weather bobbing around in the middle of the dam and exhausted.
Fortunately he was wearing a life-jacket. His wife sent their garden maintenance worker after her husband, in a canoe, but the canoe had also been blown away. The alarm was raised and NSRI Vaal Dam launched our NSRI rescue craft and both men were rescued and brought safely ashore.

Then at 16h00 on Monday, 19th December our crew were called again to respond to assist the 22 foot yacht MIZBEHAVING which was caught in the same thunderstorm and was being blown towards the dam wall with 2 men onboard.
We launched our rescue boat and caught up with the drifting yacht 200 meters from the dam wall and took her and her two sailors, from Morehill, Benoni in tow.
Dick Manten, NSRI Vaal Dam Station Commander. 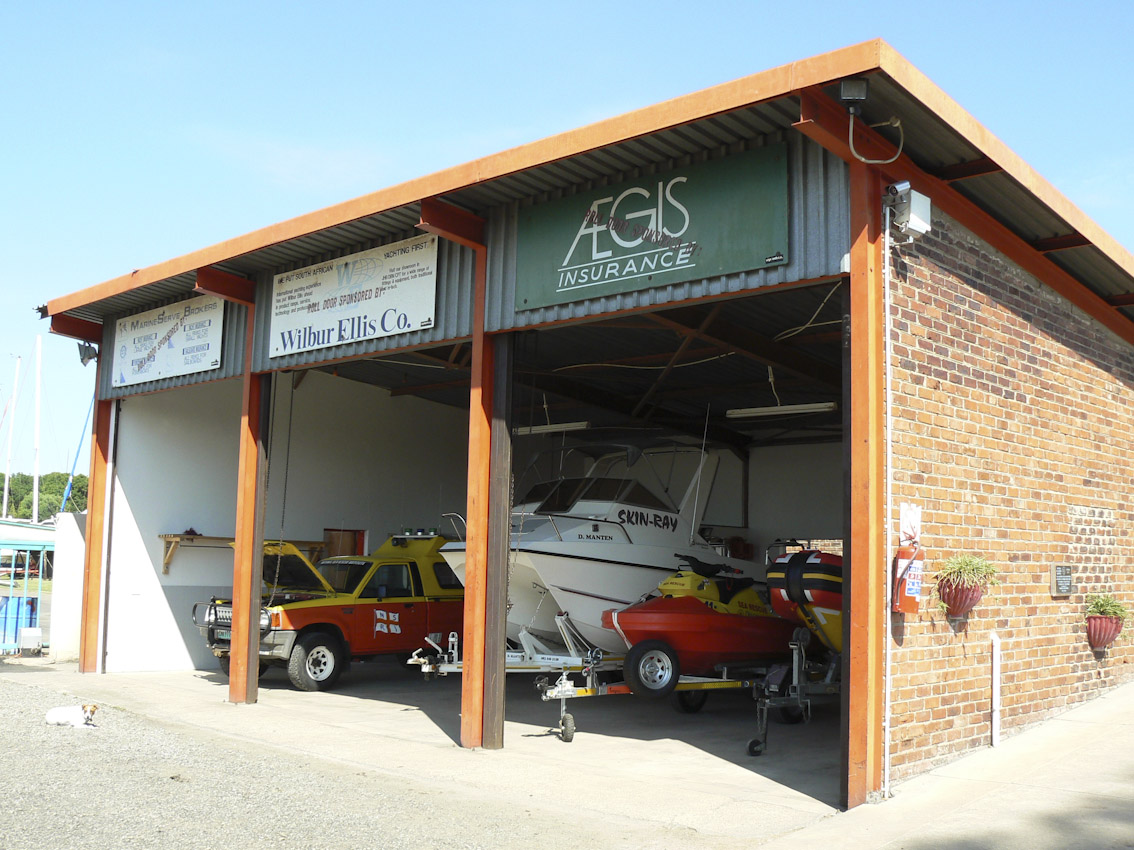