At 16h28 NSRI Vaal Dam duty crew were called out following reports of a canoe and a boat capsized about 1 kilometer from our NSRI rescue base at Deneysville.

It appears that three Boy Scouts (Emmerentia Victory View Boy Scouts), aged 17, 16 and 14, from
Johannesburg, had embarked on their ‘Canoeist Interest Lodge’ (A compulsory 30 kilometer canoe ride as part of their qualifying) and had launched 3 canoes at the Lake Deneysville Yacht Club and headed in the direction of Groot Eiland but shortly into their voyage the wind picked up to 15 knots apparently causing one of their K2 Canoes to fill with water and sink.

The Scouts attempted to tether the semi-submerged canoe to one of the remaining canoes to try to ‘rescue’ the canoe when fisherman Andries Schoombee, and his son, on their cabin cruiser, had noticed the three Scouts in trouble and went to their aid.

From what we understand two of the Scouts climbed aboard Andries’s cabin boat causing it to capsize. The third Scout, still on his canoe, drifted away and eventually landed up ashore on mainland.

A third boat, who’s skipper had also noticed the commotion, arrived on-scene and took the capsized boat under tow eventually towing the boat safely to mainland. Our NSRI volunteers, who were on the water at the time in our private boat HASSLES, responded to the scene.

On arrival we found two of the Scouts in the water with Andries, his 9 year old son, and two of the canoes, while the third Scout, still in his canoe, had drifted quite a distance away but was already close to Mainland. The third boat, whose owner was not identified, had the capsized cabin boat under tow. We rescued the two Scouts and Andries from the water and brought them to shore safely. We launched our NSRI rescue craft and recovered the two canoes.

No one was injured in the incident. 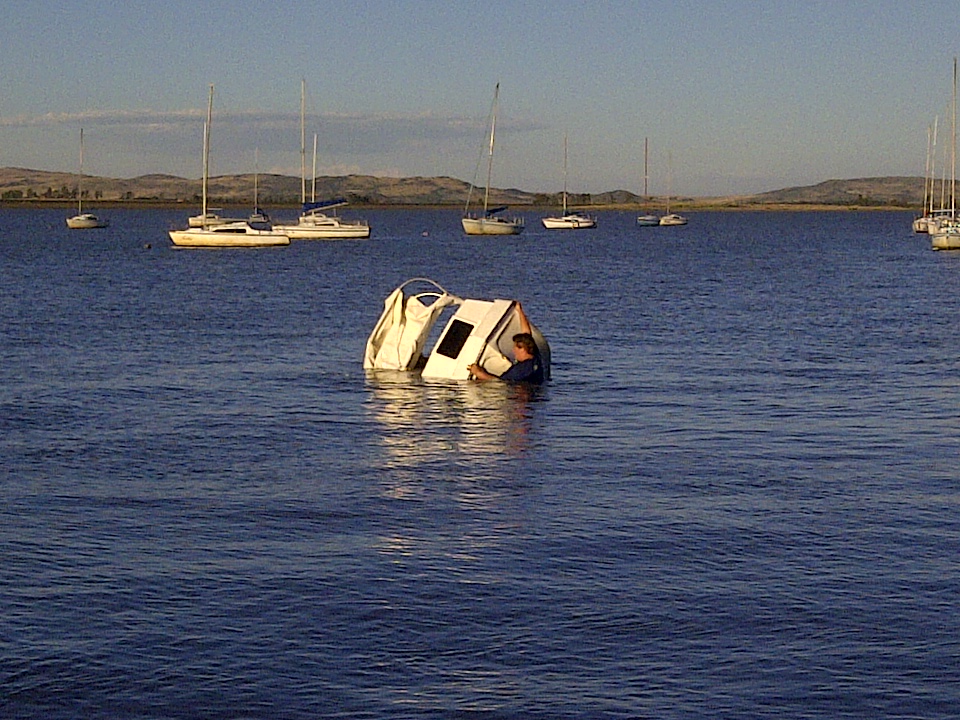