At 13h15 on Monday 31st October volunteer sea rescue crew were called out following reports of a woman being swept out to sea in rip-currents at Silver Beach.

Our duty crew responded to our sea rescue base to launch a rescue boat and NSRI rescue swimmers responded directly to the beach. uBuntu Lifeguards and a Netcare 911 ambulance were also called.

Silver Beach is only patrolled by Lifeguards during the weekends.

A NSRI off-duty trainee, Robin Nel, 17, who was on the beach at the time, saw the lady being swept out to sea and he called the NSRI before diving into the surf to help her.

Robin swam into the rip current to use it to catch up with her. On reaching her he calmed her and helped her to swim to nearby rocks. He kept her there knowing that his fellow crew members would be on their way with a rescue boat.

An off-duty uBuntu lifeguard, David Maduna, who was also on the beach at the time, noticed Robin swimming out to sea, and he also swam out to help. On reaching Robin and the lady, who was by now sitting perched on the rocks, he and Robin decided that between them they would swim the lady back to the beach, which they did.

The lady, 44 year old Cecilia McGuire, from Springs in Johannesburg, was assessed by NSRI and Lifeguard medics. She was not injured and required no further medical assistance so the Netcare 911 ambulance was stood down as it was no longer required. 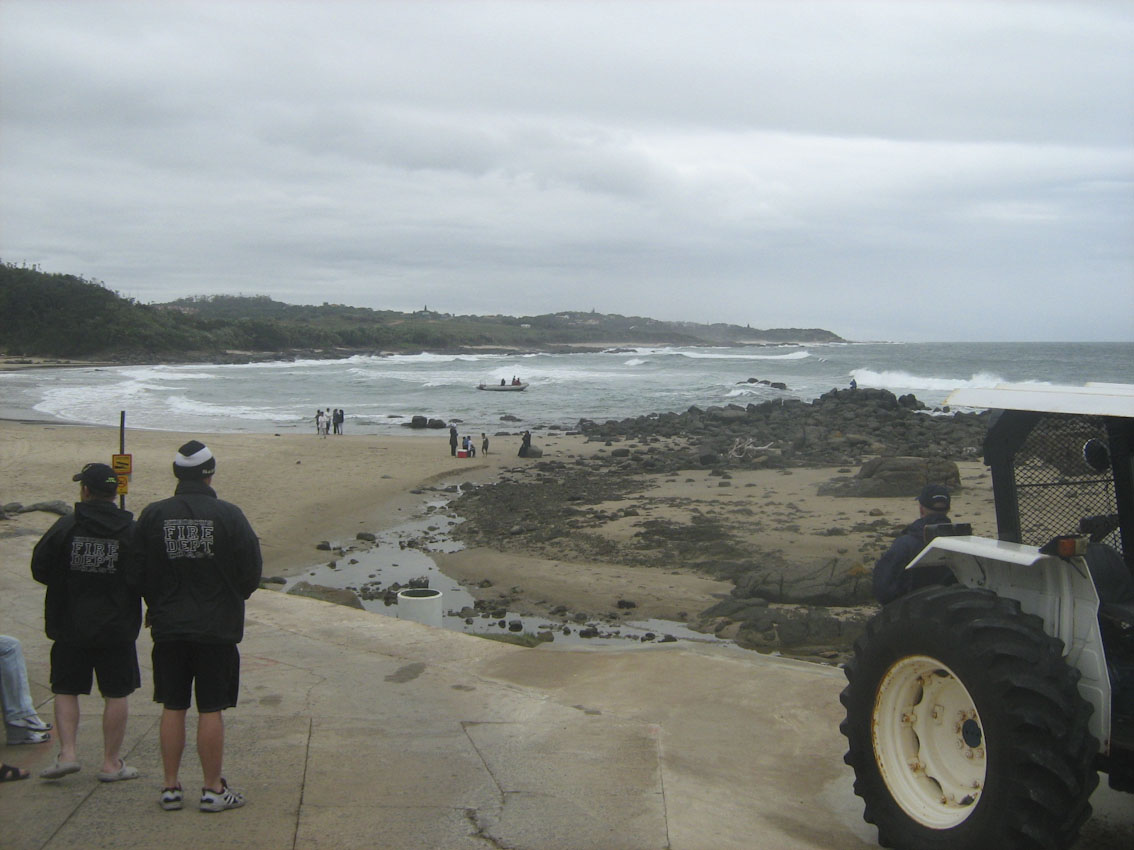