At 16h16 on 08th November Wilderness volunteer duty crew were called out following reports of an angler swept off rocks between Herolds Bay and Ballot Bay, near Wilderness.
Our crew launched the sea rescue boat SERENDIPITY and the DISCOVERY rescue runner, and Metro EMS ambulance, a Metro EMS rescue squad, the SA Police Services and ER-24 ambulance service were also called.

On arrival, along a barely accessible part of the coastline, an extensive sea and shore searched commenced for an angler reported to have gone missing after he was swept off rocks while fishing. Another two anglers had managed to get to shore after also being swept off the rocks and both of them have been attended to by Metro EMS paramedics.They are in a stable condition.

No sign of the missing man has been found. A search is continuing. Police divers have been summoned to the scene. It appears, at this stage, that the alarm was raised only quite some time after the incident occurred, because of the barely accessible terrain and lack of cell-phone signal at the site of the incident.

Police are in the process of opening an inquest docket.

The 2 men who managed to get to safety after being swept off rocks by a wave while angling walked away unhurt. A search is continuing for a third man, an angler from Groot Brak, who is missing and who is feared to have drowned in the same incident.
Details of the men and an inquest docket is being recorded by Police. The NSRI have no details of the 3 men at this stage.
Very rough sea conditions prevailed between Cape Agulhas and Plettenberg Bay yesterday with deep-sea wave swells reaching up to 9 meters and it is suspected that this may have contributed to the accident where rough seas smashed the coastline.

NSRI are urging anglers to check weather conditions and tides before embarking on fishing trips and anglers should wear life-jackets when fishing from rocks or from parts of the coastline that may be swamped by seas during tides increase to high tide. 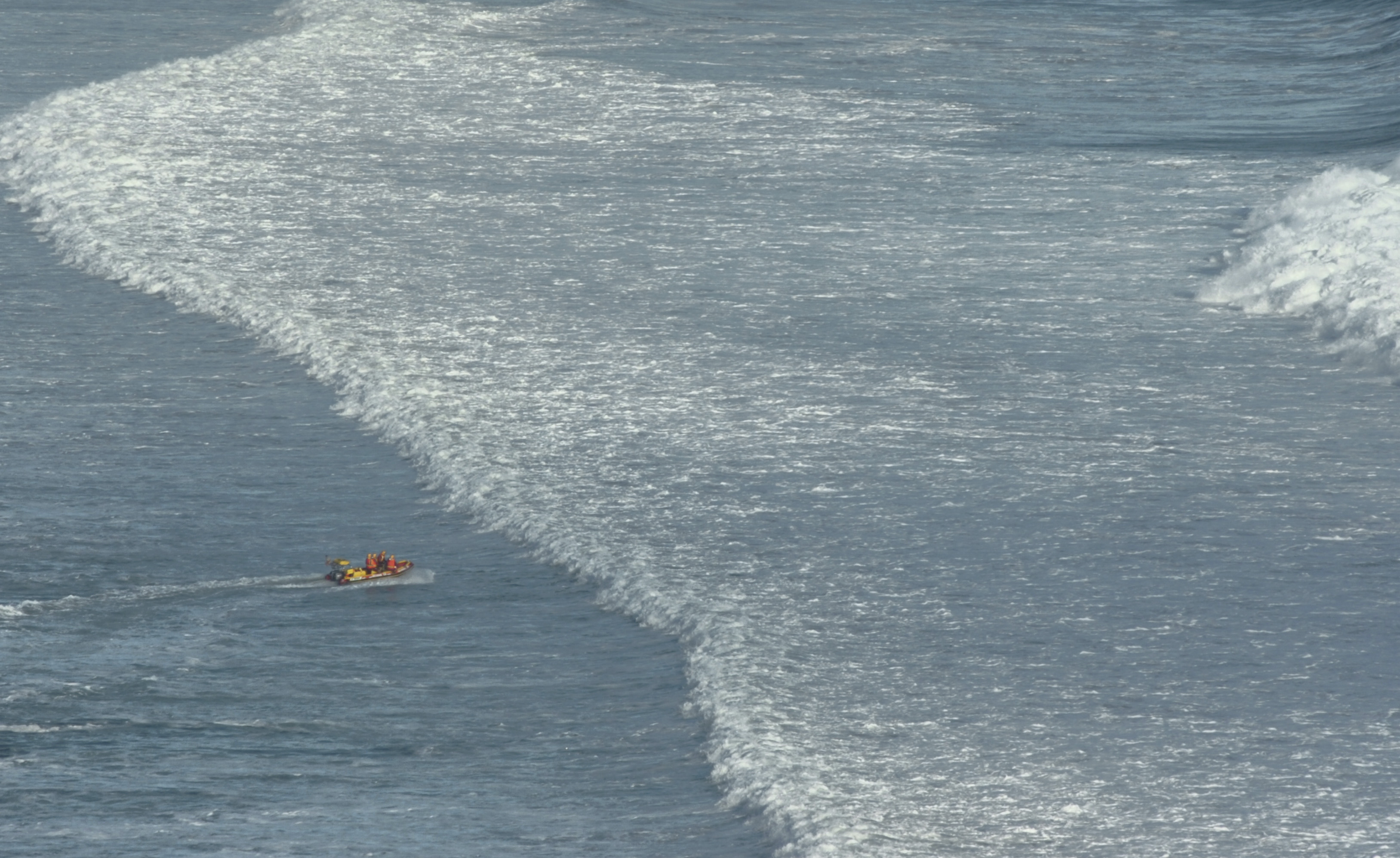