Sea conditions were a gusting up to 25 knot Northerly wind and 2 meter choppy and rough sea swells.

While we were responding to the scene we were able to get hold of the skipper (and owner) of the casualty yacht KAJIMA, 50 year old Richard Danell, and his crewman 80 year old George Ashley. They said that their rudder had shown signs of being faulty earlier the previous evening and had now broken completely, and their anchor was dragging. They were close enough to shore to get off the boat and wade ashore if necessary.

Richard had just bought the yacht and was delivering her to Saldanha Bay.

A short while later Richard confirmed that the yacht had run onto the beach and had been capsized by waves but he and his crewman were safe ashore.

A group of locals waded into the water to help the two men ashore.

The owner will make arrangements to salvage his yacht. He has confirmed that they were anchored in the Paternoster Bay for two days. 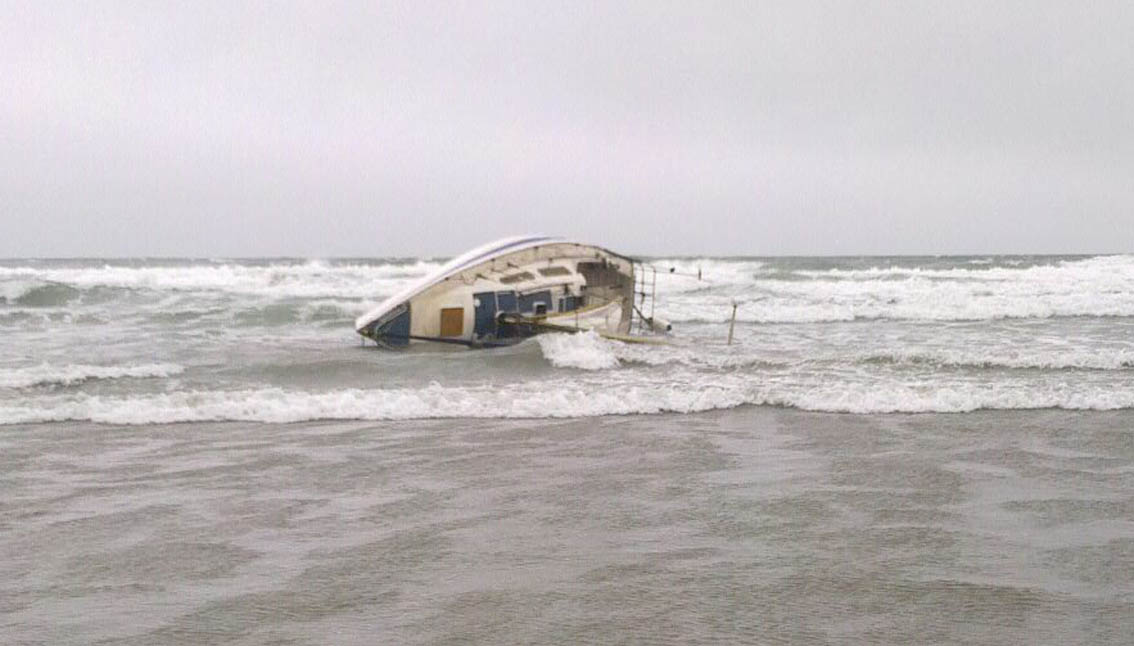