Darren Zimmerman, NSRI Simonstown station commander, said: “At 20h19 NSRI Simonstown volunteer duty crew were activated following an emergency call to the Netcare 911 emergency control room from a man claiming that his friend had not returned from scuba-diving at St James Beach on the False Bay Coast and was now missing.

“Netcare 911 dispatched paramedics to the scene and activated the NSRI.

“On our arrival on-scene a friend of a 42 year old Sea Point scuba diver was found to be clearly distraught and he explained to us that he and his friend had arrived on the beach in the late afternoon and his friend had gone for a scuba dive, launching from the beach at St James Beach, apparently in preparation for a dive course he is due to attend overseas next week. While the friend waited for the scuba diver to return from the dive he had decided to go for a walk along the beach and when he returned from the walk the scuba diver still had not returned from diving and after it grew dark he became anxious and raised the alarm. Both men, the friend and the missing scuba diver, are from Sea Point.

“Based on the account given by the man and with him showing clear signs of being distraught by the possibility that the scuba diver was missing at sea we continued to treat this as a case of a scuba diver missing at sea.  All sea rescue resources deployed were instructed to continue to respond to begin a full scale search and rescue operation while further investigations continued to determine any other possibility of where the missing man ma.  With the scuba divers car still parked at the scene we had no reason to believe anything else had become of him other than being missing at sea.

“A phone call was made by rescuers to the man’s family to enquire if they had been in contact with the missing man and if they perhaps knew of his whereabouts; and if not, then to inform them that the man was missing and what steps were being taken to find him.  The mother of the missing man informed us that her son had just called her and that he was locked up in the cells of a police station after apparently being arrested by law enforcement agencies for allegedly being found diving in a protected marine reserve without a permit.

“All rescue resources were stood down as they were no longer required and the mans friend was relieved to find out that he was alive and well.

“It appears that while the friend had gone for a walk along the beach Law Enforcement Agencies had come across the scuba diver diving and they had arrested him for apparently not having a dive permit.” (Please note that the NSRI are not exactly clear on what the scuba diver was arrested for but from what we understand this account, in this media release, appears to be the case). 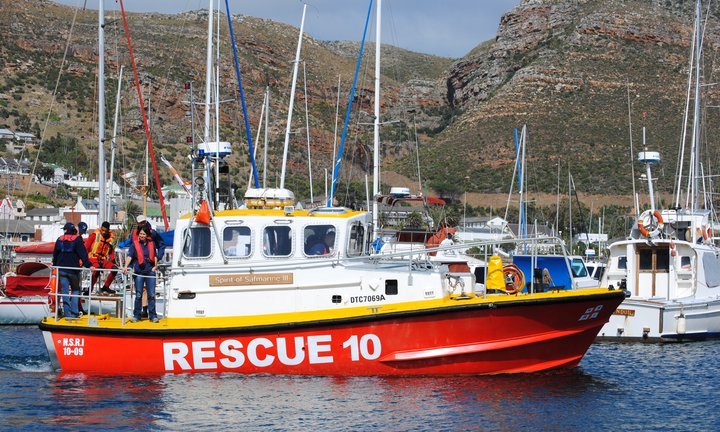