“At 09h04 (Sunday, 14 August, 2011) our NSRI Bakoven volunteer duty crew were activated following eye-witness reports of 2 surf-ski’s, 1 double surf-ski with 2 men onboard and 1 single surf-ski with 1 man onboard, in difficulties about 100 meters off-shore of Camps Bay Beach.

“It was immediately confirmed that an off-duty Clifton Surf Lifeguard, Greg Bertish, (Clifton Surf Lifesaving President), had witnessed the 3 men in trouble and had launched his paddle board from Camps Bay Beach to go to the men’s assistance.

“Greg Bertish, while paddling out to assist the 3 men, noticed that one of the men, the youngest of the 3, Andrew Still, 21, a UCT student, had managed to paddle to the beach safely without assistance, one of the two older guys, Anthony Still, 50, from Pietermaritzburg, who was further out, had begun swimming towards shore, and the third man, Andrew Still, 54, from De Rust, Klein Karoo, (also Andrews father), was still holding onto the double surf-ski and slowly making his way towards shore.

“When Greg reached 54 year old Andrew he found him to be in reasonably good condition in the water holding onto the double surf-ski but not able to get onto the surf-ski and beginning to feel the effects of exhaustion and hypothermia. Together they held onto Greg’s paddle board and onto Andrew’s surf-ski and together kicked (paddled) towards shore. Once closer to shore Greg helped Andrew to remount his surf-ski and they paddled to the beach safely.

“Anthony had managed to swim to shore safely without assistance but he was helped the last few meters by the ‘Polar Bears’ (a group of cold water swimmers who swim every Sunday morning at Camps Bay Beach and two of their members had also gone into the water to assist).

“Andrew admits that they had suddenly found themselves out of their depth after launching to go paddling from Camps Bay Beach this morning. Within minutes of launching the wind had changed to an off-shore South Easterly and in the very big rough sea swells they had capsized and found themselves being swept out to sea.

“Wearing no life-jackets and carrying no safety equipment they agree that despite being seasoned surf-skiers they had taken a risk launching today which turned unexpectedly against them and they were grateful for the help from Greg and the ‘Polar Bears’.

“Once ashore they were checked out by Camps Bay Community Medics and they were not injured and they required no further assistance.

The NSRI urge paddlers to carry safety equipment – Red Distress Flares; A signalling mirror (or CD Disc worn around the neck); a Referee Whistle; Communications Devices (Cellphone and/or VHF Handheld Radio); a Lifejacket to be worn at all times on water; and let a responsible person know of your departure time, your exact route, your return time, stick to your route and all involved should know the phone number of the nearest sea rescue emergency control center. 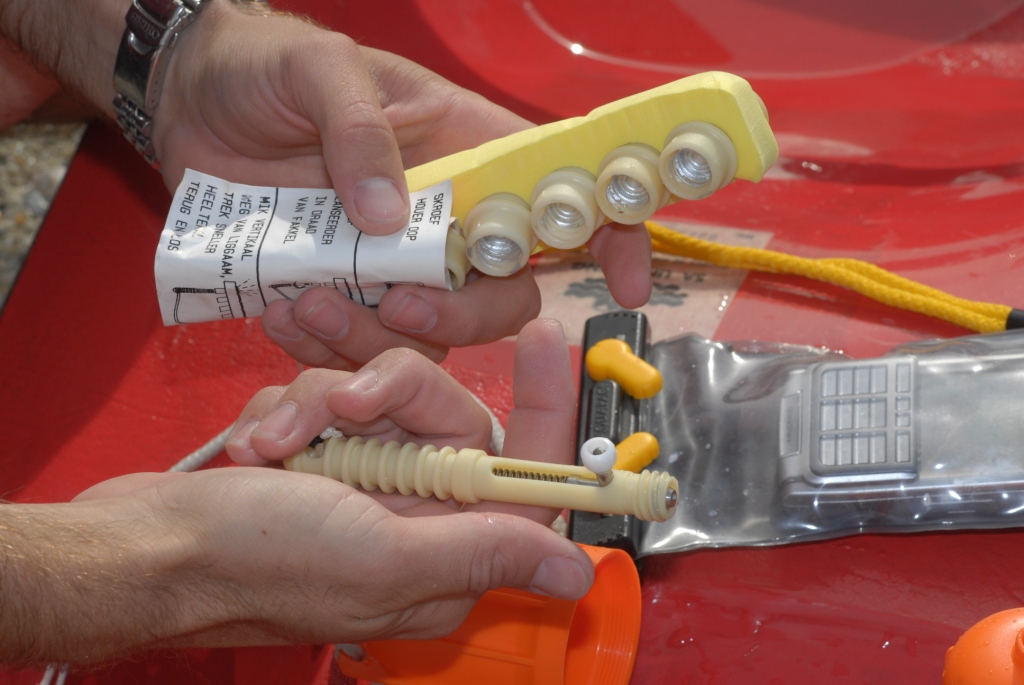