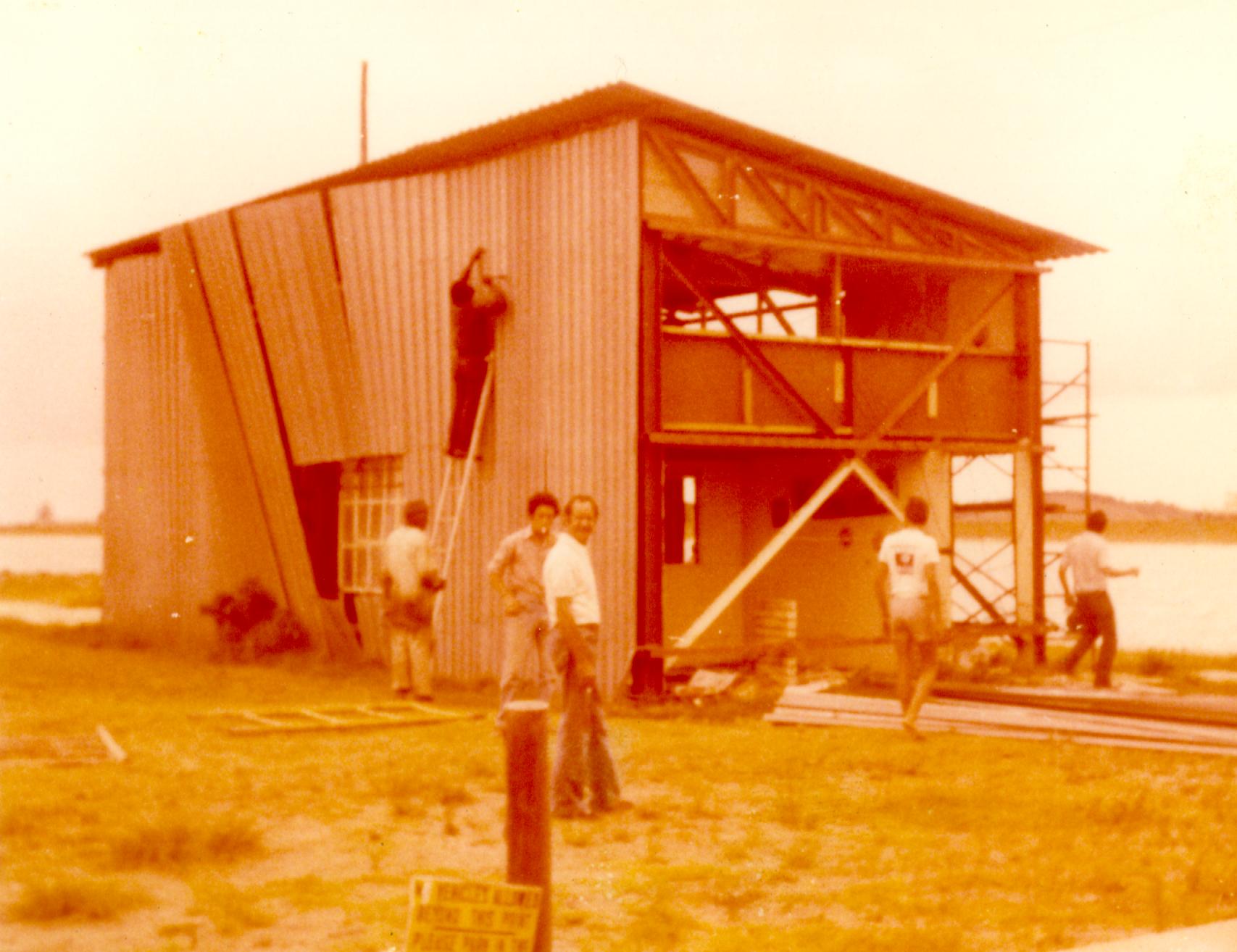 In 1975, after the idea of a Rescue Base within the new Port of Richards Bay had been approved by HQ in Cape Town, crew recruitment and training for the new rescue base commenced. In 1976 Station 19 Richards Bay became a reality when a boat shed was donated by the RB6 Consortium who were building the Harbour at the time.

A few months later the 6 meter inshore rescue craft Aberdare 2 was transferred from Port Elizabeth. In her first year of service the Aberdare was used in many rescues – some of which were extreme for a craft of her class. The need for a larger craft was apparent and 1977 saw the arrival of the Spirit of Safmarine, a 33 ton, 15 meter converted pleasure craft which was purchased with money donated at the official opening of the Port of Richards Bay on the first of April 1976. A certified Master was required to take her to sea, and this was not always possible.

In 1978 she was exchanged for the Hubert Davies, an ageing but very seaworthy 10 meter capable of a top speed of only 9 knots. Hubert Davies served us well and although heavy on maintenance she was responsible for some difficult rescues off the Zululand Coast, with the most noteworthy rescue being a fishing trawler the Jolly Dolphin where 10 crew were rescued as she floundered 6 miles off the Mozambique border. The 55 hour rescue operation was an extreme test of craft and crew.

In 1978 the station obtained a second hand Ford F250 and a rigid 4 meter rescue boat, Peter Cox,  which could be surf launched by two persons anywhere along the Zululand Coast. This was later replaced with a semi-rigid boat, Renship.

This successful combination proved invaluable for rescues on rivers and inland waters, with the two cyclones in the eighties testing our crews to the limit the station was able to assist hundreds to safety when major bridges were destroyed. 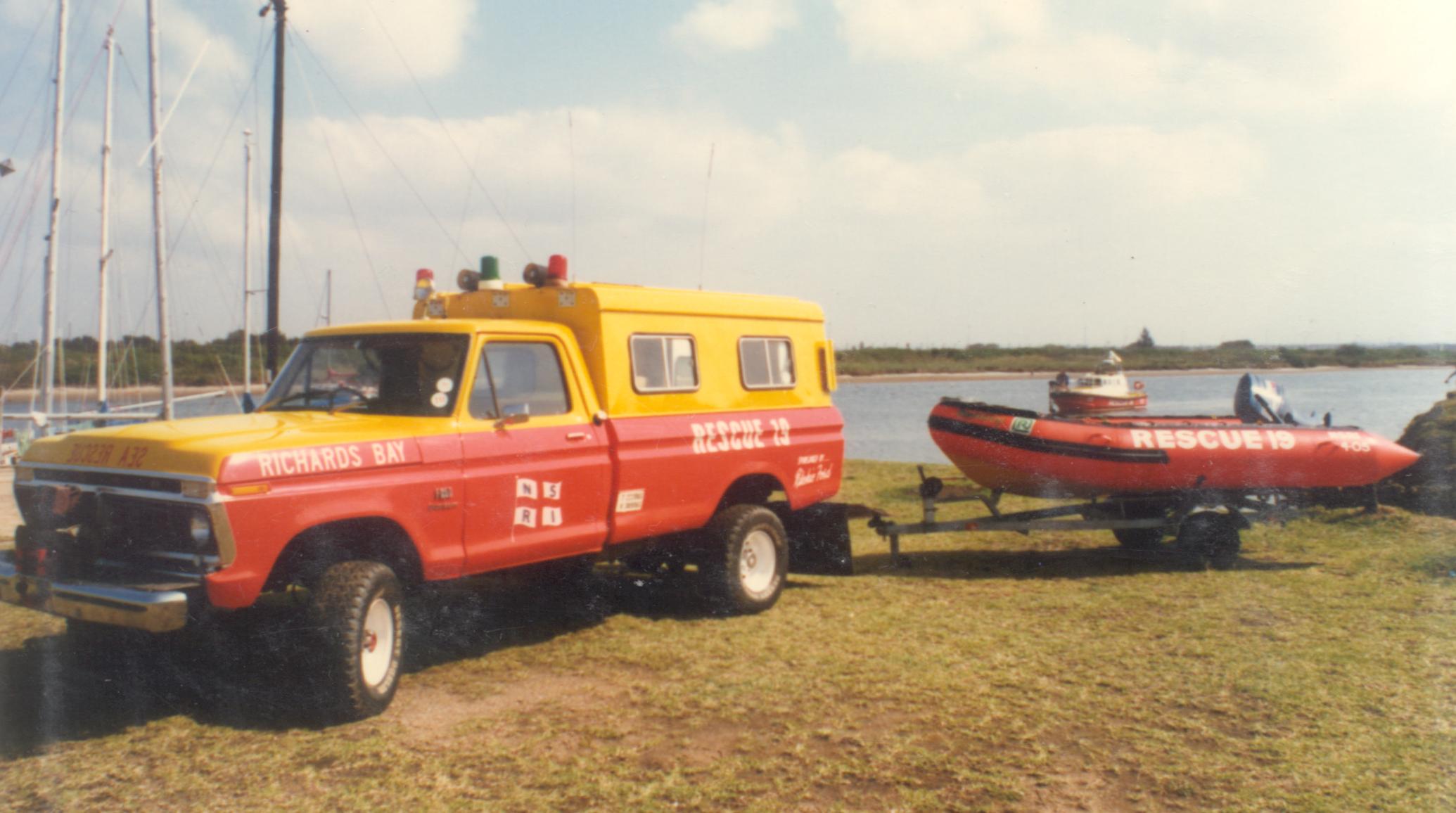 Toward the end of 1980 the crew who had worked every weekend and late into the night, finally completed building their new home for less than R12, 000 using  materials donated by local business. This building within the Yacht Club grounds served as our Rescue Base for twenty eight years. 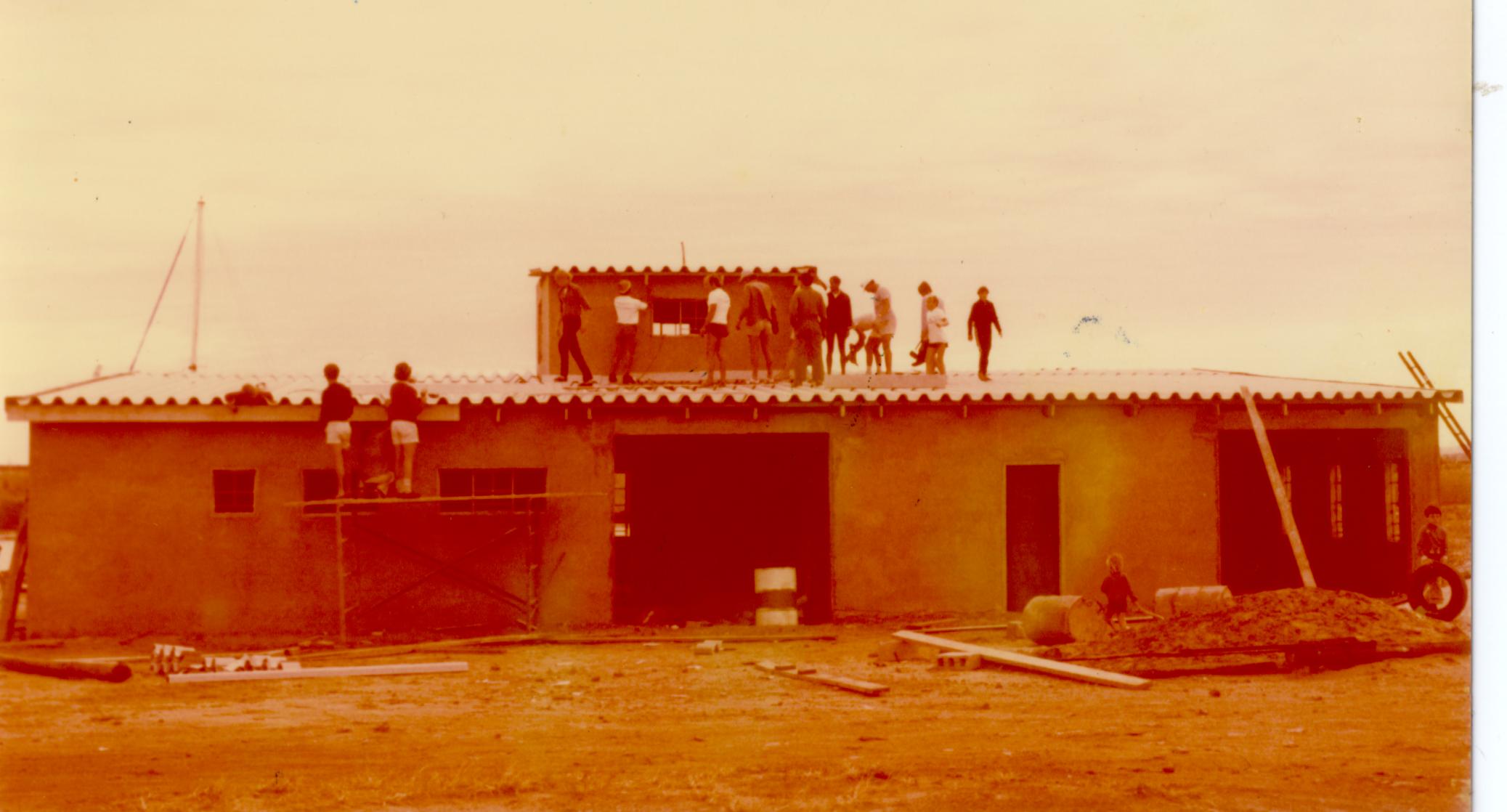 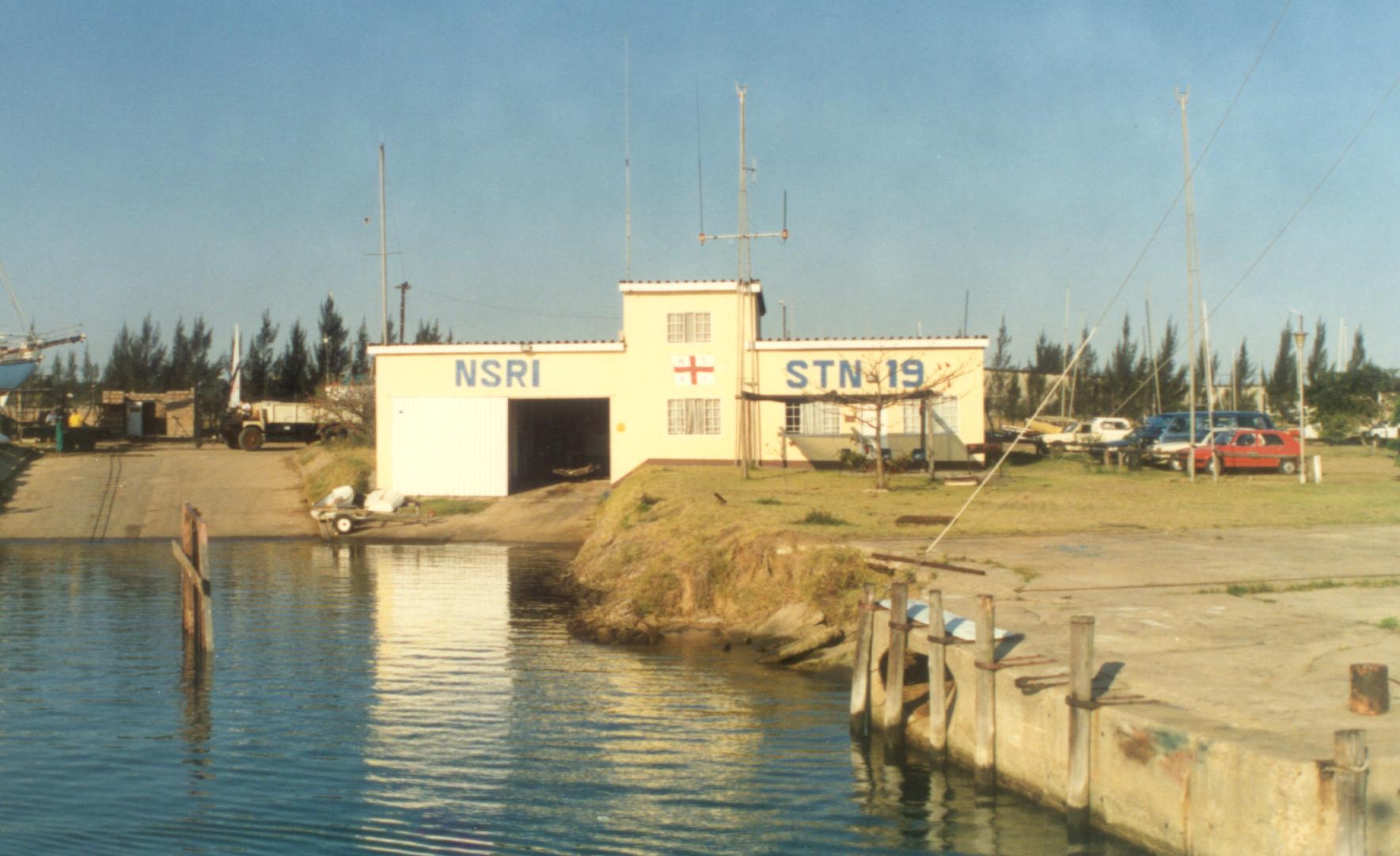 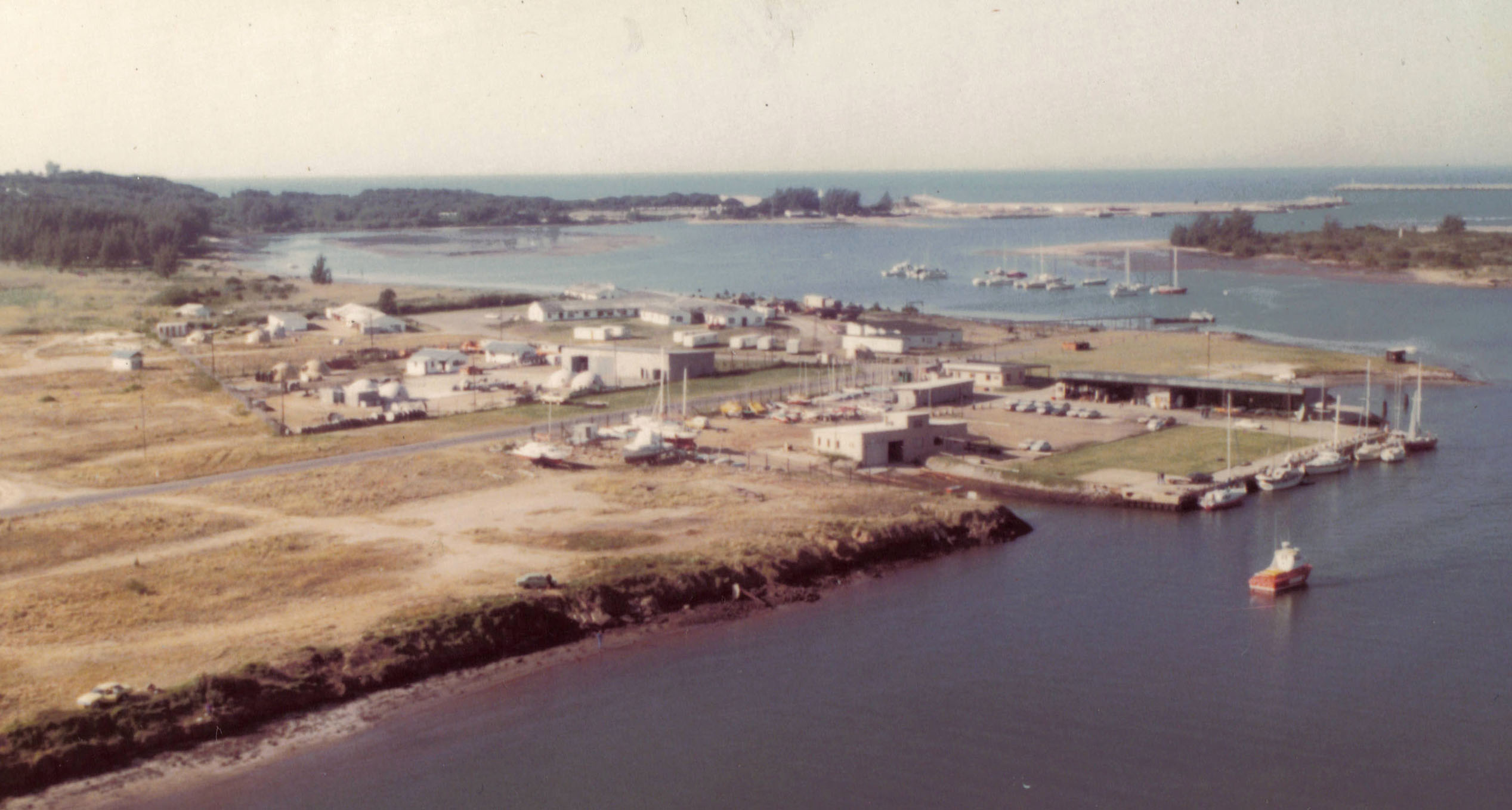 By the year 1981 it again became apparent that we needed a long range, reliable rescue craft for our stations large area of operation, Tugela River in the South to Kosi Bay in the extreme North, and fund raising for the new boat commenced.

In 1985 Hubert Davies was retired to Cape Town waters and our new craft, a Lochin 38 was on order from the UK. Mid 1986  “Spirit of Richards Bay” a 12 meter rescue boat built by Lochin Marine was proudly commissioned.

NSRI’s new flagship cost about 180, 000 pound, with an exchange rate of R2.40 to the British Pound, and a life expectancy of only twenty years.

Spirit of Richards Bay has served with distinction and has been responsible for many successful rescues with many craft towed to safety and numerous lives saved, proving it is the correct design for these waters.

We soon came to realize that we may never have the funds to replace this craft and did what was necessary to keep her in the best condition. However the elements began to take their toll as she stood at moorings alongside the wharf. It was obvious that we had to do as others throughout the world have done. House this valuable asset out of the water and under cover.  We had to prolong her life and ensure her readiness when the call came to go to sea in extreme conditions.

The possibility of raising the money locally for a new base building became a reality in 1999 when the late Doug Pheasant left a substantial bequest for our station to put toward a new base building. Doug had always supported Sea Rescue, and having owned the first yacht in Richards Bay he served for many years as a dedicated member of our stations support group always providing wisdom.

Until his death at the age of 80 Doug never missed his annual ride on one of our rescue craft, arriving at the Yacht Club dressed as Father Christmas, bringing gifts for many eager kids who firmly believed in Sea Rescues ability to find and rescue Father Christmas. 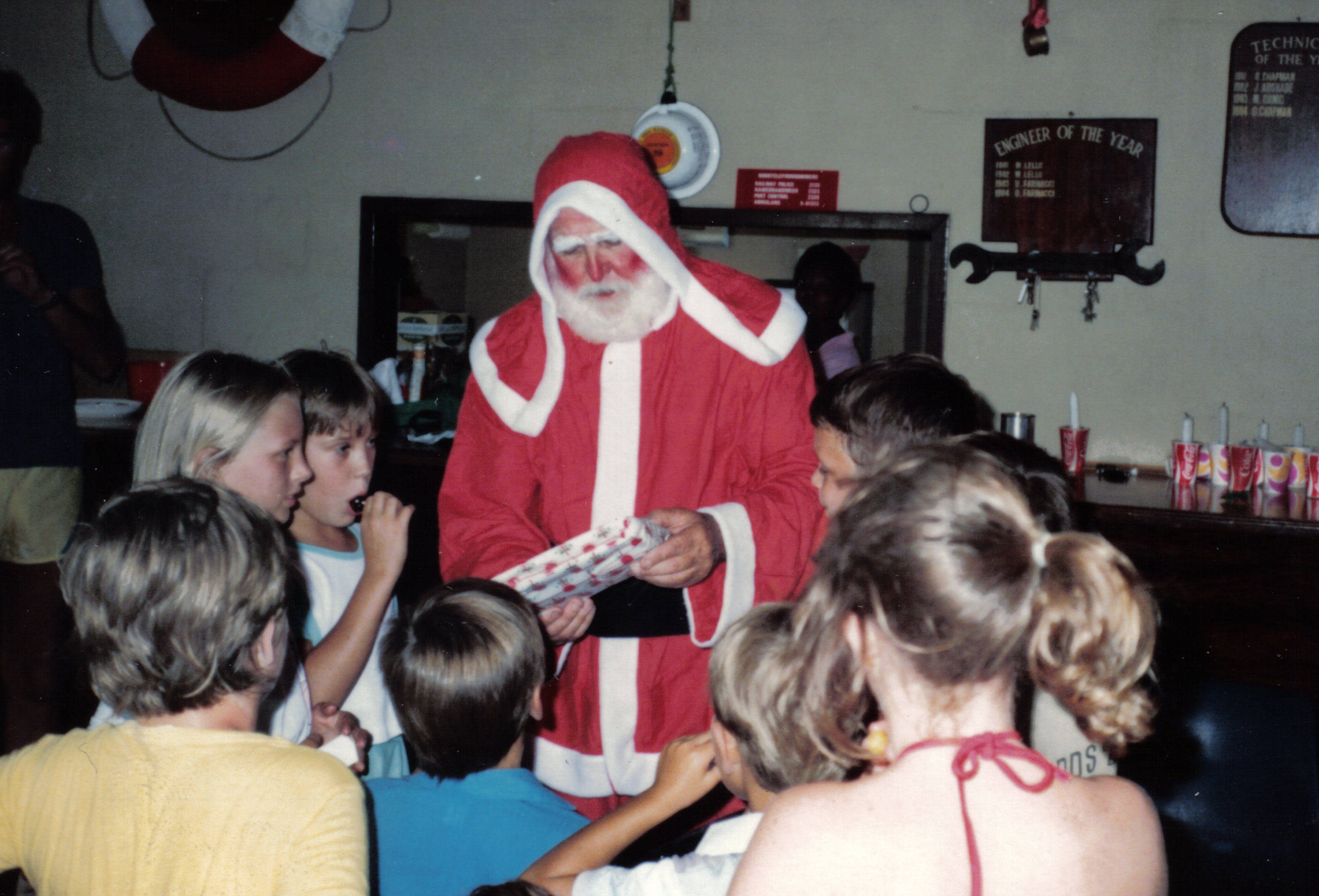 It was a difficult exercise to find affordable land with water frontage in Richard Bay, but the search began and many options were considered.

The preferred site for a few years was on Naval Island as it had a very good slipway which was built for the SA Navy, but Transnet were unable to decide on the future of this section of the Port.  During an informal discussion with our past Mayor, Alderman Denny Moffat, Councilors John Harvey and Louie van Zyl, the present site next to the Zululand Yacht Club was identified as a possibility and eventually with their assistance Council approval was given.

Fund raising commenced and once again the business community big and small as well as private individuals soon made this project possible.  This new building is the control centre for rescue operations. It is a home from home for our crew and their family, and provides a training facility which is essential to maintain the high standards we have come to expect from our crew.  We have indeed come a long way over the past 36 years and now that you know our history you should understand that we are proud and humbled by what we have, and our crew will certainly give their best.