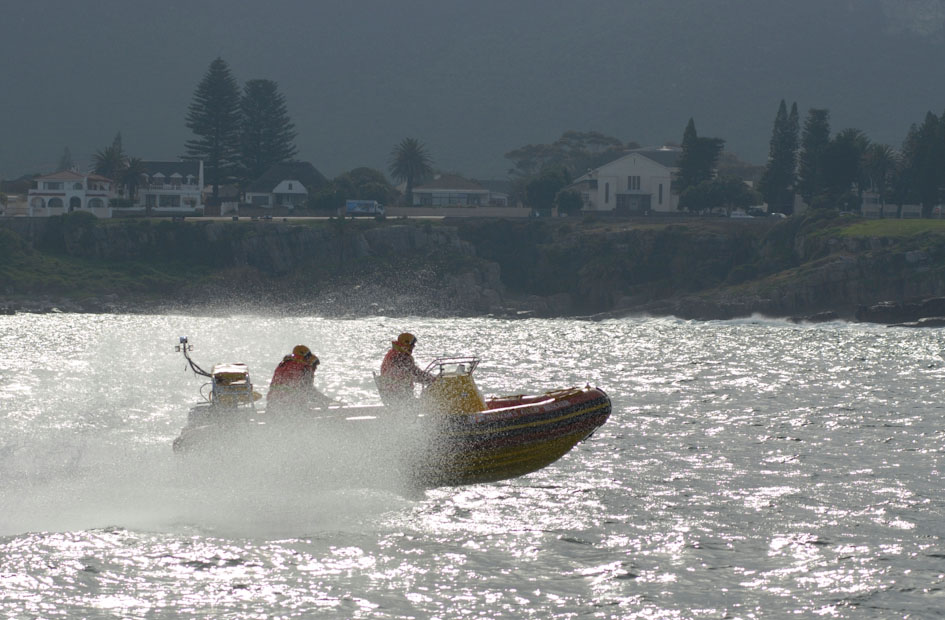 Just after midday on Friday – 24 June, 2011 NSRI Hermanus volunteers were called out following reports of a man swept off the Hermanus harbor wall.

A local whale watching boat crew, who were in the harbor at the time launched a rubber-duck after witnessing the man being swept off the harbor wall  and they managed to recover the man from the sea.

The body of the man was handed into the care of Police and the Forensic Pathology Services and although it is suspected that the man died from drowning an autopsy will be performed to determine the cause of death.

The NSRI are appealing to locals and tourists to exercise extreme caution around the coast during winter months. The South African coastline is notorious for big sea swells during winter storms.