At 10h25 NSRI Yzerfontein volunteers were placed on high alert following reports from a rubber-duck with 2 recreational divers from Parklands, Cape Town, reporting to be lost in thick fog following a dive near Dassen Island.

Despite having a GPS (Global Positioning System) onboard – which they were not familiar with – they had become disorientated in the thick fog to the point where they were at risk of running aground on the island if they had proceeded, according to Rudi Rogers, NSRI Yzerfontein deputy station commander.

NSRI had cellphone contact with the men and we coached them on the workings of their GPS after getting the make, model and their position. We could then give them a course back to Yzerfontein harbour.

Once in deeper waters, between Dassen Island and Yzerfontein, they could determine more or less where the sun was (through the thick fog). By keeping the sun behind their right shoulder coupled with them relaying information from their GPS to us saw the 2 men home safely.

As they approached Yzerfontein, still in thick fog, the last few miles, friends of theirs launched a private boat to go out and meet them and their friends brought them in the last mile or two.

Then at 16h17 NSRI Mykonos and NSRI Lamberts Bay were called out following reports to the local Police at Elands Bay of two Crayfish Bakkies (small fishing boats) reporting to be lost in fog off Elands Bay.

We got in cellphone contact with the 2 boats and they said that they had gone to anchor and were staying together. They were prepared to wait for the fog to lift. Between them they had 6 red distress flares which we advised them to save until the fog lifted enough for them to be seen said Darius van Niekerk, NSRI Mykonos station commander.

In the mean time Police and NSRI Mykonos and NSRI Lamberts Bay volunteers positioned coast watchers along the coast to act as lookouts.

Sea Rescue resources from NSRI Mykonos were en-route to Elands Bay, by road, when it was confirmed that these two boats had managed to get to shore safely.

A third call call was received from a Crayfish Bakkie lost in fog off Cape Columbine and NSRI Mykonos resources were diverted from the Elands Bay call and launched to begin searching for the missing boat in the Cape Columbine vicinity.

During an extensive search the fishing trawler Ankoveld found the Crayfish Bakkie after spotting them on their radar off Paternoster and Ankoveld guided the Crayfish Bakkie safely ashore.The crew of the bakkie were very disorientated by the fog and had led the NSRI Mykonos rescue craft into a search quite far from where they actually were.

A further 4 Crayfish Bakkies reported to be lost in thick fog off Lamberts Bay and NSRI Lamberts Bay launched their sea rescue craft to begin a Search and Rescue operation after the boats confirmed that they were in 12 fathoms of water and had travelled one and a half hours North of Elands Bay, in the direction of Lamberts Bay, and had passed the Radio Tower.

Judging by what they told us we had a very god idea of where we would find them said Ron Selley, NSRI Lamberts Bay station commander.

On numerous occasions during the search we came close to colliding with local fishermen who had launched their own fishing boats to search for their friends but without telling the rescue authorities said Ron.

Following a 3 hour extensive search it turned out that we had been searching in vain. The boats which had reported to us to be in 12 fathoms of water in the vicinity of the Radio Tower, then reported to Police that they had lifted their anchors and travelled for over an hour in the opposite direction and probably passed the rescue boat at sea.

Police vehicles were then positioned along the coastline and used their sirens and the lost fishermen were requested, via cellphone contact, to listen out for them.
At around 23h00 the 4 boats were found to be close to Elands Bay, after they had heard one of the Police sirens, and they all managed to get safely home to Elands Bay where they were reunited with their anxious families.

While the NSRI appreciate any additional help from locals we are encouraging the local fishermen not to launch their own search until they have contacted the NSRI in order for their additional resources to be utilized effectively in a coordinated operation. This will help prevent any possible accidents. We are also encouraging the fisherman to stay where they are if they are lost in thick fog. The boats would have been found much earlier if they had not moved off towards Elands Bay. 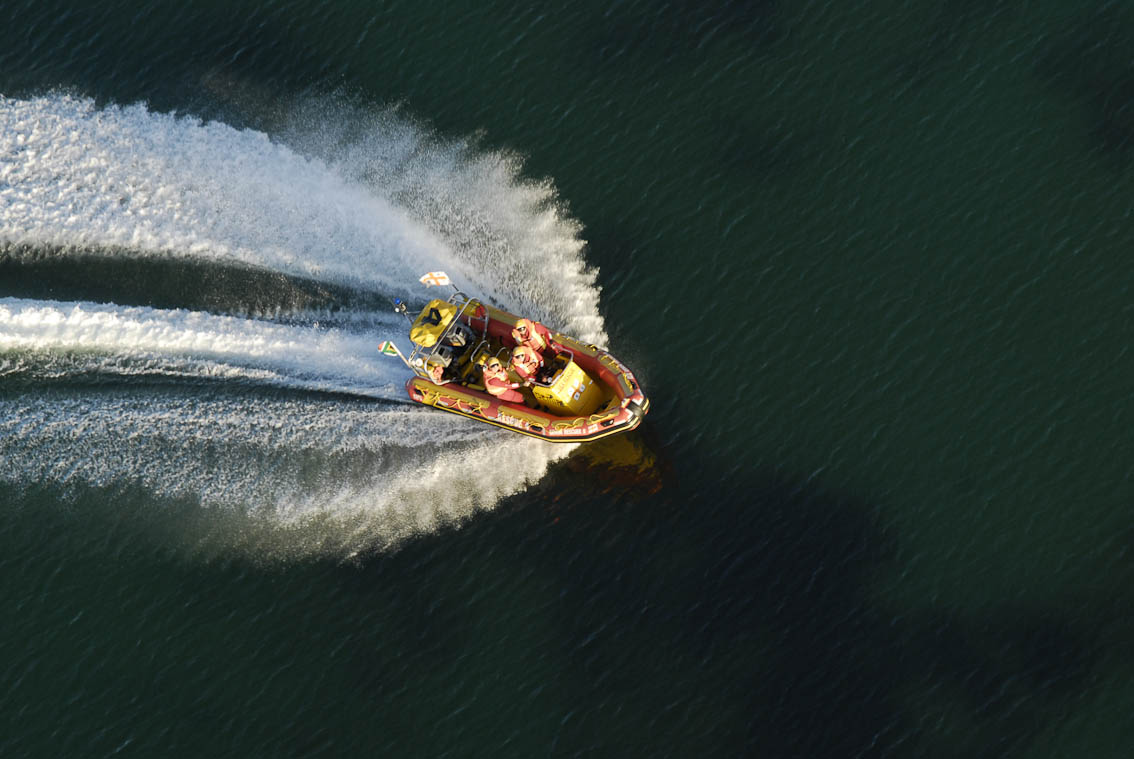