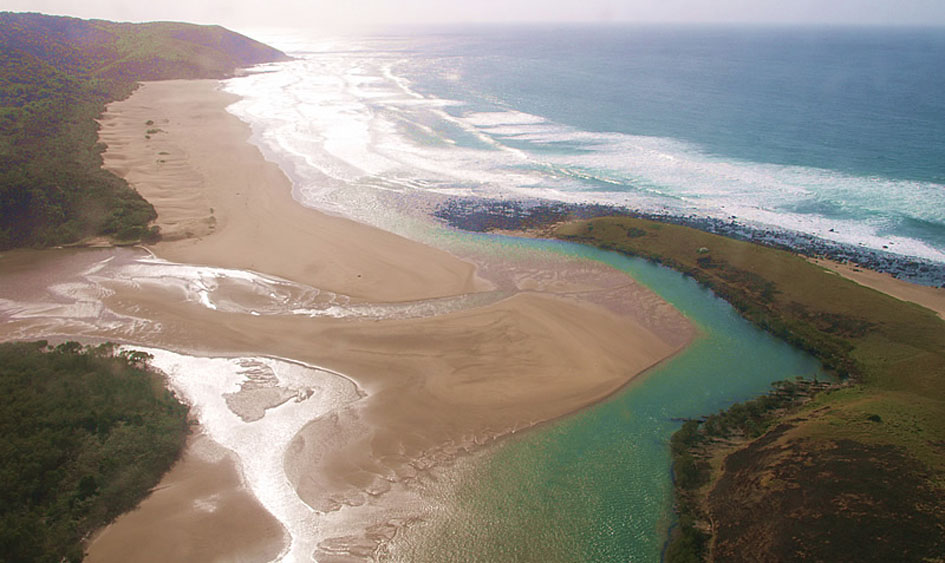 A 21 year old Belgian Citizen, Bavo Verheyden, on a holiday from Louvain in Belgium is missing, presumed drowned, at Ntafufu River Mouth near Port St Johns. His older brother, 29 year old Bart Verheyden, who works as a doctor in Zeerust, and who was swimming with him, managed to swim out of a rip current and has survived.

We launched our sea rescue boat Freemasons Way  and on arrival on-scene found 35 foot breaking swells and a 10 knot North Easterly wind. The sea was extremely rough and the breaker line way further out to sea than normal. An extensive sea and shoreline search revealed no sign of the 21 year old Belgian National who was reported to be in difficulty.

He had been working in South Africa and was on holiday with his brother in the Transkei.

They had gone for a swim at the beach adjacent to the Ntafufu River Mouth when according to the Bart they were swept out to sea by strong rip currents. The 29 year old managed to get to shore but lost sight of his brother in the large seas.

Locals from a resort that the two men were staying at launched a search before activating NSRI and it is believed that the incident happened at around 11h30.

A police k-9 unit will be dispatched to the area today, 19/04/2011, to continue a search and NSRI are being assisted by the Belgian Consulate and the Department of International Relations and Cooperation to deal with the matter. An inquest docket will be opened by Police.

The full-moon Spring tide and very rough sea conditions may have contributed to this tragic incident which occurred at the peak of the Spring high tide.